UPDATE: HAZLETON — Police identified the man shot on Saturday as Zachary Dangelo.  According to authorities, Dangelo, 26, of Freeland was found by the own... 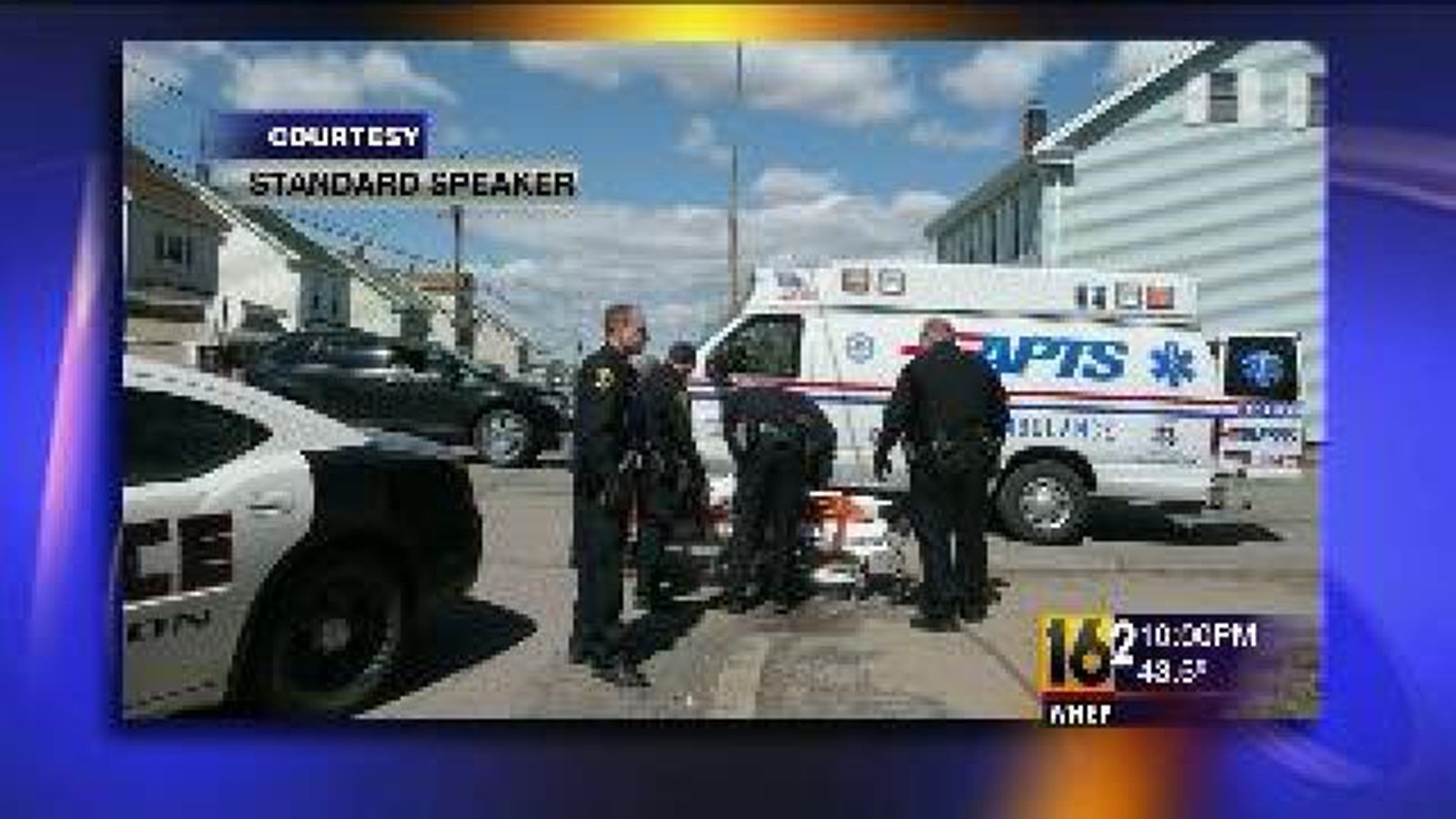 UPDATE: HAZLETON -- Police identified the man shot on Saturday as Zachary Dangelo.  According to authorities, Dangelo, 26, of Freeland was found by the owner of a home on Hayes Street attempting a burglary.

Police said he was shot in the stomach by the homeowner.  He is now listed in stable condition.  The investigation will continue.

HAZLETON -- Police said a man is in critical condition Saturday night after he burglarized a home on Hayes Street, and was shot when the homeowner returned.

The intruder had to be airlifted to the hospital.

What looked like a quiet neighborhood, just hours before, was the scene of a home invasion and a shooting.

Neighbors are fed up.

"It’s ridiculous, I heard gunshots outside my house the other night, I called the police they didn't find anything, but something has to be done,” said Bob Woodring of West Hazleton.

An American flag sits in the window of the home, while a national rifle association sticker welcomes any visitors, and intruders.

Police said the burglar, who is not yet being identified, was inside this home when the homeowner walked in around noon, to find the man trying to take stuff.

Officials believe the homeowner shot the intruder once in the pelvic area.

When police arrived, they found the homeowner, who is also not being identified, holding a gun saying he may have shot a man who broke into his home.

Police said a search for the burglar led them to a nearby home.

The intruder was airlifted to a trauma center and is in critical condition.

Neighbors said they are tired of the break-ins and the gun shots, because it’s becoming an everyday occurrence.

"It's a shame you have to be worried about coming home to your own home and it's unfortunate, but luckily the guy was able to defend himself," said James Stemrich of Hazleton.