WILKES-BARRE, Pa. — Relatives of Shaheen Mackey still have no idea what caused his death after a scuffle with corrections officers in the Luzerne County P... 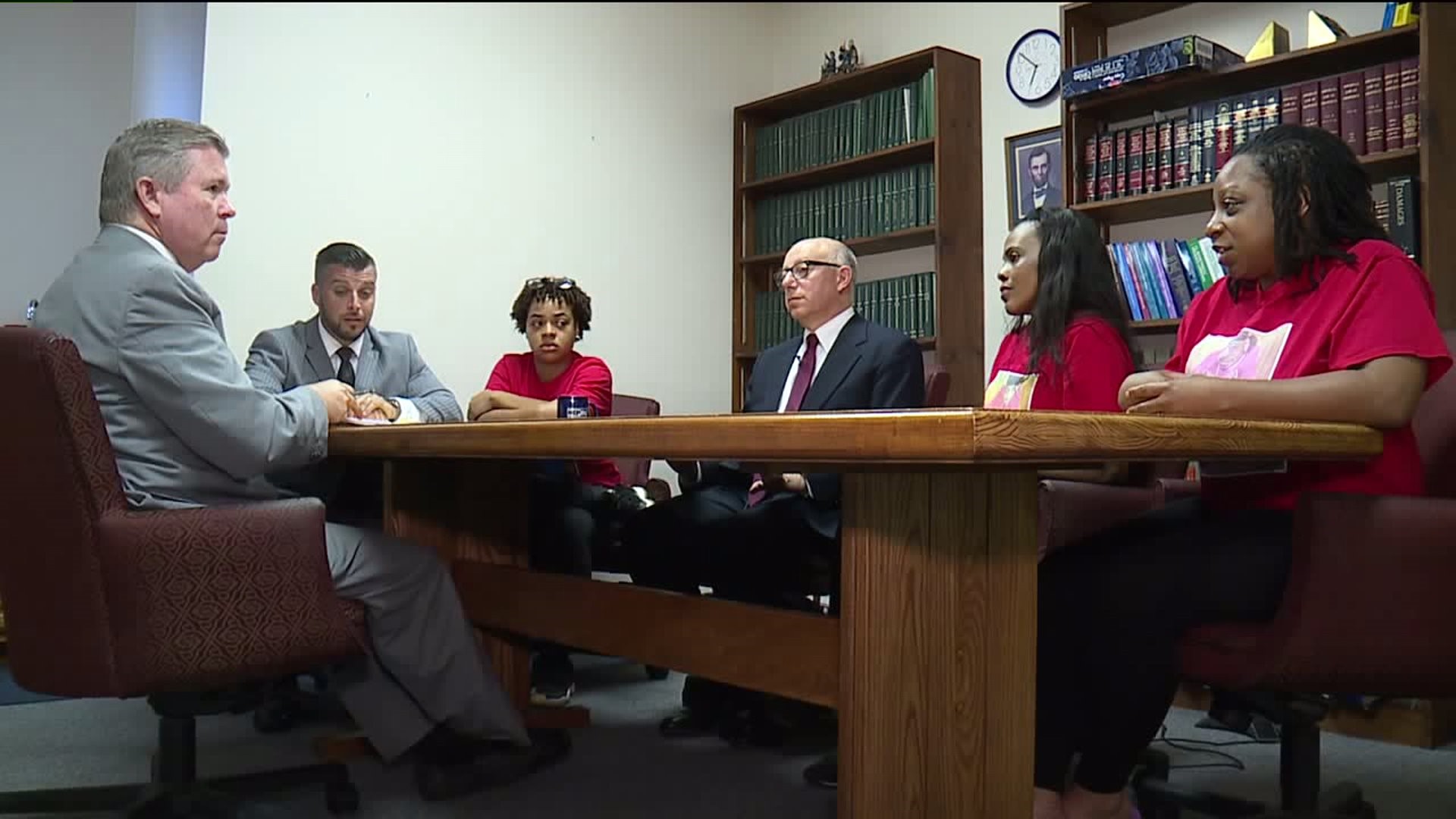 WILKES-BARRE, Pa. -- Relatives of Shaheen Mackey still have no idea what caused his death after a scuffle with corrections officers in the Luzerne County Prison last month.

They claim they should at least know autopsy results and have some idea if any corrections officers will be arrested or fired.

A coroner performed Shaheen Mackey's autopsy on June 9 and said it would take three weeks for a conclusion so he could test for drugs or alcohol in his system.

Mackey's sister, cousin, and daughter want to know why they are not getting a clear picture of how the man pictured on their t-shirts died.

"If you're asking my opinion, it's obvious they're hiding something," said cousin Sheina Mackey.

Shaheen Mackey was brought to the Luzerne County jail on June 6, charged with violating a protection from abuse order.

According to the jail's press release, Mackey scuffled with corrections officers, then collapsed. His relatives say he never regained consciousness and died in a hospital two days later.

"It's frustrating not knowing how he died," said his sister Rasheda Hammonds.

Investigators with the Luzerne County district attorney's office say they have surveillance video of the scuffle but are not letting Mackey's relatives or lawyers see it.

"The only thing we can think of is that the video shows something they don't want us to see," said Mackey family attorney Theron Solomon.

"When law enforcement has done nothing wrong, they are quick to show you what they have," said Mackey family attorney Barry Dyller.

Luzerne County District Attorney Stefanie Salavantis tells Newswatch 16 that she cannot comment on this criticism while her office investigates Mackey's death. She adds that her office's investigation will be thorough and accurate.

Mackey's cousin says the family just wants the truth, even if that investigation finds Mackey is responsible for starting the altercation here at the prison and it results in no corrections officers facing criminal charges or discipline on their jobs.

"He shouldn't have been carried out of there on a stretcher with bruises all over his body," said Sheina Mackey.

Mackey's 17-year-old daughter says the lack of answers makes her father's death even harder to take.

"He's the most amazing dad ever," Tati Mackey said through tears.

The Luzerne County district attorney's office is not putting a timetable on when it will wrap up its investigation, and Salavantis says finding out what caused the death of Shaheen Mackey is one of her office's top priorities.