Increased capacity still not enough for many venues

The decision to increase indoor event capacity may be good news, but smaller venues and some in the wedding industry say it's still crushing for their livelihoods. 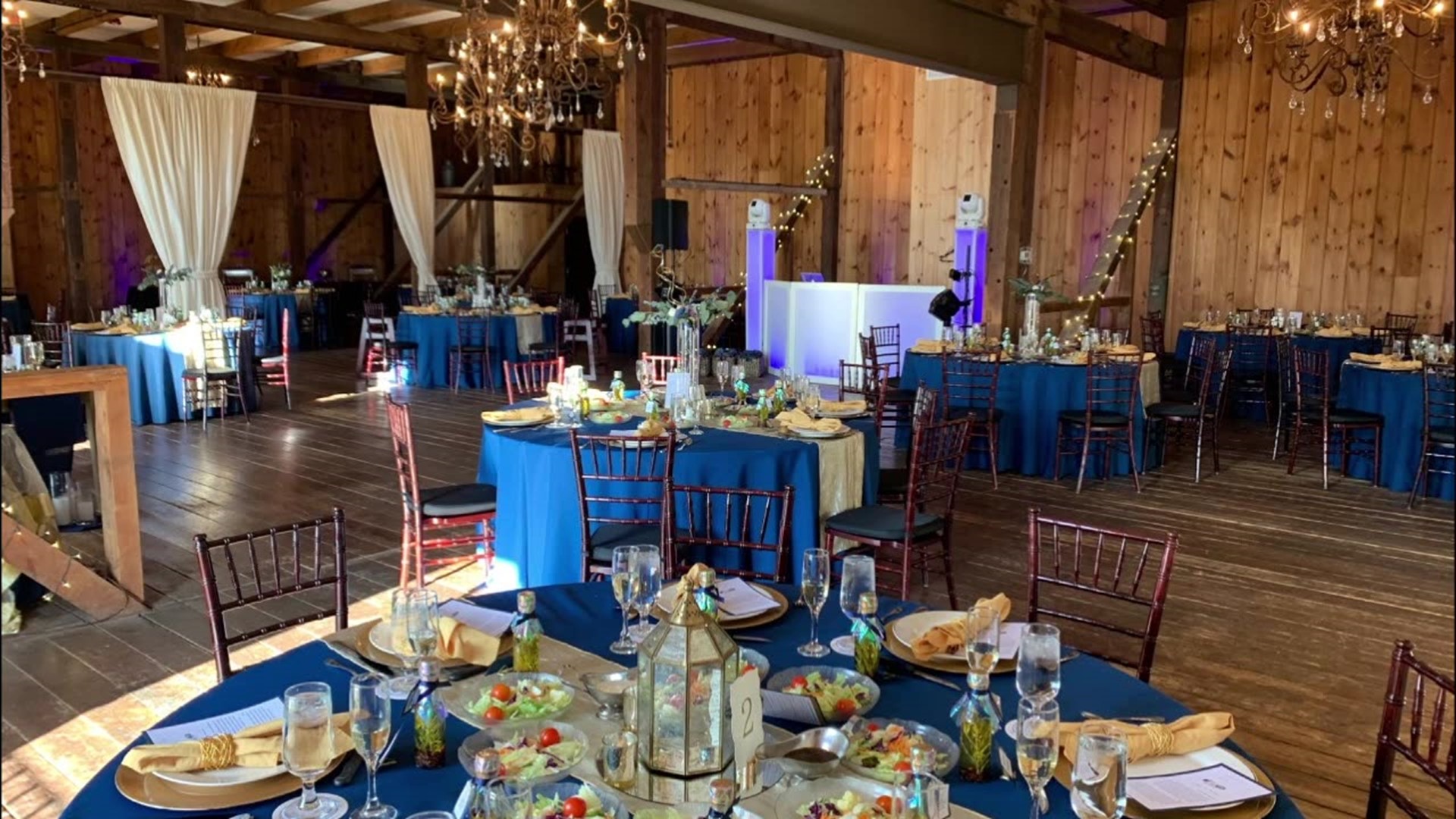 ASHLEY, Pa. — Newswatch 16 met with members of the wedding industry in Luzerne County inside the empty Grand Bank venue in Ashley to talk about their concerns for the future of their businesses.

“Governor Wolf said there's light at the end of the tunnel. But I don't know what that light is like. It could be a freight train coming at me because that's what it feels like some days,” said Ashlee Martinelli, the owner of The Grand Bank and Every Little Thing—two wedding-focused businesses in Luzerne County. “I have no idea. There's no way to anticipate what comes next.”

On Monday, the governor increased indoor event capacity to 15 percent from 10 percent.

But that's not enough for places like the Grand Bank to hold events again. It’s not just these venues disappointed with the small increase.

Smaller businesses like DJs and linen services say it hurts them too.

“If you can't get that many people in to have your wedding, it trickles all down to those different vendors and event planners,” explained DJ and owner of Platinum Production Entertainment Joshua Turner. “The vast majority of this is a lot bigger than just saying, 'Hey, the reception halls have been hit the hardest.' Well, if a DJ can't go in there and obviously DJ, he's affected, and the florists are affected, so it's a bigger scope than it is just by saying, you know, we only bumped up 5%.”

While some people are still having smaller ceremonies, Kelly Horn with Lavender Linens says her business often gets cut out.

“What's happening now is that we're just not being needed, you know. Even with the smaller weddings that people have been having, they don't tend to do the upgrades. So they're keeping very basic, which kind of keeps us out of the loop,” said Horn.

Because the industry is so dependent on planning ahead, these owners say delays in restriction changes only mean a longer financial pain for these types of businesses.

“Until the governor decides to release things even more, so you know the industry itself is being decimated over the next couple of months,” said John Phillips with MCR Design Group.

“It’s so damaging that I fear for a lot of our vendor friends, like will everyone come back from this? I want to be that ‘Jenny’ boat in Forrest Gump after the storm that that rides it out, but it gets harder and harder to keep that positive attitude when it's just like, punch after punch,” said Martinelli.

As of now, all these small business owners say they can do is wait for the governor to make another announcement about lifting more restrictions.