Tony Bonczewski passed away overnight in his sleep at the age of 91. This was to be his last week running his shoe repair shop in Wilkes-Barre before retirement. 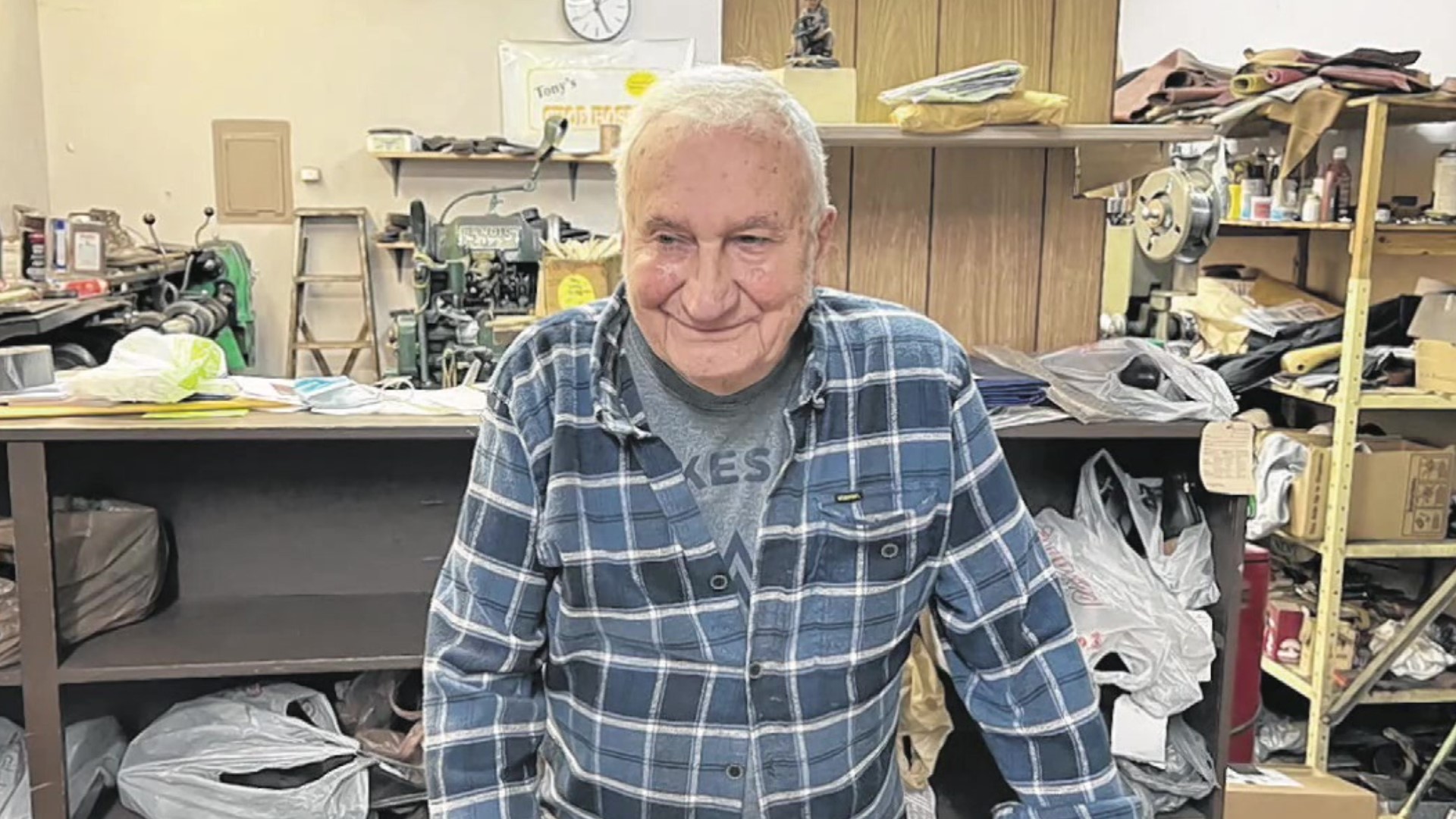 WILKES-BARRE, Pa. — Whether you were entering 15 Public Square from its front door or the parking garage in the back, there has always been a constant. Not only the signs for Jordan's Shoe Repair but the man behind the shop, Tony Bonczewski, was usually there to say hello.

"I've been in this building since 1988, and every morning, come in the back door, and you look automatically in the and see Tony," said Tom Leighton, a former mayor of Wilkes-Barre who has offices in the building. "And if he was looking at the door, which most likely was at all times. He gives you that little wave. Coming in this morning and looking in there and seeing Tony was not there was very, very sad."

Tony passed away overnight in his sleep at the age of 91. This was to be his last week running his shoe repair shop in Wilkes-Barre before retirement.

His passing caught those who work here and next door at Circles Deli by surprise since Tony was quick with a joke and didn't look a day over 75.

"I just saw him yesterday; just I can't believe this happened. He was in the store tinkering around. He was telling me that the guys who bought his equipment were going to come in today and take it all," said Circles owner Brenda Sokolowski. "And he was going to hang out for a few more days and then retire."

People in neighboring businesses called Tony the unofficial mayor of Wilkes-Barre because he always knew what was going on or where to go if he didn't.

What folks say they'll miss the most about Tony is his friendliness and attention to detail.

"Absolutely. He always watched out for us. I would come in later in the morning; he would come and check on me, 'You were late today.' He knew exactly what I should be here, what was going on," said Sokolowski.

"And I never knew how he kept track of the shoes. I would drop my shoes off. He wouldn't tag them. He would put them in the pile. 'Come back tomorrow at two o'clock.' I go back tomorrow at two o'clock, he gets him out of the pile, and they were repaired. Don't ask me how he didn't use tags; he didn't. He just put him in the pile. But he knew my shoes. I don't know how he did it," added Leighton.

Whether it was fixing shoes or just saying hello, people who knew Tony say he will be truly missed. The family will be holding private service for Tony at a later date.