During these hot summer days, it's common for folks to cool off at a nearby creek. One such location in Luzerne County has become a cause for concern. 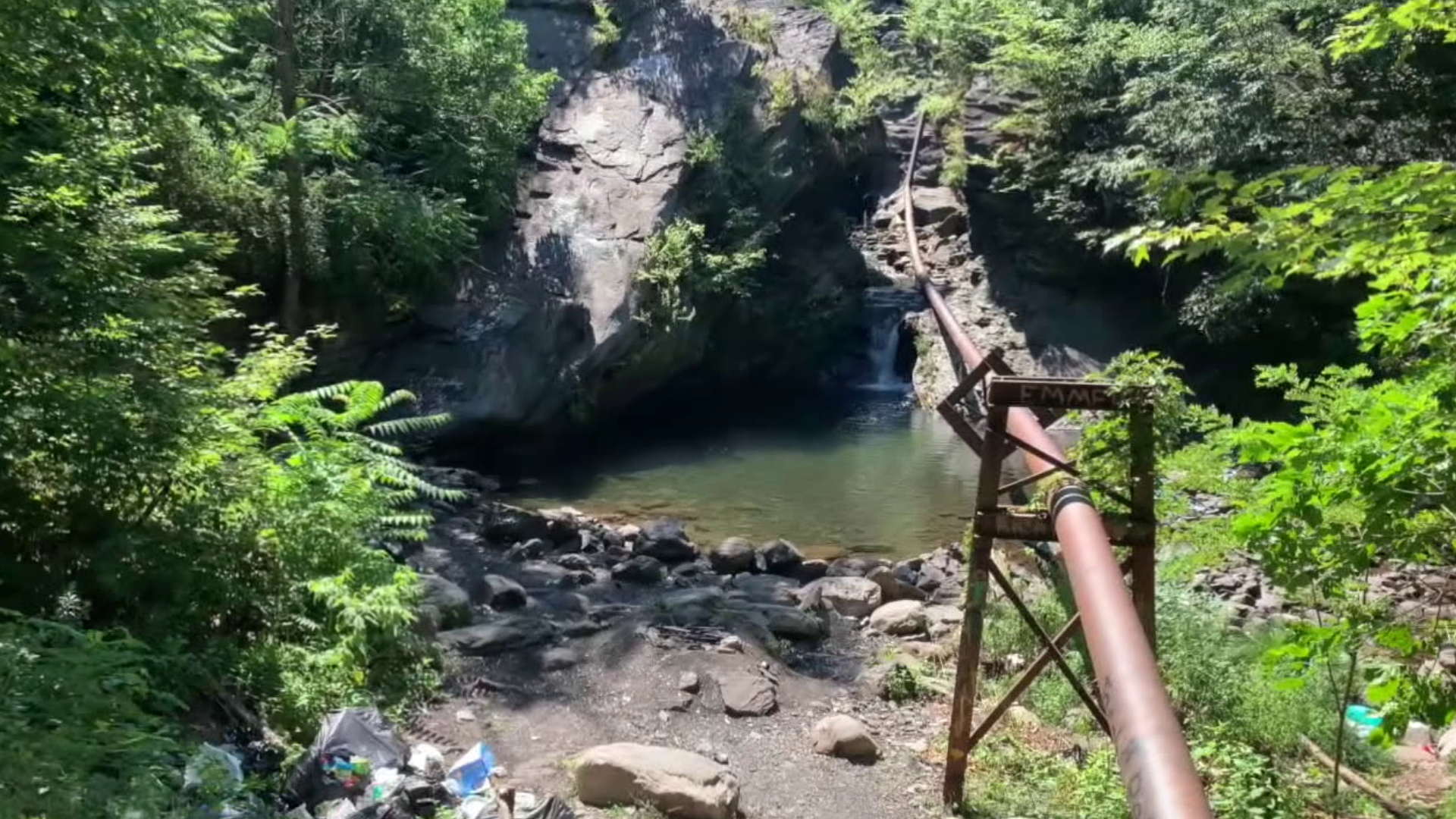 ASHLEY, Pa. — Tucked away between the borough of Ashley and Hanover Township is a scenic spot on Solomon Creek until you see piles and piles of trash along its banks.

"The trash that's up here that we've seen has been nothing like we've seen before," said Bobby Hughes, the executive director for the Eastern Pennsylvania Coalition for Abandoned Mine Reclamation.

Hughes says this place, in particular, is a swimming hole known as "The Sandy," one of three along Route 309 on the way to Mountain Top. In 2012 when he was working along the watershed, it was spotless.

"We get it. It's hot out and we need places where we can cool off and refresh, but more importantly, we need to pack in and pack out what you bring with you. Don't leave it here."

To get to here you have trespass behind the old Bentley's event venue and bypass gates put up by the private landowners before getting to the water, which is owned by the Pennsylvania Game Commission.

Hughes, along with Greg Griffin of the Wilkes-Barre Area Blight Committee, and volunteers are planning to clean up the area on Saturday.

"It's such a shame because it's a beautiful natural resource that the trespassers have gotten to and they temporarily destroyed it," Griffin said.

Newswatch 16 was brought here with permission along with some volunteers who just wanted to take a look at what they'll be faced with on Saturday during the cleanup.

"(It's a) disturbing sight down there, all that trash in the area, beautiful waterfall, surrounded by mounds of garbage. It's hard, it makes you sick, it does," said Beverly Edwards.

"You wouldn't believe how bad it is until you actually see it," David Edwards added.

"Our job is going to kind be to clean this area up and work with the private landowners and the Game Commission to see that we can get this back to a natural state," Hughes said.

if you would like to join in the effort, you can meet the cleanup crews in the Bentley's parking lot at 10 a.m. on Saturday. A Facebook page for the cleanup can be found here.