Andrea Briggs fulfilled her dream of owning an ice cream shop after first setting out to do so more than 30 years ago. 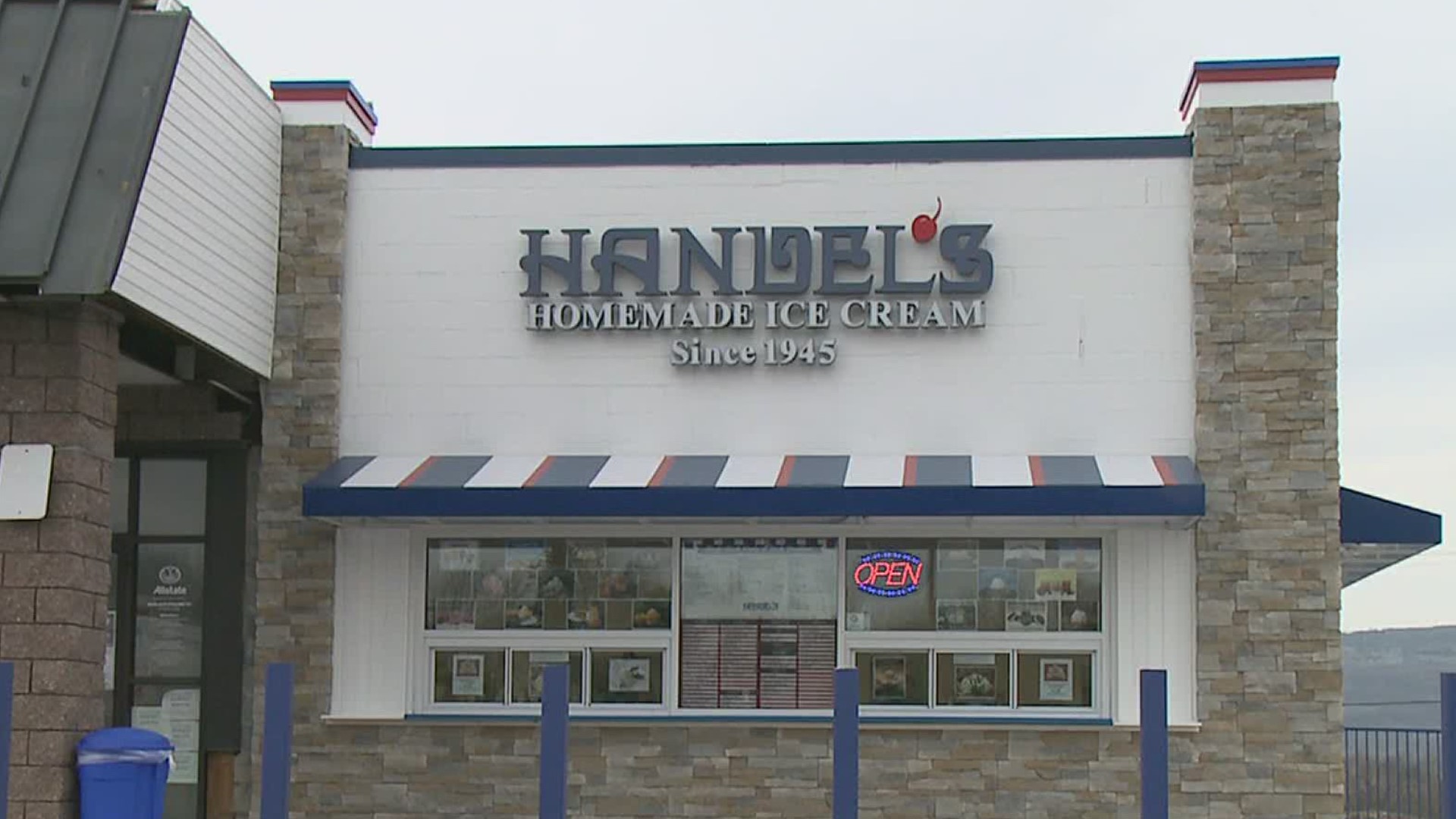 LUZERNE COUNTY, Pa. — Going out for ice cream in November might seem silly to some, but not Andrea Briggs.

"People like ice cream all year round. It doesn't matter. Even if you're eating it under a blanket, it's a good thing to have. You find comfort in it," Briggs said.

At the age of 13, Briggs worked at a Handel's Homemade Ice Cream Shop in Ohio. Now, more than 30 years later, she's fulfilled her dream of opening a shop and has done so on North River Street in Plains Township.

"You dream of this, and it takes so much time and effort to get this going. And I was actually supposed to open right when the pandemic hit, so that was, you know, like, 'Oh, my gosh, I can't believe.' All of a sudden, everything comes to a halt. So when we were actually able to open, which was at the end of June, it was definitely a blessing because I finally see everything come to fruition," said Briggs.

The owner tells Newswatch 16 she's been busy this season with orders for smaller Thanksgiving gatherings, but she says as she's putting together ice cream and pie orders. She's reminded about what she's thankful for this year.

"I'm thankful, though, for everyone that has supported us thus far, and you know, we see familiar faces weekly, so that that's something that is a blessing, and I'm very grateful for that. And I mean, I'm just finally thankful to be open, you know, and trying to just go day by day," Briggs said.

The shop will be closed on Thanksgiving and Christmas, but it will be open from 11 a.m. to 9 p.m. otherwise, if you want to stop by for a holiday dessert.