‘I was ready for spring’ – Digging Out in Hazleton

HAZLETON — You would think after the first big snow storm of the year with most schools in Luzerne County closed for the day, kids would be outside everyw... 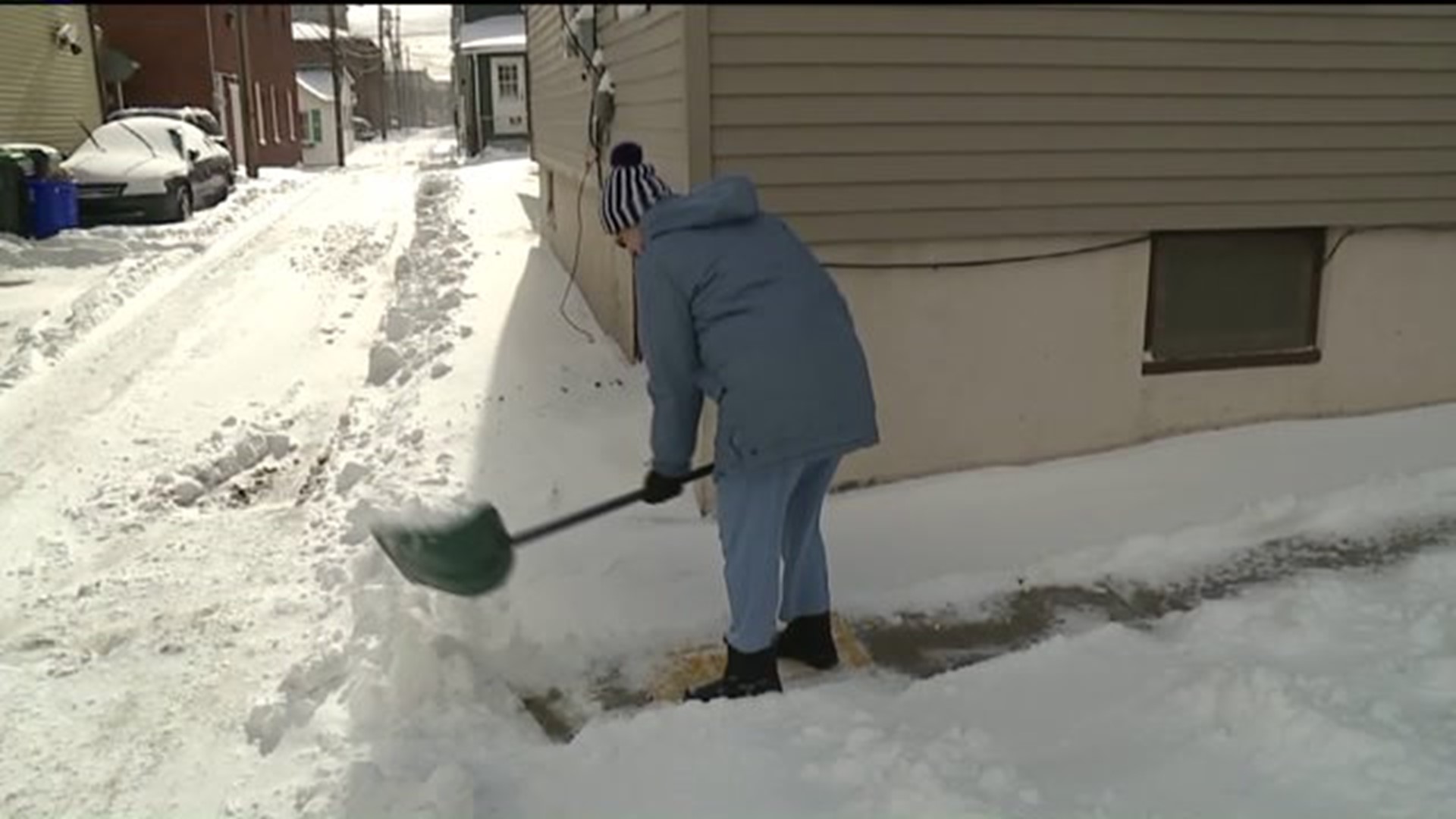 HAZLETON -- You would think after the first big snow storm of the year with most schools in Luzerne County closed for the day, kids would be outside everywhere having fun, but it was not the case in Hazleton.

"The wind is just going into your face and yeah, it's just too cold."

10-year-old Michele Hernandez came outside, briefly, after the snowstorm to helping her dad shovel the sidewalk.

After she's done her plan is to get some hot chocolate. She'd prefer to be anywhere but outside and she is not the only one unhappy in Hazleton with all this snow and wind.

"I don't like it!" said Georgia Rusnok. "I was ready for spring. Yesterday I was pulling out my poinsettias out of my planters."

Today, Georgia Rusnok is shoveling snow in front of her home.

In some places in Hazleton, the snow is at least a half a foot deep, if not a foot with the wind drift. That is more than some expected.

Despite all the snow and the windy weather still pushing it around, hours after the storm, state police in Hazleton say the roadways have been relatively safe.

"Of course with any snowstorm, you are going to have some accidents, but PennDOT has been out since last night and they have been doing a really good job. The roads have been clear, and so far we having a pretty good travel day," said Trooper Anthony Petroski.

State police want to remind people that although the snow storm is over, drivers should still be extra cautious.

"Don't be fooled that it is not snowing. There could still be some issues with the roads. You never know with the snow drifts, there could be some ice on the road. Always take your time and be cautious."