WILKES-BARRE, Pa. — Police in Wilkes-Barre are looking for five men they say are responsible for some of the recent violence in the city. Over the past tw... 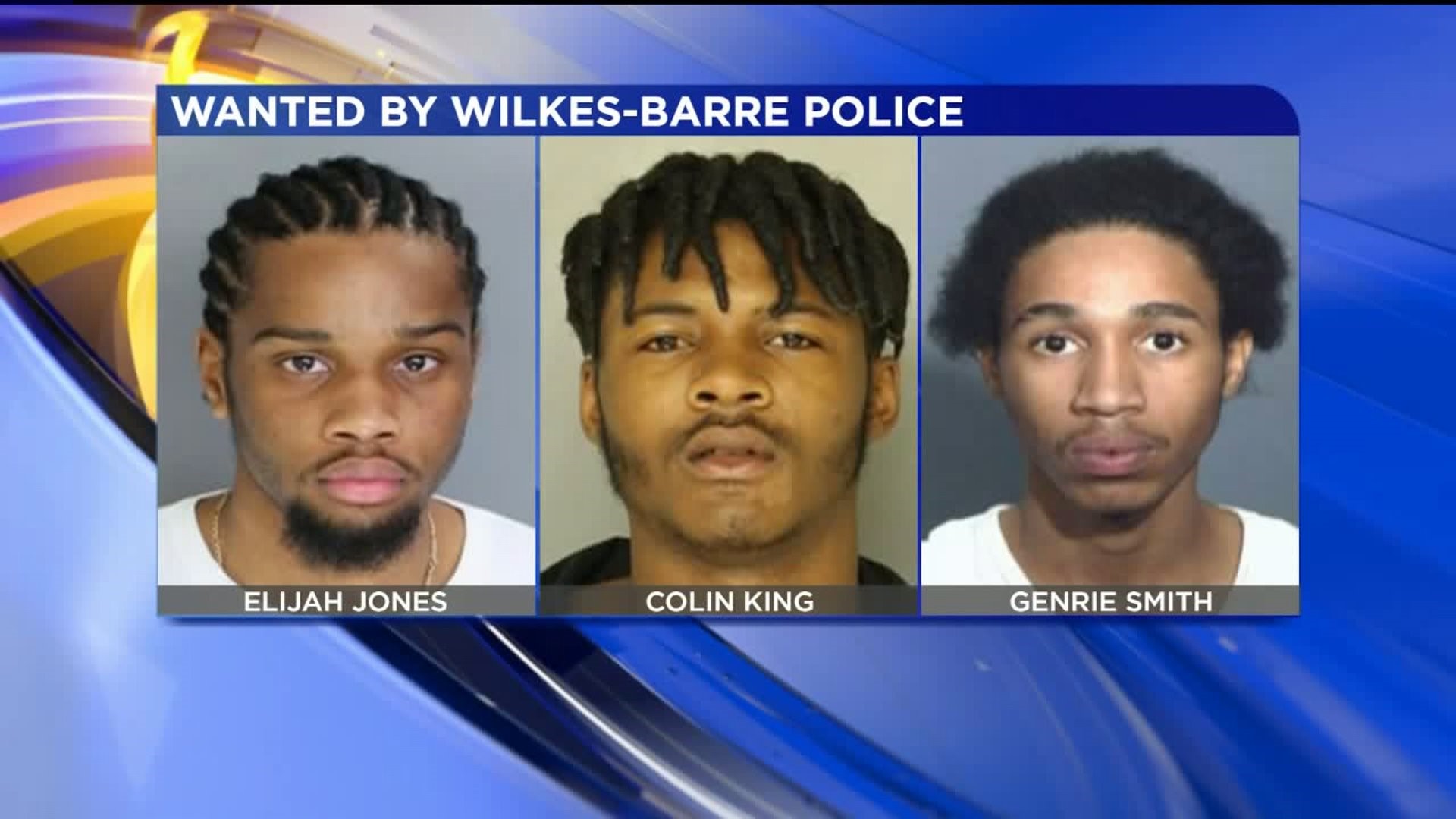 WILKES-BARRE, Pa. -- Police in Wilkes-Barre are looking for five men they say are responsible for some of the recent violence in the city.

Over the past two months, police in Wilkes-Barre have been investigating drug and firearms crimes that involved several shootings between groups in the city. Now, they're on the hunt for five men they believe could be responsible for the violence.

"It was crazy, but like it's just ridiculous nowadays, you know? Cops is trying to do their job, but you got the people around here just giving them a hard time," said Robert Williams.

After a raid on Friday at an apartment on Academy Street, police made two arrests related to the recent shooting, but are still looking for more people involved.

The recent violence in Wilkes-Barre has some people who live here on edge, but other residents tell Newswatch 16 they aren't worried about it.

"I feel perfectly safe in the city of Wilkes-Barre," said Mark Dimirco. "This string of incidents that have happened I believe are isolated, and I really don't worry about getting hit by a stray bullet like what people are afraid of these days."

"I think it's isolated. I don't have to watch my back I don't got no beef with nobody," Williams said.

But some say they are afraid to leave their homes in the city, especially at night.

"Because people are violent around here and they don't care about each other, their neighbors. They should follow the Ten Commandments and love your neighbor," said Jennifer Randazzo.

Randazzo hopes the community will work together to bring violence in Wilkes-Barre to an end.

"I hope they find them," said Randazzo. "I hope they work the cameras down on the squares and everywhere elsewise."