WILKES-BARRE TOWNSHIP — People were in line for hours on Thursday at the Wyoming Valley Mall for the grand opening of a popular fashion store. Shoppers co... 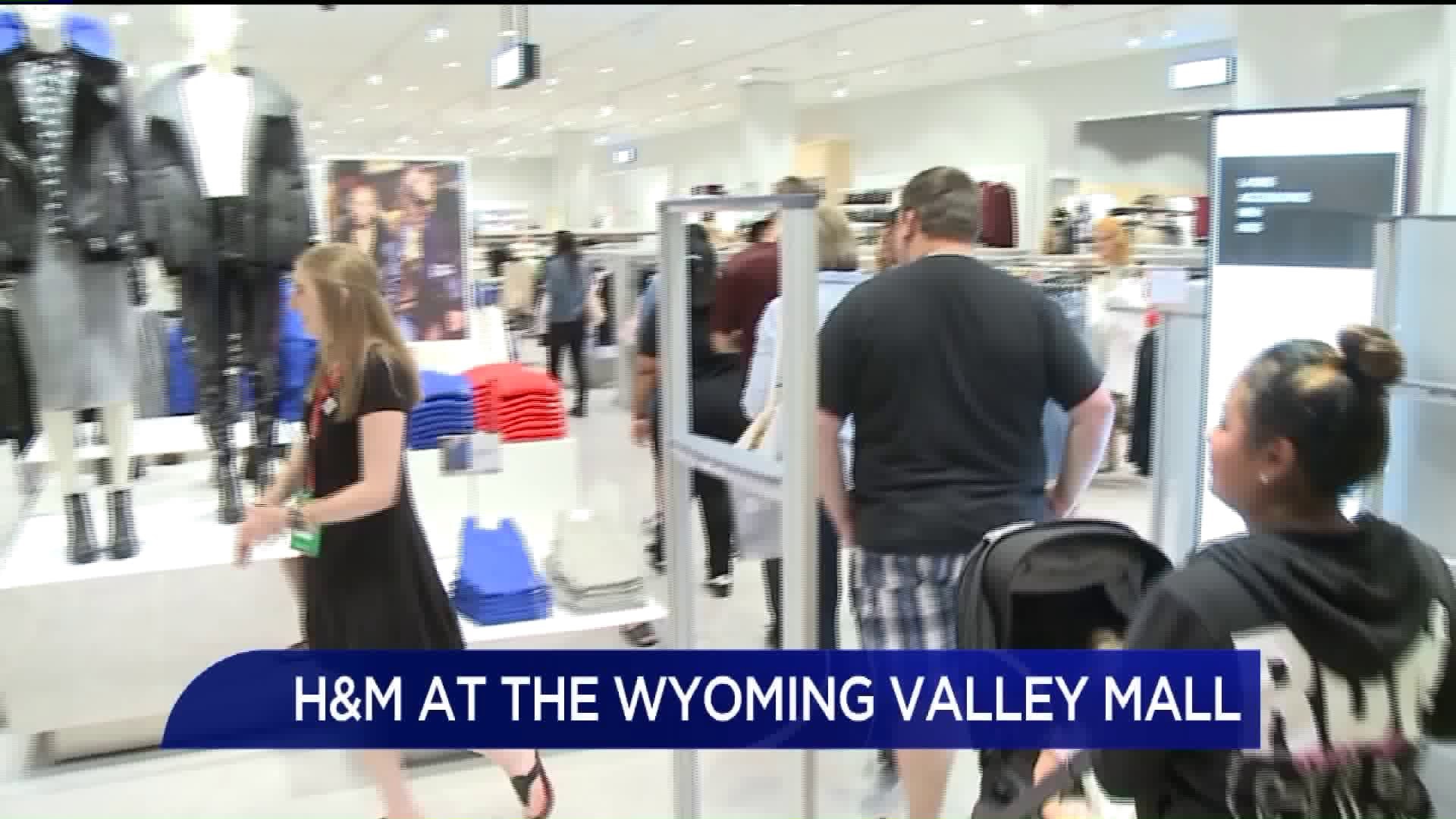 WILKES-BARRE TOWNSHIP -- People were in line for hours on Thursday at the Wyoming Valley Mall for the grand opening of a popular fashion store.

Shoppers could feel the excitement in the air as H&M, one of the world’s largest fashion stores, opened its doors for the first time.

“I am so excited. Actually, if I had $1,000 I would buy everything,” Anas Alloc from Kingston said.

Previously, shoppers had to travel three hours round trip to New Jersey to get their fill of H&M, but now it’s in their backyard.

“I think it'll bring a lot more business to the mall. It's a broader, bigger store that a lot of people would come out just go here,” Rebecca Balara from Dallas said.

Families said it has something for everyone.

“It's something new, something refreshing. Even baby is having a good time,” Phyllis Nyhard of Pringle said holding her grandson.

In a time when some malls are struggling, the Wyoming Valley Mall drew in hundreds of shoppers for the grand opening.

“We're thriving in the retail market because we keep up with what fashion trends are, we try to highlight them for our customers, and we try to give them what they want. H&M being the newest addition to our mix,” mall spokeswoman Amanda Hoprich said.

When the store opened there were 312 people waiting in line. Some of them had been here since before the mall even opened. They said it was worth the wait.

“You don't have to go online and then order something and then return it because it may not fit you properly. The fact that it's right here and so convenient is awesome,” Angel Sampino from Dallas said.