WILKES-BARRE, Pa. — A long-abandoned building that sits near the site of the old Hotel Sterling will get new life. Wilkes-Barre’s mayor announced th... 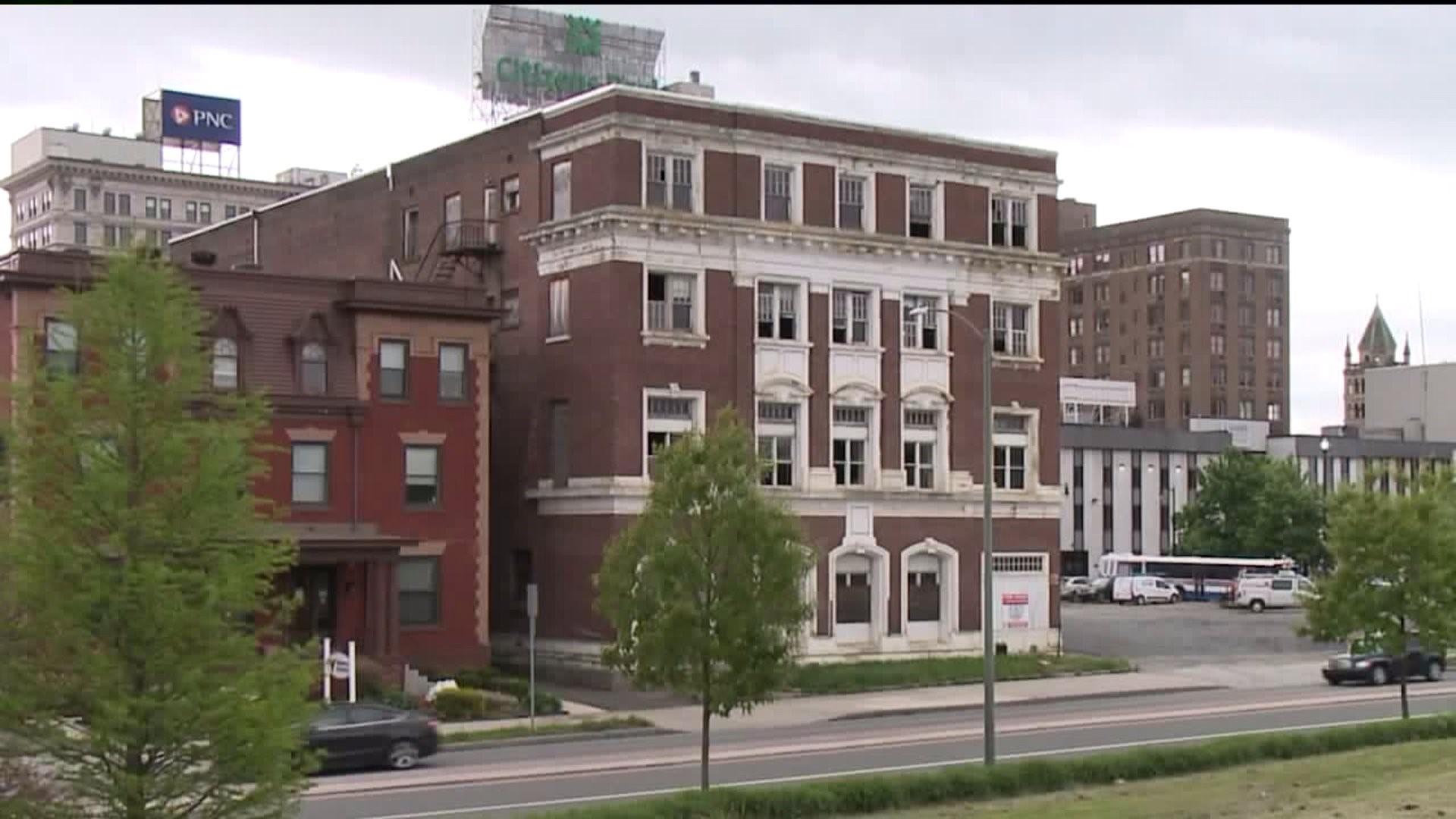 WILKES-BARRE, Pa. -- A long-abandoned building that sits near the site of the old Hotel Sterling will get new life.

When the iconic Hotel Sterling in Wilkes-Barre was torn down in 2013, crowds of people gathered to watch. The hotel's annex was left behind.

Now the building, which has not been in use for nearly three decades, will become apartments.

"We felt that this was an important piece of the puzzle to maintain the facade along River Street, so we're spending a little extra money to accomplish that goal but we are going to preserve the streetscape," said construction manager George Albert.

The city of Wilkes-Barre held a groundbreaking ceremony to discuss the project. A developer from New York purchased the building and plans to invest $3.5 million in it to convert it into 30 apartments.

"I'm happy and excited for the project, and I thank everybody in this town for the opportunity, and I look forward to working together on this and other projects," said building owner Fatos Mucha.

The apartments are expected to be completed by the end of next year, but the units will go on the market later this year.

"To introduce additional residential properties downtown is a critical piece to the long-term growth to the city where you have folks who can use the parks at night after hours, frequent the shops and retail facilities after hours as well, so it adds a lot of life and vibrancy to the downtown," Albert said.

"I hope it works out because that's a good amount of money to spend, invest in something like that. So, I hope it's going to work out," Stanley said.

The city is still trying to bring a mixed-use facility that will include a hotel to the empty lot where the Hotel Sterling used to be. That project is still in the planning stage.