The death of a young man from Luzerne County has sparked a volunteer effort to honor him. Friends are memorializing him at one of the places he loved the most. 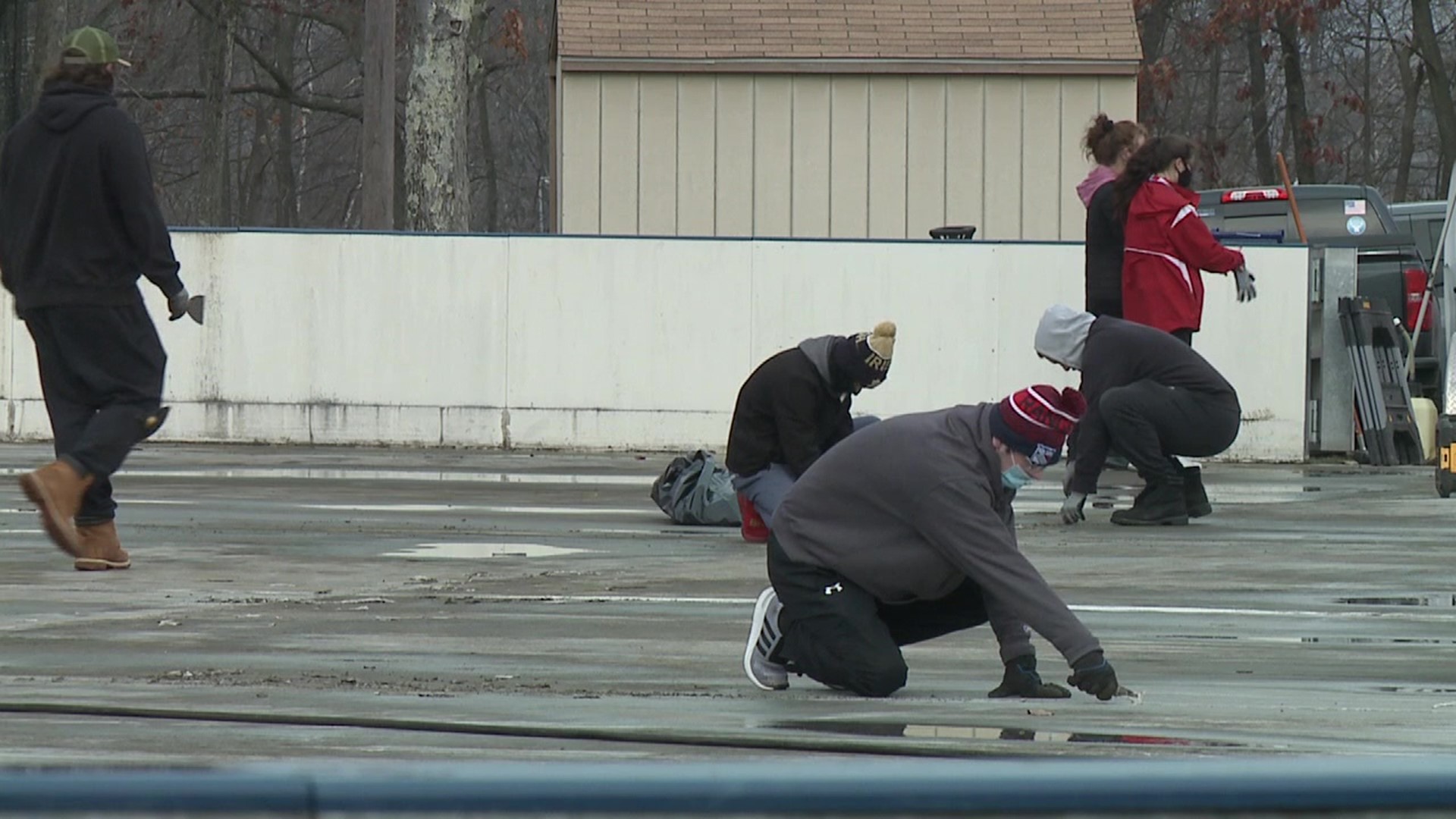 LUZERNE COUNTY, Pa. — Jared McCune says the ice rink at the Wright Township Recreational Park used to look a lot different than it does now and he remembers spending a lot of time playing hockey there.

"We'd skip school. We'd play all day; we'd be at all night. That's what we did. We'd play from when the sun came up to the lights went out at night. We lived in this, what we called home. Some of the best memories we will have were made here," McCune said.

McCune says most of those memories were shared with Bernard "Tanner" Kahlau, another Mountain Top hockey player who was killed following a skiing accident this week in New York.

"Tanner was one of my really good buddies. I mean, we grew up playing hockey together. He was, ever since I was 4 years old and learned to skate, Tanner was always there. He just had such positive energy. There's really not a single person that played with him that wasn't heartbroken and devastated to find out."

McCune has put in motion an effort to rehab the rink and rename it Madry Kahlau Memorial Rink, after Kahlau and Brian Madry, another area hockey player who was killed at the age of 16 in 2011 in a car crash.

"Who was also very, very well known in the community, loved by many. I know that loss was hard."

The hope is to have this rink ready for a memorial game to honor both Madry and Kahlau on Sunday, but there's a lot of work that these volunteers will have to do to make that happen.

"Everything has to be rerouted and removed so that the excess material in the joints is taken out. Then we're going to seal it. And we have water supply right here, right now we're going to power wash everything and then seal it," said Wright Township Supervisor Matthew Howton.

McCune says all that would not be possible without the help of volunteers who knew both players and want their legacy to live on.

"I wasn't going to make it public. But when I came here, the size of it was overwhelming. I went into this thinking it would be on my own dollar on my own time. But I knew I needed help," McCune said.

"It's a situation that one phone call led to a meeting yesterday, led to an acknowledgment of the passing of two young men in the area, and it's something that I'm hoping becomes an annual event to support their cause and situation in a memorial," Howton said.

If you would like to donate to the cause, you can find a GoFundMe Page set up for the effort here.