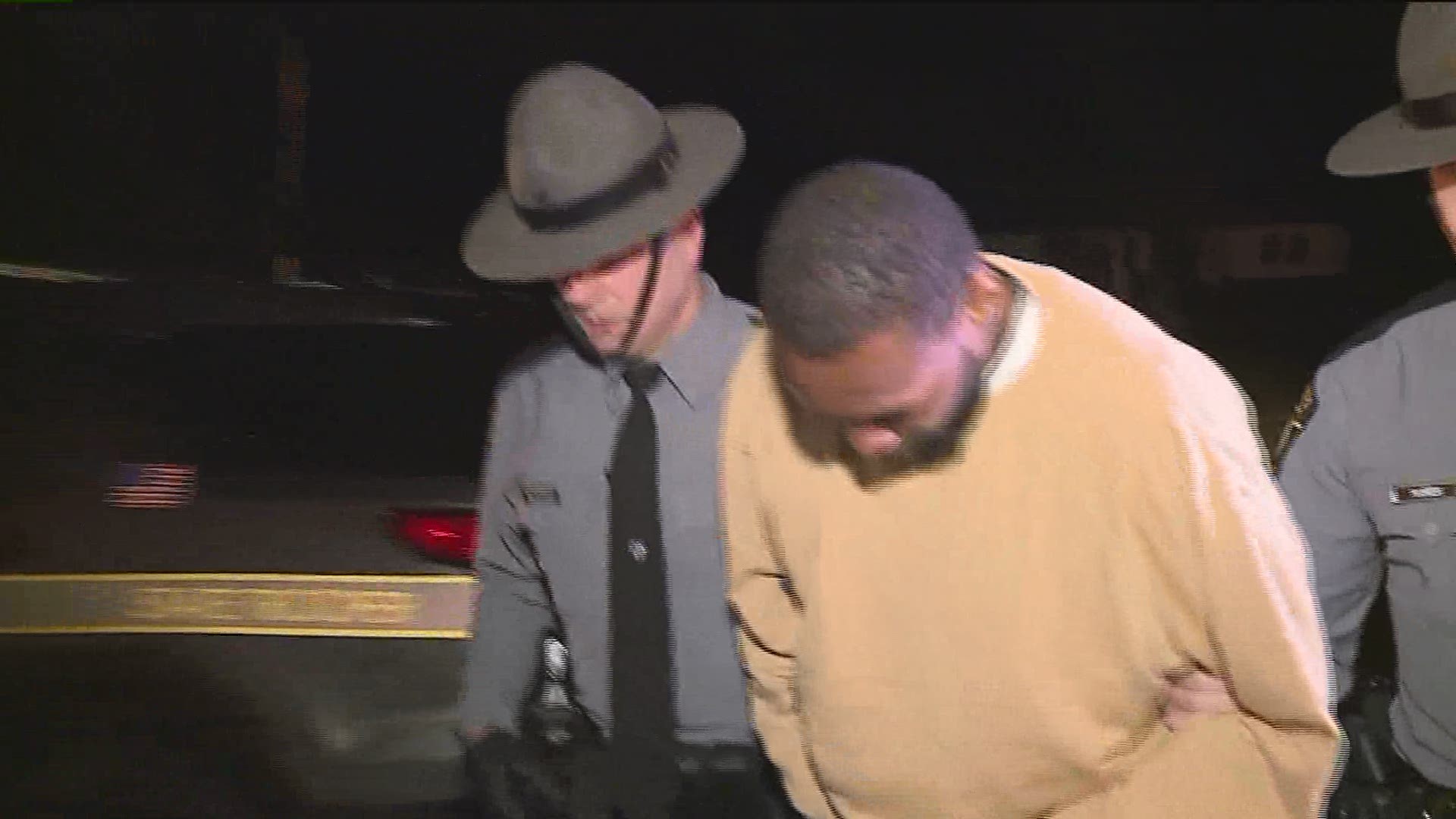 HANOVER TOWNSHIP, Pa. — An accused killer was brought back to Luzerne County Tuesday night in connection with a nearly three-year-old homicide investigation.

Jamison was arrested in Savannah, Georgia in June of 2019. He was then taken to New York and has been locked up at Rikers Island on charges in New York City.

On Tuesday night, Jamison was brought back to Luzerne County to face charges of homicide and illegally possessing a gun.

Witnesses said Jamison's son got into an argument with Brown's son at the kindergarten graduation party, and then the adults got involved.

"I'm just glad his killer was put to justice, and his family got justice so they can sleep better now," Brown's friend James Robinson said.

Court papers show Jamison and Brown got into a fight, and then Jamison pulled out a gun and shot Brown. After that, witnesses told police that Jamison hopped into a car and said, "Somebody got hit. I have to get out of PA."

Tyheim Taylor was good friends with Brown, who he referred to "Ski." Taylor was invited to the party that night. However, Taylor stayed at home just a few houses away from Brown's.

"I kind of forgot that we were supposed to hang out... and I just heard this loud bang, bang, bang, and I'm just, Woah. I'm hearing it's my friend 'Ski' so it was really hard to believe at first definitely," Taylor said.

Brown's family used to live along Mark Drive at the Marion Terrace Apartment Complex. However, neighbors said Brown's family has since moved out because they couldn't handle living in the same spot where Brown was killed.

Back in 2017, Newswatch 16 spoke to Brown's family. His girlfriend, Antionette Nimmons, was devastated.

"An altercation between two six-year-old boys is the reason why I don't have my son's father with me today," Nimmons said.

"It was really hard to believe at first, but it's definitely something that time can only heal," Taylor said.

Jamison is locked up in Luzerne County without bail. He is due back in court later this month.