BEAR CREEK TOWNSHIP, Pa. — In August, a woman in Luzerne County says she and her daughter were saved by their home security system. What you are about to ... 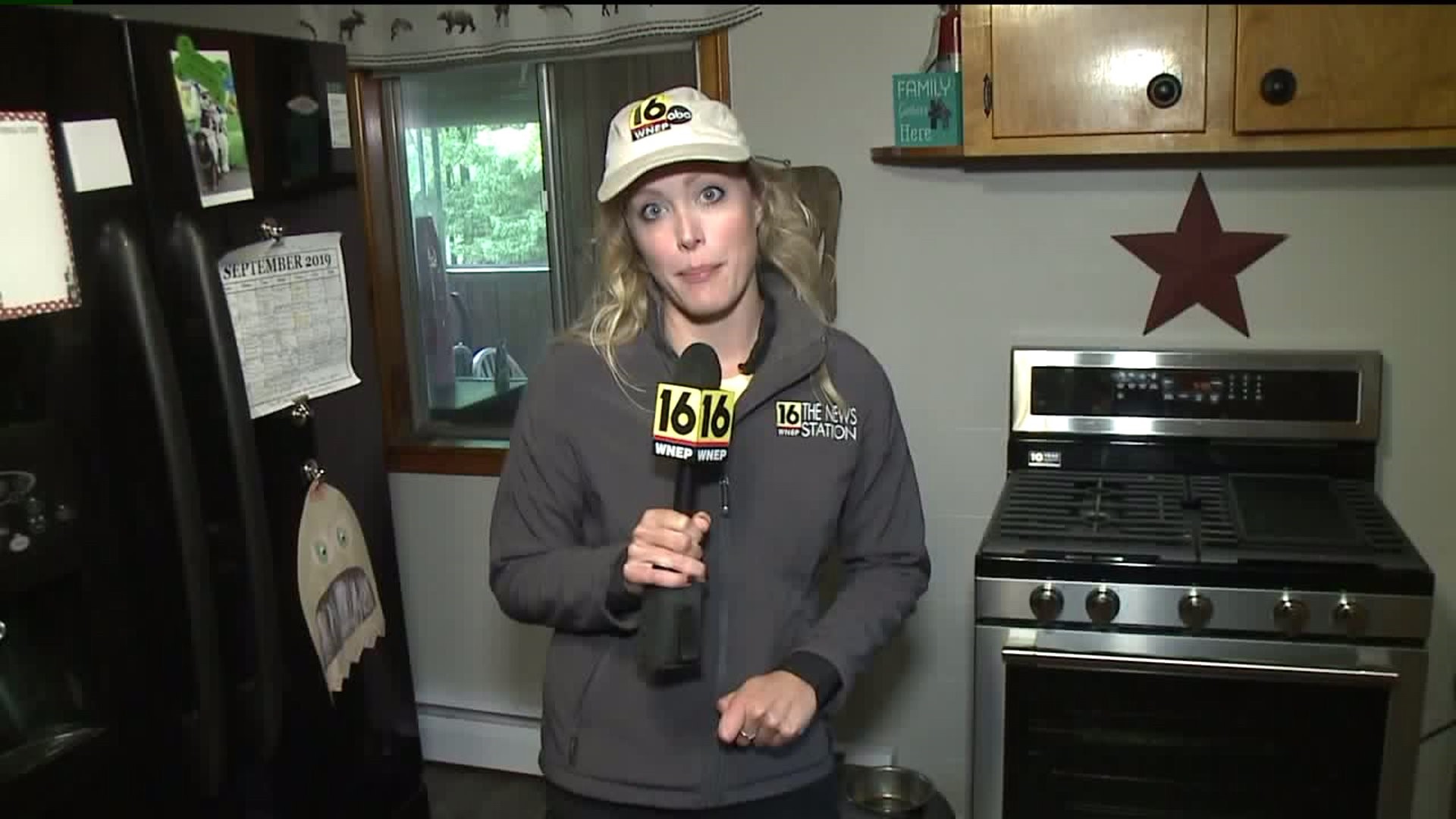 BEAR CREEK TOWNSHIP, Pa. -- In August, a woman in Luzerne County says she and her daughter were saved by their home security system. What you are about to read is a recording of a 911 call between Lori Masi and Haleigh Powers, who is an emergency dispatcher for ADT Home Security.

“Hi, ma'am I’m calling because of a carbon monoxide alarm from your home, it's imperative that you guys step outside until the fire department can come in' 'okay' 'okay? Make sure everyone gets out because in 10 minutes, then you'll start feeling something, do you feel anything right now?”

“Um no, we were just sleeping.”

While Masi says she grabbed her daughter and her dogs and went outside, Haleigh called Luzerne County 911.

“The fire department went in, and as soon as they walked in the house the carbon monoxide detectors went off, their handheld ones, they found out that the leak was coming from the oven that was leaking propane and not only was there a danger of carbon monoxide poisoning but also the propane exploding after building up. It was so early in the night, only 10 o'clock and my alarm was set for six so we probably wouldn't have woken up if we stayed asleep until 6 in the morning,” Masi of Bear Creek Township said.

Thursday, Masi got to meet the woman on the other side of that phone call that she believes saved her family's lives.

“It's sensitive to me because I have younger nieces my sisters around the same age, so I could only imagine what is it was them, what would I do? So I’m just thankful,” Powers said.

Since that incident in August, Masi tells Newswatch 16 she has replaced her stove, but the fire chief in Bear Creek Township wants everyone at home to make sure their heating systems and appliances are working properly.

“Change your batteries and check your alarms and clean the furnaces. This time of year, it's getting cold out, that needs to be done,” chief John Krumsky said.

“There are no words for how thankful I am. It was that phone call that woke me up, so that alarm had to have been going off for a couple seconds before she called me and I didn’t hear it so that phone call saved our lives,” Masi said.