Holiday Help for the Homeless in Hazleton

HAZLETON — This holiday season, several organization in Luzerne County have joined forces to start a campaign to help the homeless in Hazleton. The campai... 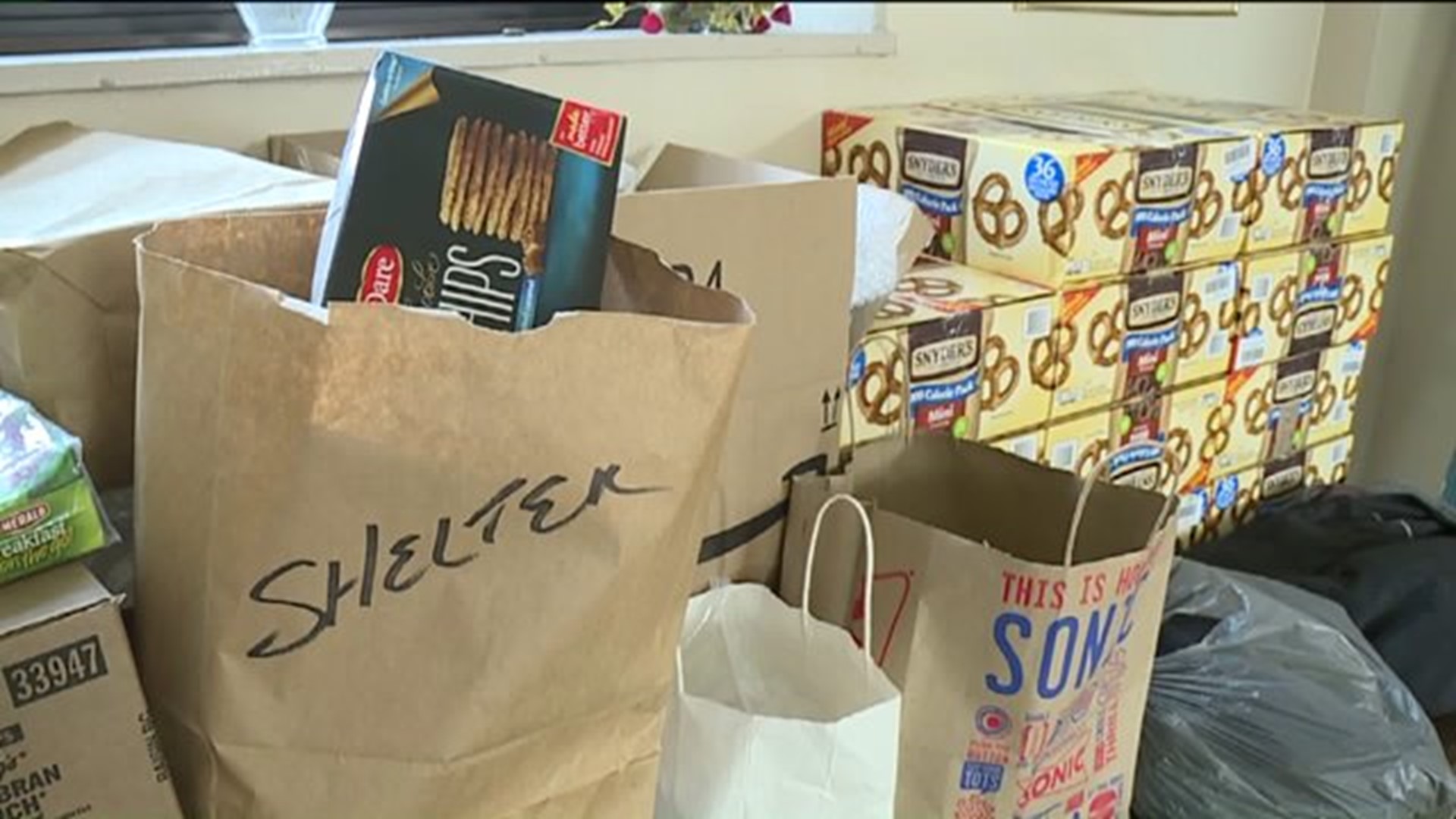 HAZLETON -- This holiday season, several organization in Luzerne County have joined forces to start a campaign to help the homeless in Hazleton.

The campaign is called the "Giving Shelter Campaign" and it's already off to a successful start.

For the last ten months, the Divine Providence shelter has given 168 homeless men and women a place to sleep in Hazleton.

Divine Providence is a rotating shelter that moves mostly from church to church.

For now the shelter is being hosted at Buenas Nuevas church along North Laurel Street.

"One individual came into that shelter in the dead of winter, and he was limping and he was a veteran. When we asked him to take off his shoes, the frostbite burn on his feet was so bad we got him to the Lehigh Valley hospital. They told him there if he hadn`t been checked soon he wouldn`t have made it," Pat Ward with the United Way of Greater Hazleton.

It`s because of stories like that, Ward teamed up with the Greater Hazleton Catholic Social Services and other local organizations to start the campaign.

The goal is to make sure the only homeless shelter in Hazleton, stays open.

"We are working cooperatively to raise money for the shelter to sustain it and we need the donations of good and products from our local businesses and industries," said Ward.

Already E.S.Kluft,  a company in the Humbolt Industrial Park, donated 30 mattresses for the shelter.

The shelter is still in need of winter clothing, hats, gloves, and socks for the homeless men and woman.

Anyone can bring donations to  Catholic Social Service in Hazleton on North Walnut Street.