Hockey fans back in the stands in a few weeks

The Wilkes-Barre/Scranton Penguins announced fans can attend 10 home games currently scheduled from Mar. 19 and the final home contest of the season on May 12. 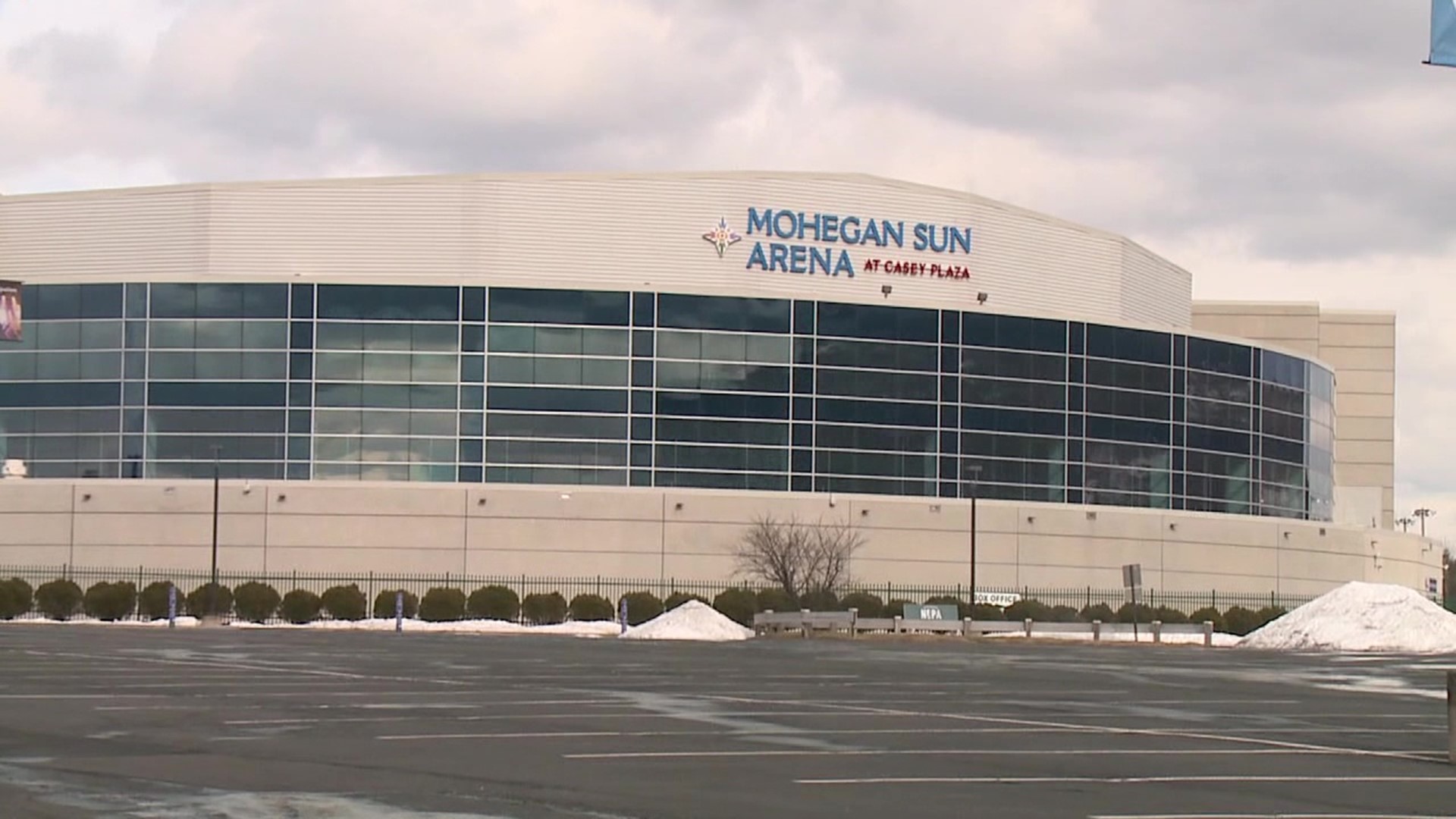 WILKES-BARRE TOWNSHIP, Pa. — According to the governor's new capacity limits, 1,500 people are now allowed inside the Mohegan Sun Arena in Wilkes-Barre Township. The Wilkes-Barre/Scranton Penguins announced this means fans will be returning to the stands on March 19.

Fans are excited too.

"It's certainly progress. It's certainly something that's good because it shows that the state is moving in the right direction, and hopefully, us as a country and as a nation are taking it seriously. The numbers are down, which is certainly great. And it's, you know, I don't see it as nothing but a good thing," Jason Iacona said.

"That'll be a great experience, and I know a lot of people will look forward to it. I'm sure there will still be some people who, you know, don't feel comfortable, and that's their prerogative, but I think it's fantastic news," Vicki Silva said.

Silva is a season ticket holder and the booster club president. She says this was something she was hoping for.

Beekman says he's excited to have the sounds of cheering fans in the stands again.

The pens tell Newswatch 16 season ticket holders will have priority, but more details regarding tickets will be announced soon.

The Pens tell Newswatch 16 season ticket holders will have priority, but more details regarding tickets will be announced soon.