PLYMOUTH, Pa. — A firefighter was hurt in a hit and run in Luzerne County. Viewer video shows the crash between two pickups on East Main Street in Plymout... 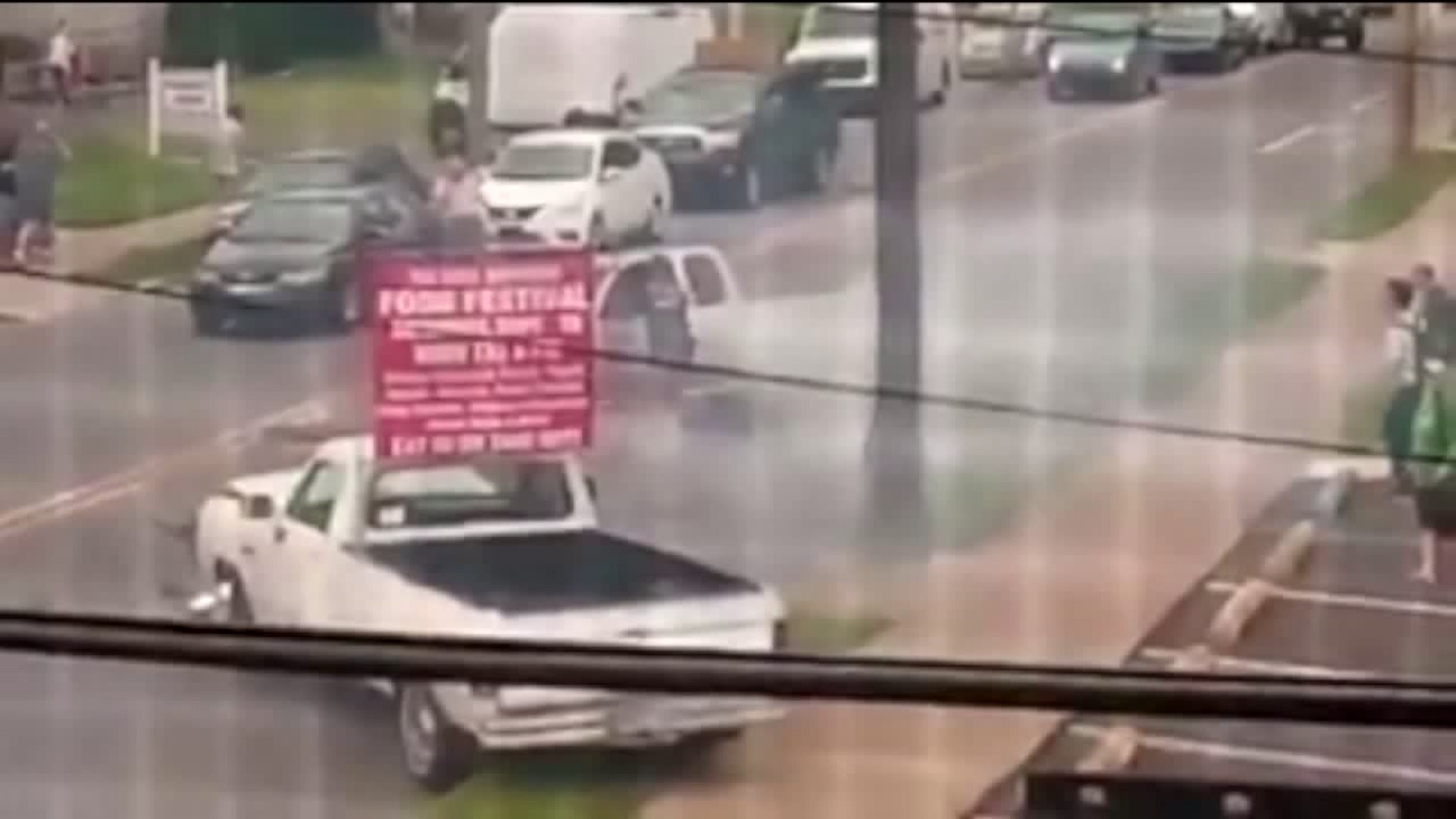 PLYMOUTH, Pa. -- A firefighter was hurt in a hit and run in Luzerne County.

Viewer video shows the crash between two pickups on East Main Street in Plymouth. You can see the silver truck trying to get away.

Fire Chief Brian Oppelt was pinned trying to stop the driver. He went to the hospital with minor injuries.

A witness tells Newswatch 16 the man driving the silver truck got out, checked the damage and then tried to get away.

A school bus tried to stop the driver. That bus was empty.

Then Fire Chief Brian Oppelt tried to stop the driver. Oppelt later described on his Facebook page that he was pinned between the silver truck and the fire truck.

He suffered some injuries but is expected to be back on the job by the end of the week.

The driver of that pickup was later tracked down on Route 11 in Larksville and taken away on a gurney by police. He was identified as Chris Shaw of Hunlock Creek.

Police say it was Chris Shaw of Hunlock Creek who was driving the silver truck involved in yesterday's hit and run in Plymouth that injured a responding fire chief. Shaw is locked up facing fleeing, endangerment, and assault charges in Luzerne County @WNEP pic.twitter.com/Dz8GQyaXQl