WILKES-BARRE — For the second year, students from the high schools that make up the Wilkes-Barre Area School District gathered to talk about something the... 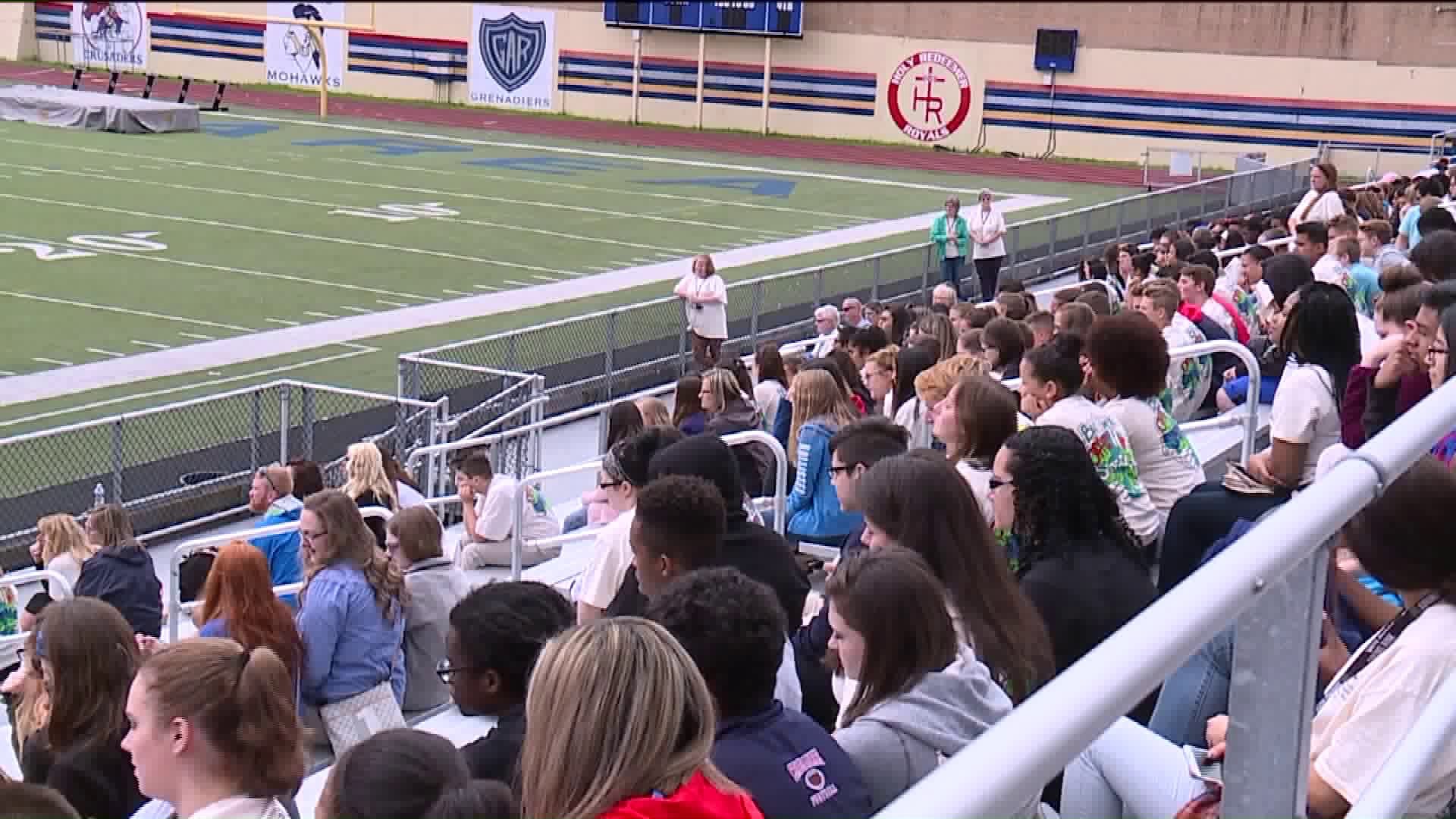 WILKES-BARRE -- For the second year, students from the high schools that make up the Wilkes-Barre Area School District gathered to talk about something they say isn't talked about enough: drug and alcohol abuse and suicide prevention.

More than 700 students packed Wilkes-Barre Area's stadium, some in matching t-shirts. But this wasn't a football game or a graduation event. These students, from each of the high schools in the district, were here to listen to an important message.

"Addiction can hit anyone at any time. It doesn't care how much money you have or don't have," said Joe Cane, addiction expert.

Cane spoke about being 25 years old, 115 pounds, addicted to drugs, not caring if he lived or died. He now works as a counselor at Clearbrook Treatment Center in Scranton.

Hearing from Cane was just the beginning of the second annual Wilkes-Barre Area School District Unites for Suicide Awareness Walk.

Dr. Rochelle Koury is director of administration and student services for the district. She says the walk was born out of trying to do something to show students that they're not alone. To focus on something positive.

Administrators say high school students here deal with many of the same issues they face across the nation: a dramatic increase in opioid use, and sometimes the suicide of a friend or family member.

Cheerleader Alex Cozich, a junior at Coughlin High School, says they've chosen suicide prevention groups to be the recipients of their fundraising efforts for the 2017-18 school year.

"It's something that's not talked about because it's more shamed than embraced and we should accept that people need help and stand together to prevent it," said Cozich.

Students made signs to show support for one another. One student even designed the logo for the shirts made for this year's event.

"You got hundreds of kids walking around for a great cause, suicide prevention and drug and alcohol abuse, two major things affecting our community and the U.S., even the world," said Jason Harlen, Wyoming Valley Alcohol and Drug Services.

Altogether, the students raised a few thousand dollars, which will help Wyoming Valley Alcohol and Drug Services in Wilkes-Barre.