LUZERNE COUNTY, Pa. — Eagles fans flocked to Franklins in downtown Wilkes-Barre for one thing – to cheer on their favorite team in the NFL playoffs.... 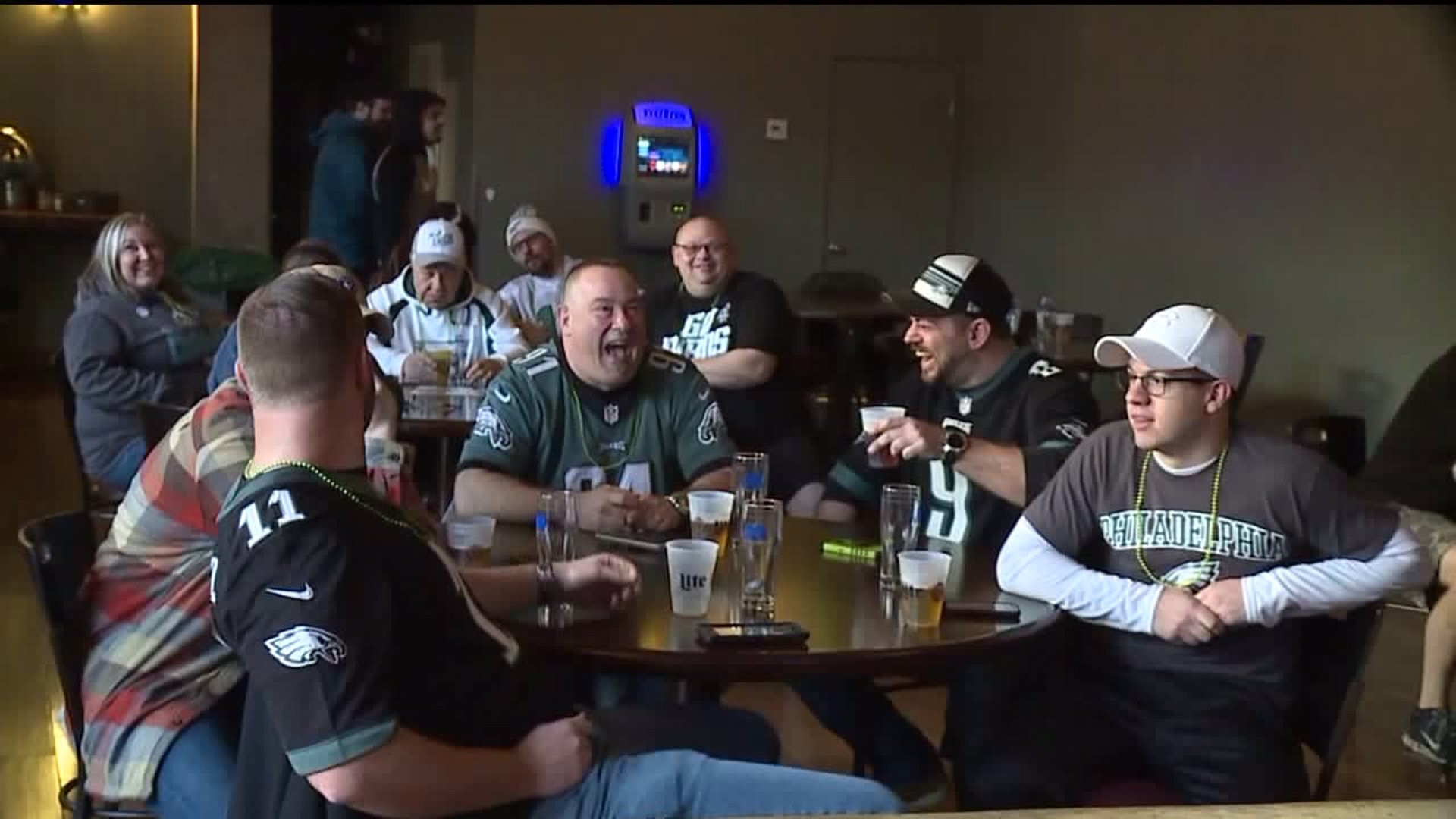 LUZERNE COUNTY, Pa. -- Eagles fans flocked to Franklins in downtown Wilkes-Barre for one thing - to cheer on their favorite team in the NFL playoffs.

"Could be the last game of the season, we hope not but we still all like to get together and have a good time and enjoy the birds," said Joe Rodano, Franklins & Rodano's Restaurant.

Joe Rodano and his family own this bar and restaurant here in public square. He tells Newswatch 16 it's a popular choice among birds fans in Luzerne County

"We represent the N.E.P.A. bird gang, that's our fan club that we run locally. We all like to come out and get together for the game especially on special events like this," said Rodano.

Fans say a good season for the Eagles means good things for businesses like this one that attracts people to watch the games.

"We always had a good following but since we won the Superbowl people have come out of the word works, fans have been displaying their pride and what not so hopefully it keeps up and keep growing and growing every year," said Keith Ewonishon, Dickson City.

Other sports bars in the area are stocking up hoping this season goes the same as last.

"Your biggest hope as someone who works in the bar business is to have team that you know that have the most passionate fans that come out and pack the bar for every game which we definitely have here," said Frank Brandolino, Brews Brothers Sports Bar.

Frank Brandolino works at Brews Brothers near Pittston, he's not a big sports fan, but this season he's rooting for another Eagles Superbowl.