WILKES-BARRE— With extreme cold in the forecast, people in Luzerne County are making sure those who are homeless have a warm place to stay. Shelters in Lu... 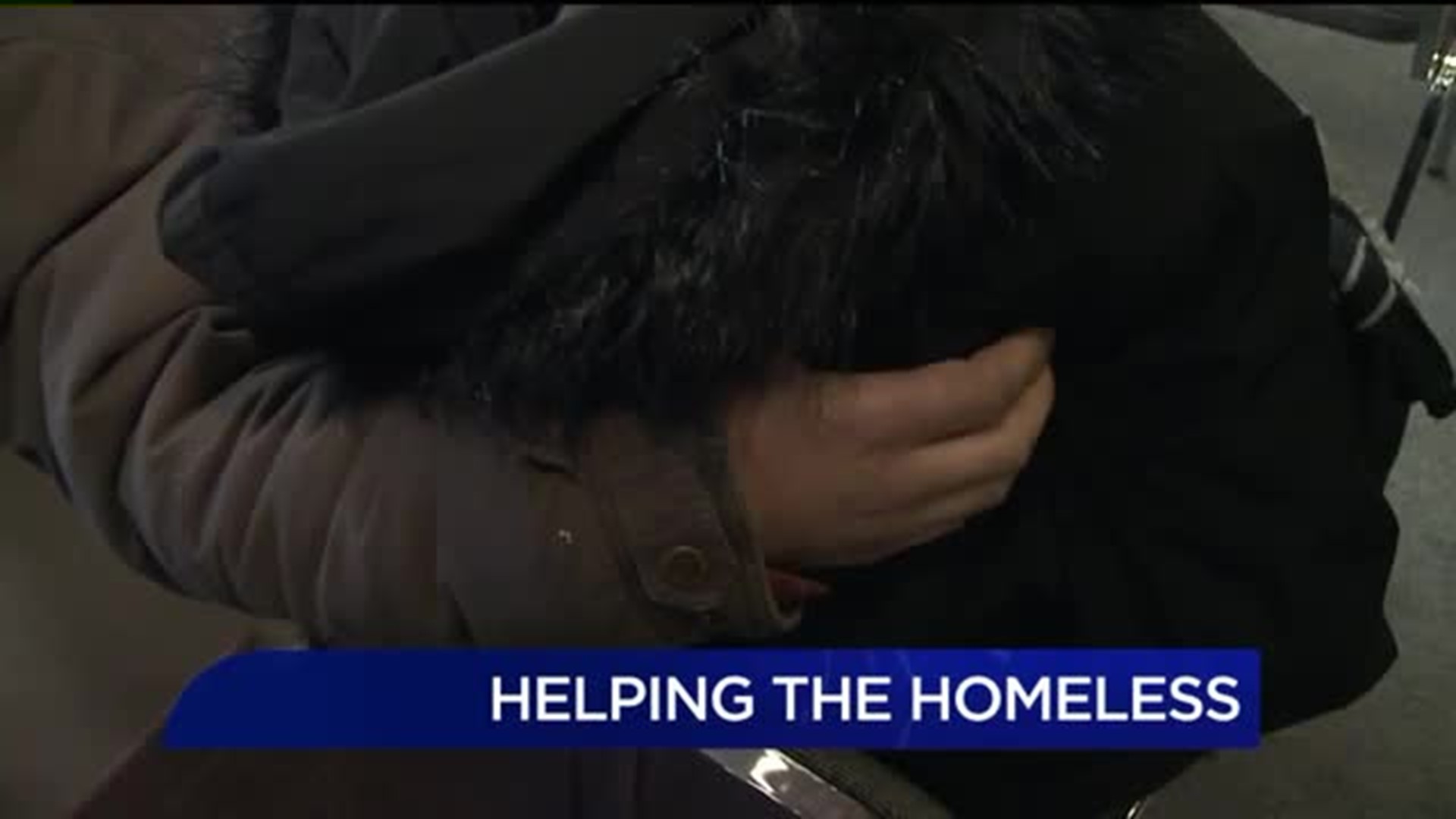 WILKES-BARRE--- With extreme cold in the forecast, people in Luzerne County are making sure those who are homeless have a warm place to stay.

Shelters in Luzerne County tell Newswatch 16 they are going to do their best to accommodate as many people as they can during this cold snap.

Mother Nature isn’t giving many of us any relief from the cold in Wilkes-Barre. Something as simple as a warm welcome and a bag full of supplies from Church on the Square really makes a difference for a homeless person like Hope Remus.

“When you feel alone, you think this is a good place. We're lucky to have it here, the Church on the Square,” Remus said.

Right now, Herbert Rhohadfox said it is getting harder for homeless people like himself to find a place to stay warm.

“What goes through your mind when you hear weather like this is you panic. You're on the phone with the phone with everyone associated with the church like what can we possibly do to help these guys get off the street,” Pastor of Church on the Square Vince O’Boyle said.

This is why Church on the Square was open for people to stop in and get warm for part of the day. All hands were on deck making sandwiches to give out to people on the streets.

A volunteer named Jerry said he does it because he was once in their shoes but Church on the Square made all the difference for him.

“Years ago I was nothing like this. Nothing, like I said I was out on the streets, I was addicted, now I have a whole new life on me, a better life,” Jerry said.

“When I leave my house in the morning I could cry just thinking about it because the cold air hurts and I don't want anyone to be out there in it,” Ruth’s Place Program Coordinator Crystal Williams said.

We are also told Good Shepherd Lutheran in Wilkes-Barre is welcoming homeless men in for shelter.

If you would like to help the homeless, Church on the Square is collecting gently used and new warm clothing. To make a donation, you can stop by their place on Public Square anytime between 10:30 a.m. to 1:30 p.m. on Thursday's and Sunday's. It is also open on Tuesday's after 6 p.m.