It's not too late to send a valentine that supports a local restaurant during an extra difficult time of year. 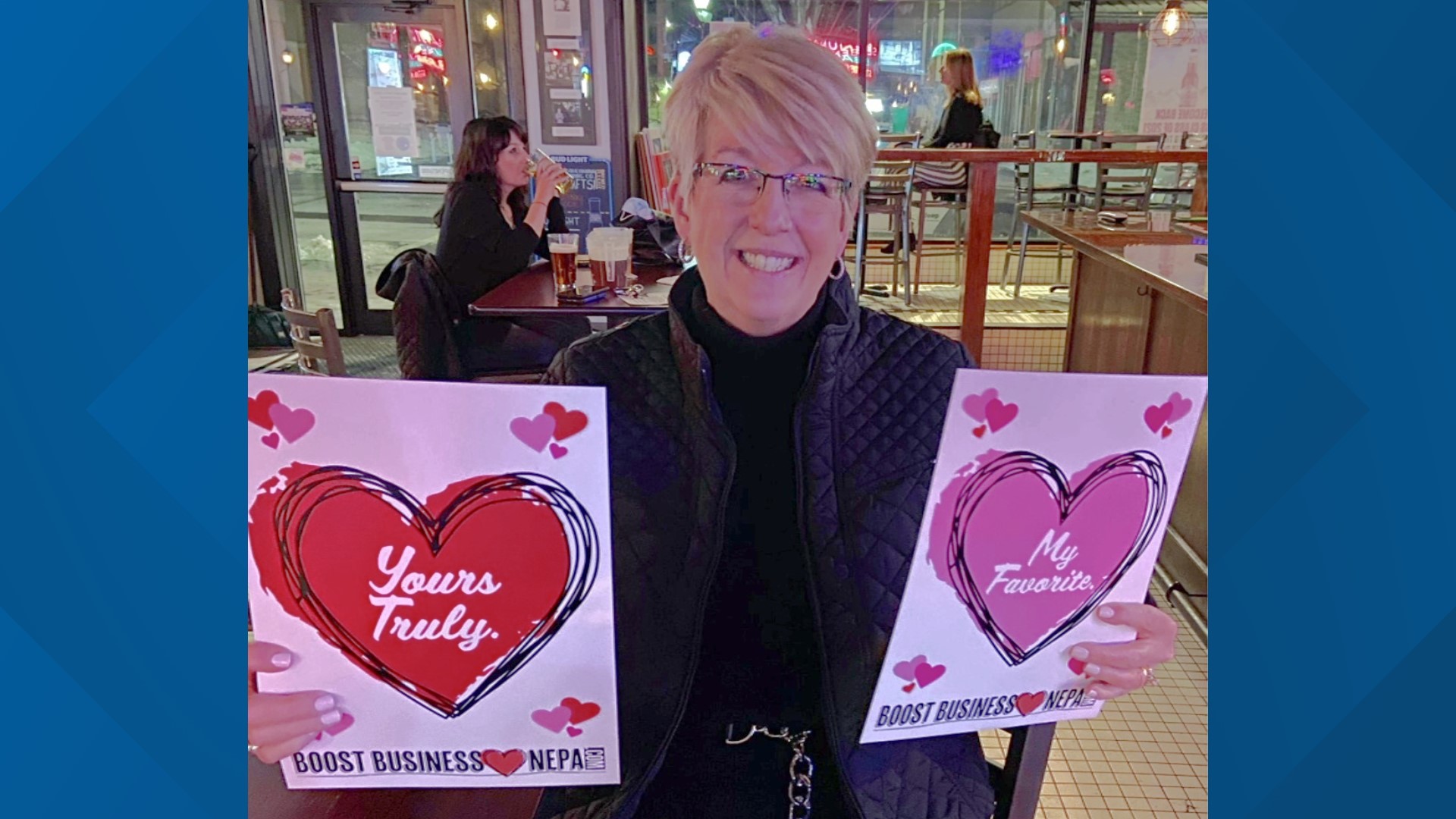 WILKES-BARRE, Pa. — The owner of Senunas' Bar and Grill in downtown Wilkes-Barre says for a college bar, this year has hurt.

"Last January, February were two of the best months that we've had since we've been open. And when we started to hear about the pandemic, you know, nobody ever thought that this was going to take place and affect people the way it did," Rose Senunas said.

Restaurants around the city feel the same way and say the weather isn't helping.

"It's a topsy turvy time of year for restaurants, even with weather. Like you get shut down like just because it snows a couple inches, so having some sort of support coming our way," said Jessica Sheenan of Bettelli's Villa Restaurant.

Sheenan is referring to the valentines you can see around the place. They are donations from Boost Business NEPA's Spread The Love campaign.

All month long, members of the community can donate $10 to their favorite restaurant. The organization matches the donation and gives it to the restaurant in the form of a valentine.

"We knew that while our friends in the health care industry were working so hard to save lives, that we have a responsibility to help save livelihoods. And that's how Boost Business NEPA was born," said Helen Lavelle.

"I think just being able to show up and say, 'No, we're here, and we're working really hard behind the scenes to help you,' I think gives them a little bit of that, maybe, push that they need to make up for another month," said Holly Pilcavage of Boost Business NEPA.

"This initiative just keeps really spiraling, and more and more valentines are being given to these restaurants as the social media campaign, and the traditional media word gets out there," said Mike McGinley of Boost Business NEPA.

"I love this campaign," Sheenan said. "I think it's a great way for the community to support us without putting us to work. You know, these days, it's been quite a hustle. Staffing has been difficult with COVID and everything, so I think it's just such a beautiful way for them to organize something to give to like restaurants."

Boost Business NEPA says this is just the beginning. They are developing many ways to support restaurants and other small businesses during this time.

You can send a valentine from Boost Business NEPA here.