Heart attack survivors give thanks

Mark Ondishin suffered a heart in August. He credits some quick-thinking by medical professionals for saving his life. 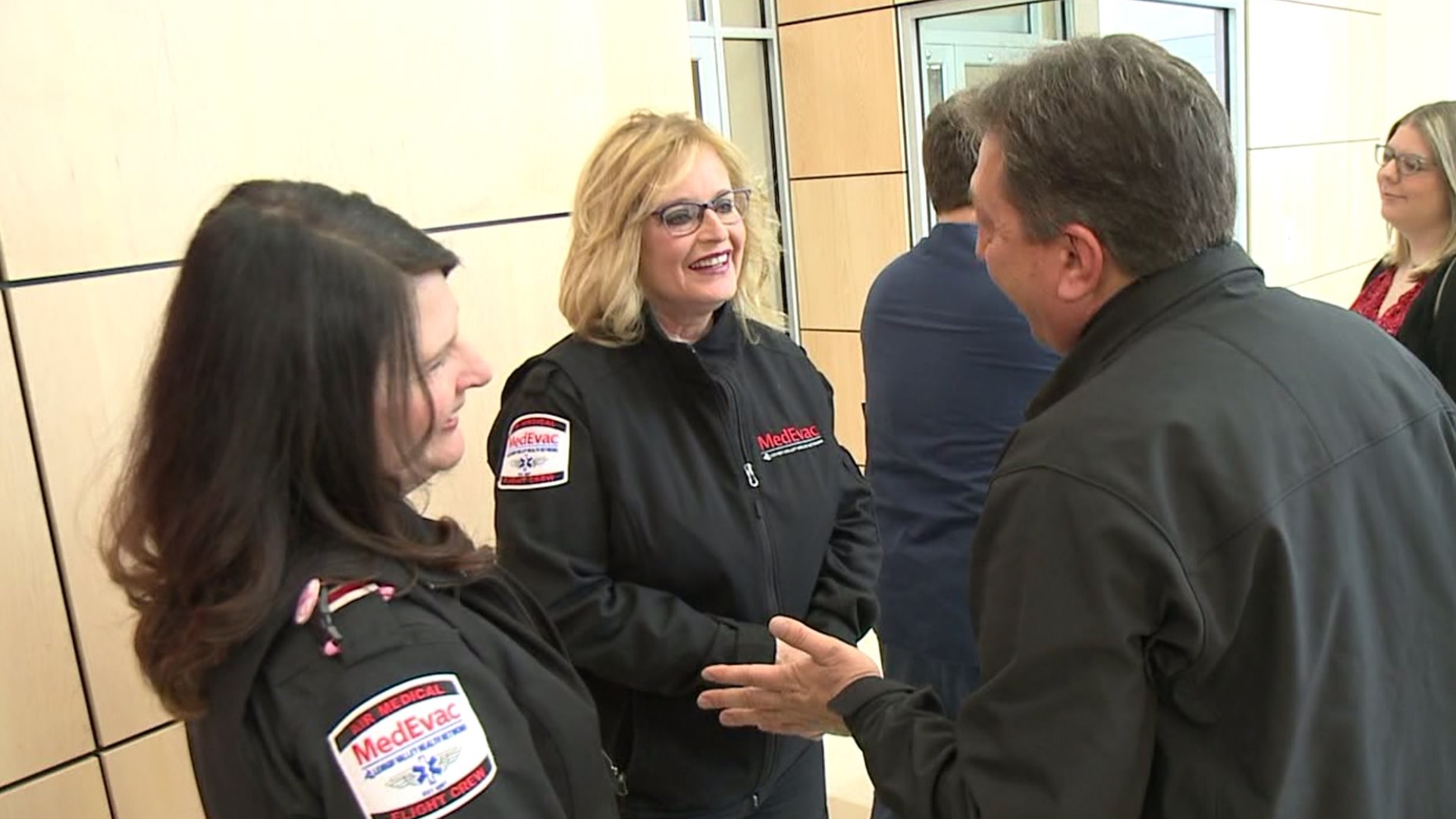 HAZLETON, Pa. — February is American Heart Month, and a special reunion took place Monday in Luzerne County to celebrate it.

Two men who suffered heart attacks met the medical team that saved their lives and gave them a second chance.

Mark Ondishin of Hazleton says there wasn't much else for him to do but hug the MedEvac flight crew and emergency room staff he saw in the lobby of Lehigh Valley Hospital in Hazleton.

"What do you say, you know?" asked Ondishin. "I was just happy. Fantastic people. Really good and they know what they're doing."

Ondishin suffered a heart in August. He credits the quick thinking of the medical professionals here for saving his life.

Jayme Burke of Drums was here for the same reason. He suffered a heart in September.

"I actually woke up had a little heartburn, I told her I didn't feel good, was going to actually take some Tums, laid back down for about 10 seconds and realized something was wrong," explained Burke.

"I can't tell you exactly how I felt except that I had chest pain, typical sign, but that day I knew it wasn't right," said Ondishin.

Upon arriving at the emergency room at Lehigh Valley Hospital Hazleton, each was then flown by helicopter to a hospital near Allentown.

"If it wasn't for them, they did an amazing job just stabilizing him, he coded 28 times, so to get him to that point to bring him to cedar crest it was amazing they did an incredible job," added Burke's wife Danielle.

These heart attack survivors tell Newswatch 16 they hope others will hear their stories and stay up-to-date on checkups and take any symptoms seriously before it's too late.

"Get a blood test. Go see your doctor. You're not feeling well? Talk to somebody, talk to your family share that because you never know," said Burke.

"Don't ever be discouraged if you don't feel good, don't let social media discourage you from going. Some people are like 'I'm not going there' no. You gotta go," added Ondishin.

Both men tell Newswatch 16 they are very thankful for a second chance at life and grateful for the opportunity to get their message of heart health out to the community.