WILKES-BARRE, Pa. — Geisinger officials know it’s difficult to be in a place where you don’t speak the language in general. Even more so when ... 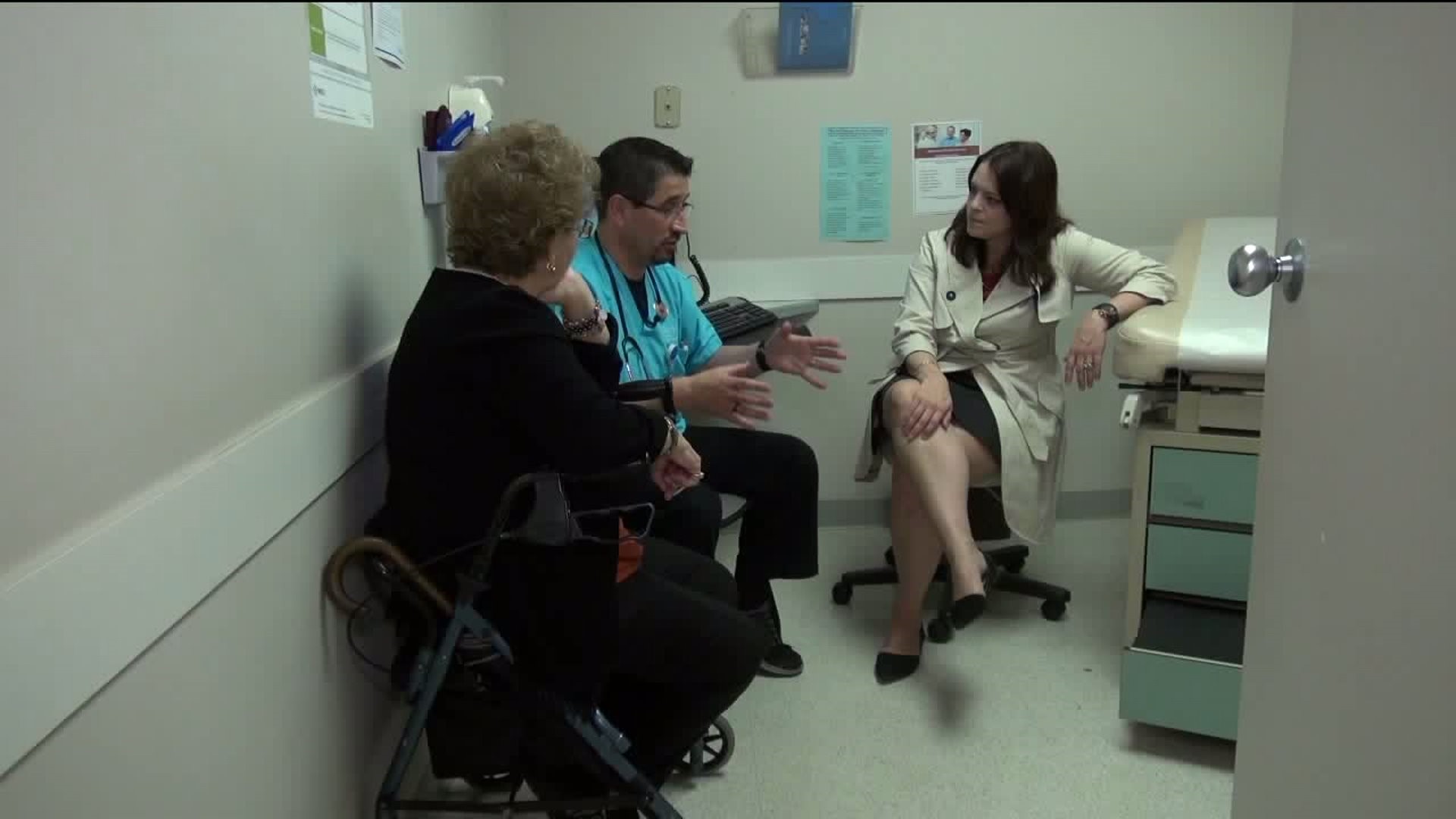 WILKES-BARRE, Pa. -- Geisinger officials know it's difficult to be in a place where you don't speak the language in general. Even more so when it comes to getting proper medical care.

Staff at the Kistler Clinic in Wilkes-Barre are working to make sure Spanish speakers feel comfortable that they're being heard.

A translator teases Aura Susanna Costa that she's about to be a star.

Costa, who is 72 and lives in Wilkes-Barre, has been a patient of Geisinger's Kistler Clinic for years and feels more comfortable than ever that her medical needs are being understood.

"The language has always been a barrier but with things like this, Geisinger is doing a good job, I think. It's getting better," said Luis Avila, translator.

We call him a translator, but really Luis Avila is a lot more than that. He's a certified medical interpreter here at the clinic in Wilkes-Barre. His title requires additional training.

"To learn English is a challenge. To go from English to medical interpreter is about the same in both languages. Everything comes from Latin," said Avila.

And that's just one thing Geisinger is doing to serve the Spanish-speaking population, according to dr. Guillermo Rodriguez, a family physician at Kistler. Originally from Puerto Rico, Dr. Rodriguez says out of 24 patients he sees in a day, three or four would be Spanish speakers. Now only one or two speak English.

"In five years, we have grown to two front desk people, two nurses and two providers. That's the need. There's a major need for the Hispanic community. Kistler has become the port of entry for many of these patients to get introduced into the health care system," said Dr. Rodriguez.

ALSO HERE TO HELP IS PHYSICIAN ASSISTANT WILTON CURIEL (cure-ee-EL), A G-A-R GRAD WHO IS ORIGINALLY FROM THE DOMINICAN REPUBLIC. HE UNDERSTANDS FEELING LIKE AN OUTSIDER, AND USES IT TO HELP HIS PATIENTS.

"You didn't see people walking on the streets who were receptive to you. It pushed me to learn the language even faster because I didn't like that feeling," said Wilton Curiel.

Bringing medical care to entire communities of people who may have been afraid to show up before.

Geisinger has a diversity council, Wilton Curiel is on it, and he says the goal is to keep expanding language programs like the one at Kistler.