PLAINS TOWNSHIP — It’s not a stretch to call Stephen Motil an active guy. The 29-year-old firefighter with the Plains Township Fire Department is al... 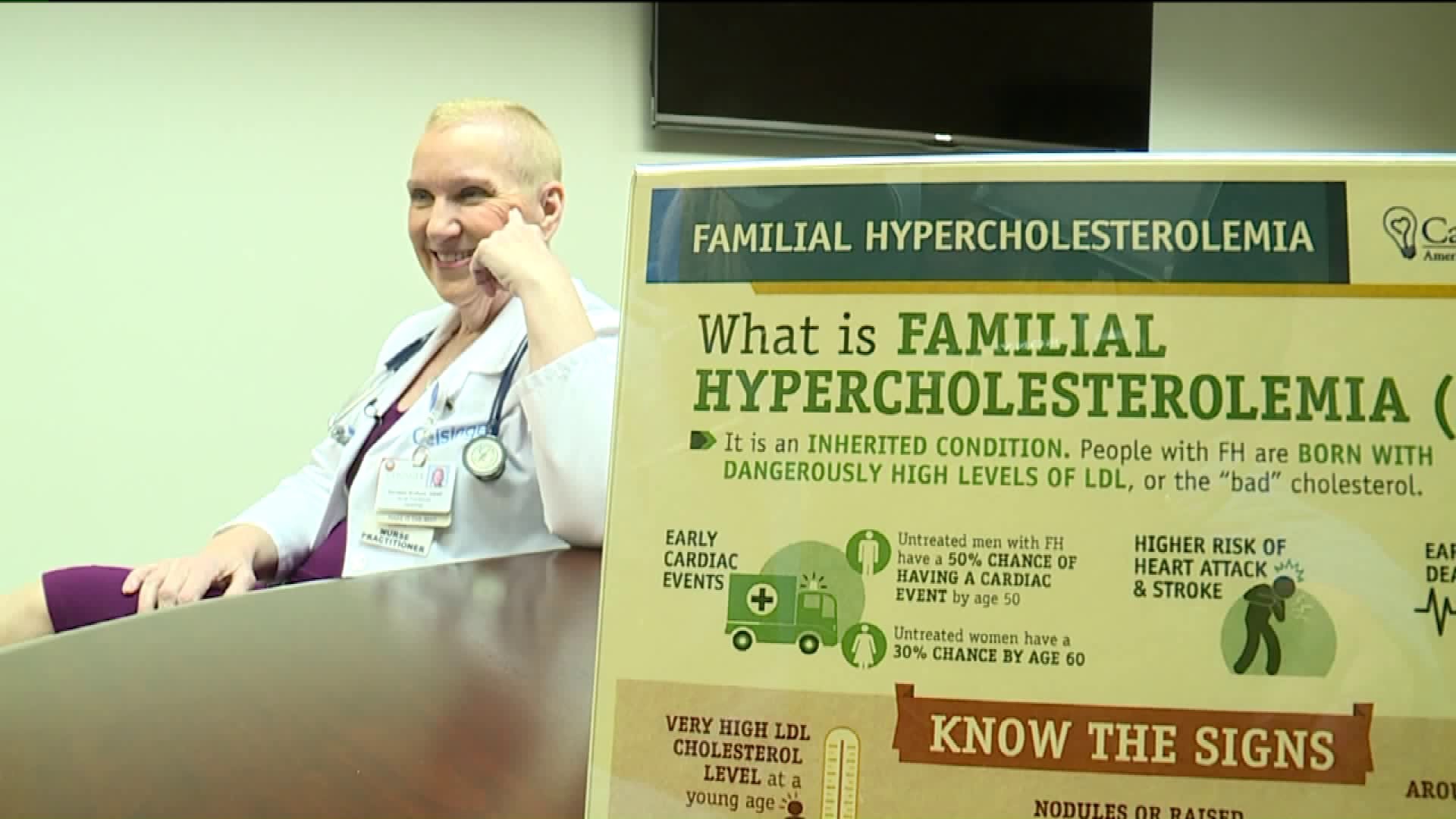 PLAINS TOWNSHIP -- It's not a stretch to call Stephen Motil an active guy.

The 29-year-old firefighter with the Plains Township Fire Department is always on the move. He's probably not who comes to mind when you think high cholesterol.

But Stephen says his father's side of the family has a troubling history when it comes to cardiac issues. His grandfather died of a heart attack at an early age and his father with an emergency when Stephen was young.

"At 32, my father had an open-heart bypass, six bypasses at the age of 32, which is when myself and my brother were tested for high cholesterol," he said.

Even before he was a teenager, Stephen was on a statin, a drug known to reduce cardiovascular disease.

Nurse Practitioner Caroline Graham says that was unheard of back then, but she thinks it's what saved his life.

"When I was young, we couldn't check cholesterol panel. People would just die. People that have familial hypercholesterolemia would die young," said Graham.

Caroline is a nurse practitioner in the cardiology department at Geisinger Wyoming Valley Medical Center near Wilkes-Barre.

Stephen was referred to her about five years ago and they started talking about FH.

Caroline helped Stephen with suggestions for a healthy eating plan.

She also started him on an injectable medication that was just approved by the government in 2015.

And he had other help, too, from his fiancée Amanda Machey, who happens to be a physical therapist.

"I want to keep him around for a long time, so I'm trying my best to help him through this process as much as I can," Machey said.

When Stephen first started with Caroline, his LDL level was 262. Weeks after his first injection, it was down to 77. 100 is considered typical, and today it runs near 100.

Stephen and Amanda know they have a bright future ahead now that they are armed with the right information they can help their future family.

"Knowing that I'm not going to have to go through what my dad did," Stephen said.

"He knew from his family history. Not everyone knows that. It's important to realize that when there's early heart disease in people that are nonsmokers, cholesterol levels need to be checked," Graham added.

According to Caroline Graham at Geisinger Wyoming Valley, It used to be that FH could only be diagnosed clinically. Now, thanks to advances in genetic testing, there are ways to know for sure if you or someone in your family has the condition.