PLYMOUTH, Pa. — A man in Luzerne County says he’s ready to play basketball and go skiing again as soon as there’s snow after a scare with his ... 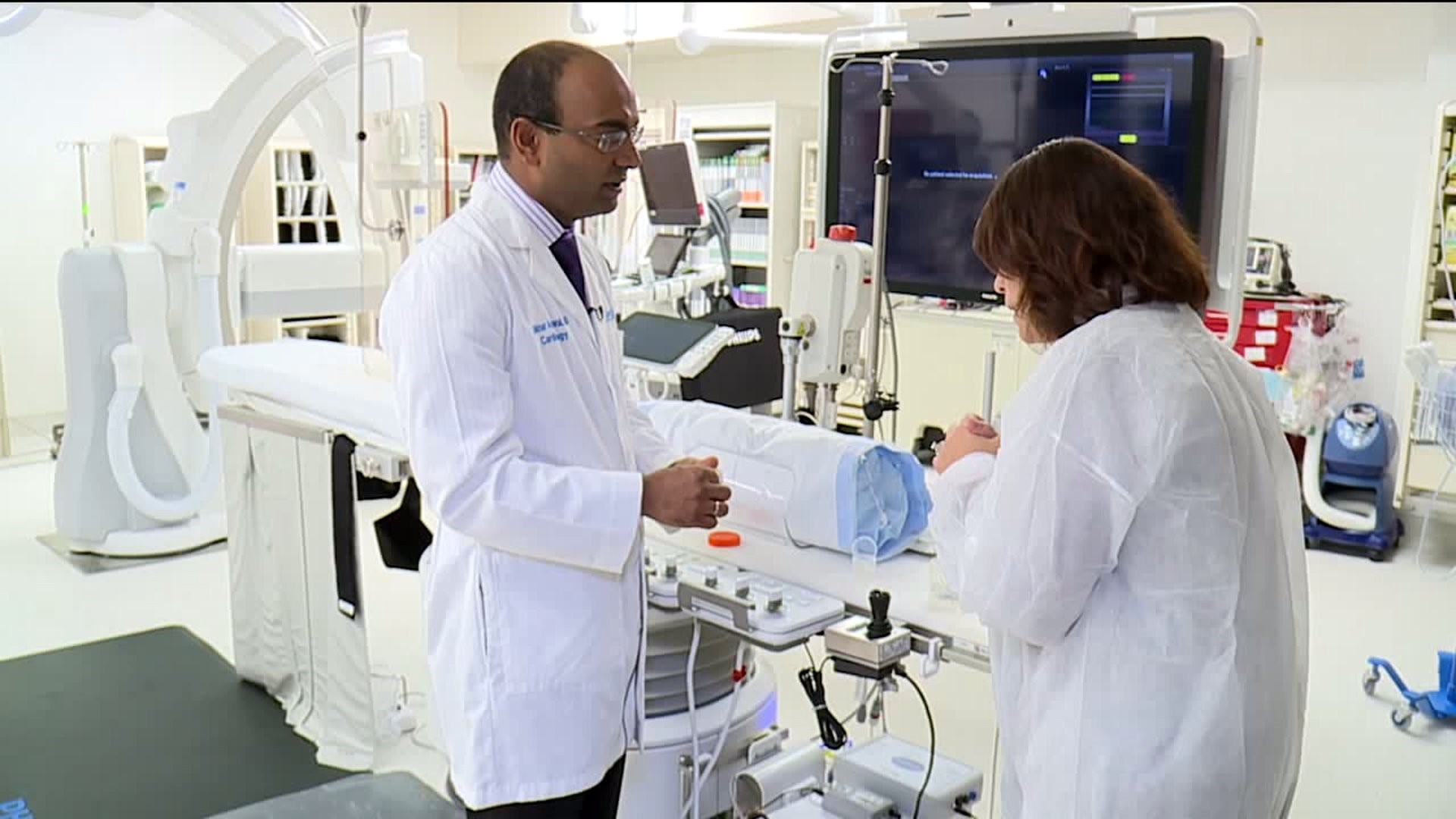 PLYMOUTH, Pa. -- A man in Luzerne County says he's ready to play basketball and go skiing again as soon as there's snow after a scare with his heart a few months ago.

Open-heart surgery was an option he didn't want to consider, but doctors at Geisinger gave him a different option.

"Been a very lucky life, been healthy most of my life, tried to take care of myself physically."

That's 79-year-old Tom Wasilewski who lives in Plymouth. About nine years ago, he realized he had a serious heart issue: multiple artery blockages. Surgery fixed that, and he was healthy again, until a routine scan last August.

"My cardiologist says, 'Waz, everything's fine, but you've got a buildup of calcium on your aortic valve, which is slowing down the amount of blood that's getting to your heart,'" he recalled.

Tom needed another surgery, which doctors at a hospital out of the area offered to do -- an open-heart surgery, because of that calcium buildup.

But Tom says a team at Geisinger offered him an alternative, something called TAVR, which may sound familiar if you're a fan of the Rolling Stones' Mick Jagger who had the same procedure in April.

He explains TAVR is commonly done on patients in their 70s or 80s who are at high risk of open-heart surgery, which requires general anesthesia. TAVR is done under conscious sedation.

"I told him, 'Hey, you can watch this whole procedure and make sure we're doing it right,'" Dr. Agarwal said.

A stent is threaded into the right place, then inflated to open up the artery.

And Dr. Agarwal says that calcium buildup made this a unique case.

While putting the stent in, calcium can become dislodged, putting the patient at risk for a number of serious issues, like stroke.

Dr. Agarwal showed us tiny filter devices he inserted. He says they sit like umbrellas to prevent calcium from getting to the wrong place.

It worked, and Tom says he was amazed by how quickly: just 23 hours after he was wheeled into the OR, he walked out of the hospital and went home.

"It's astounding the level of expertise and technology that exists today. And we're fortunate to have it here," he said.

Dr. Agarwal points out Geisinger used to do one to two TAVR procedures a day, a few days a month. Now they're doing three or four a day, and looking to expand the offering to eight days a month. He says that's how much demand for the procedure is growing.