HAZLETON — While Hazleton City Police Department is trying to put more cops on the street, the police are turning to the community for help. That help can... 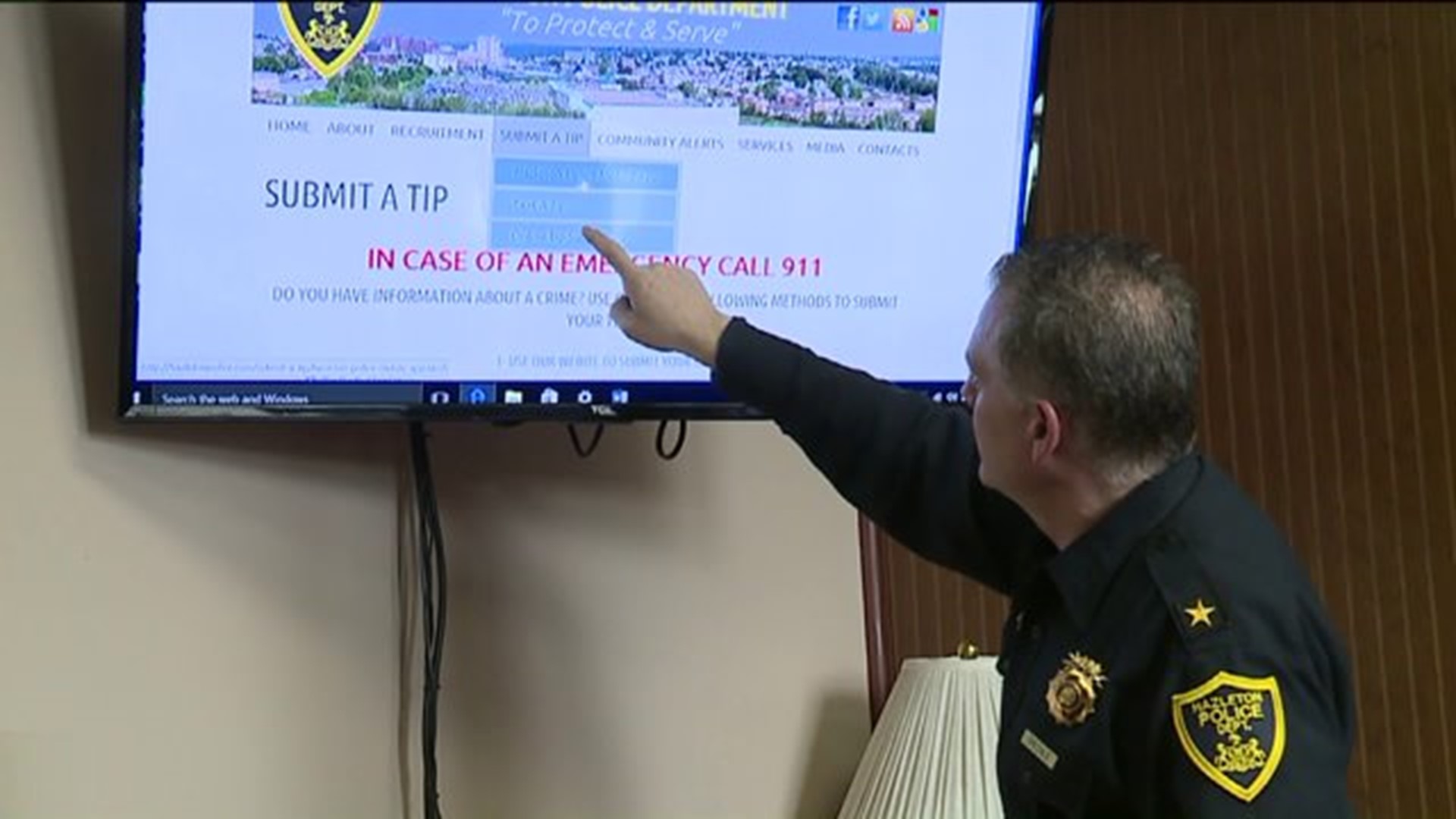 HAZLETON -- While Hazleton City Police Department is trying to put more cops on the street, the police are turning to the community for help.

That help can come from the click of a mouse or a tap on your phone with the city's new community alert system.

"What happens is after you send a tip in, within three seconds you get a response that immediately tells you, 'If this is an emergency, call 911.' This is not to replace 911, but once that happens, we go back and forth with you," said Acting Hazleton Police Chief Jerry Speziale.

Community members can sign up for criminal and emergency alerts as well as provide tips submissions to Hazleton's Police Department.

On Tuesday, a tip came in with the name of a suspected shooter who was later arrested.

People in the city hope it will be a useful tool.

"It's good to know what is going around. Especially to be able to get it on your phone because everyone lives on their phone basically," said Mervelise Medina of Hazleton.

The tip app and website are both completely anonymous and it won't cost taxpayers a dime. The chief hopes these tips will help limit crime in the city.

Jack Earley from Hazleton used to be a special investigator. He wishes this type of technology was around when he walked his beat.

He thinks keeping up with the times is important and an easy accessible program might be just what the city needs.

"Well it might make it a little easier for the police department. They can send on where crime is going down and I think it's going to be very helpful," said Jack Earley, Hazleton.

A "text tip" version will be launched for community members who don't own a smartphone. That version is expected to be set up by next week.