New policies and procedures will help police in Hazleton communicate with non-English speakers. 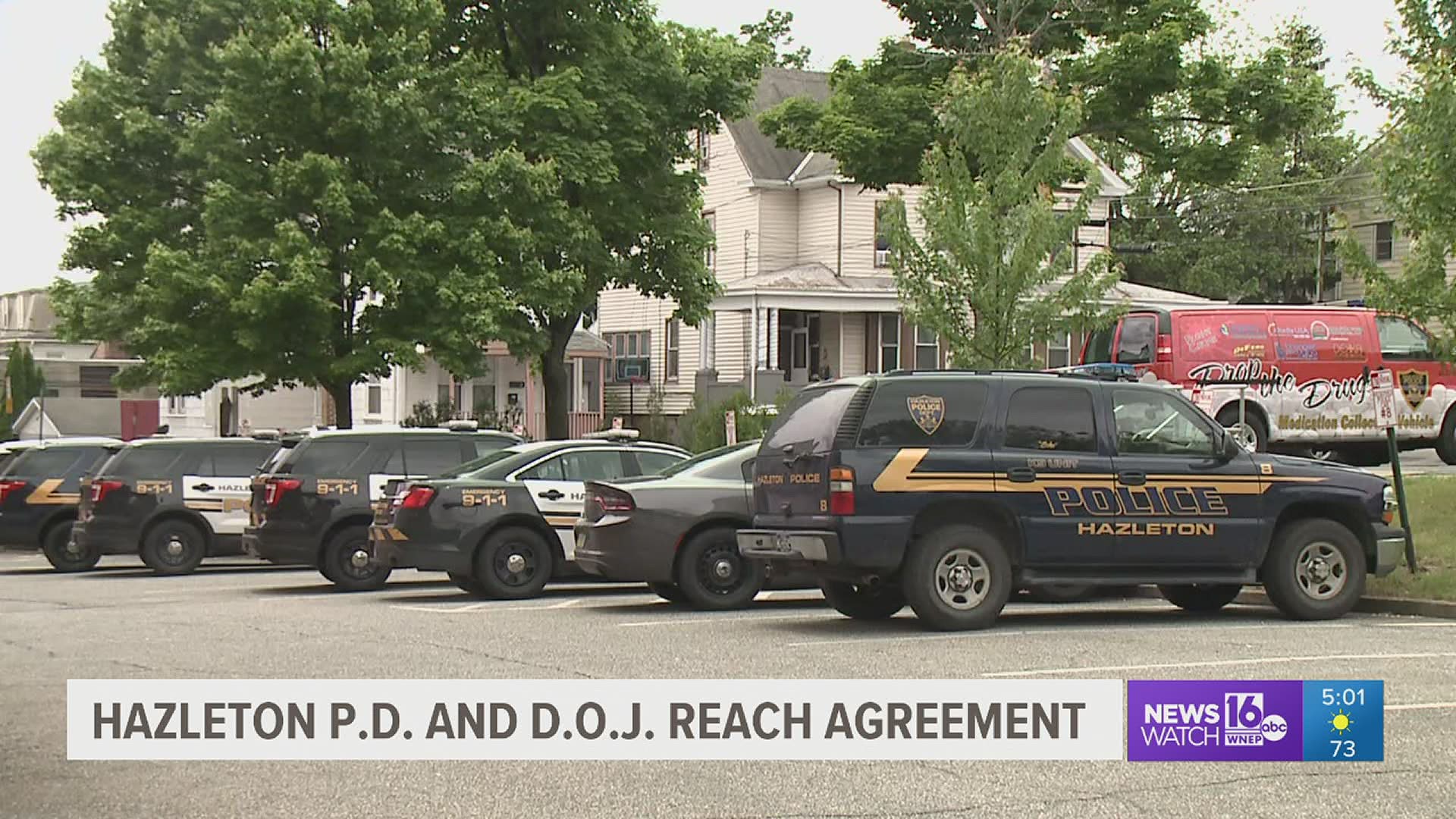 HAZLETON, Pa. — All around the city of Hazleton, there's evidence of the diverse culture here--including signs in both Spanish and English.

On Friday, the Department of Justice announced it reached an agreement with the Hazleton Police Department to mirror the communication efforts seen on the streets.

"Several years ago, someone filed a complaint that our department was not providing enough language services for the Latino population throughout our area," explained Hazleton Police Chief Brian Schoonmaker. "And since that complaint was filed, we worked with the Department of Justice to come up with a policy of how we can provide a better service to our community."

The DOJ says the complaint involved a man who was forced to rely on his child and a coworker to translate for him as he communicated with the police.

"During the learning process, we're now able to sign it and agree to it that we would be providing multiple avenues for anybody who is English second language," added Chief Schoonmaker.

While police in Hazleton tell Newswatch 16 they have taken several steps since that complaint several years ago to better communicate with the Spanish-speaking population here, people in the city say they wish it didn't take that complaint and the Department of Justice to step in before something was done.

"Because we know locally the trend about, you know, demographics, changes," said Fermin Diaz, who lives in West Hazleton, but works for many organizations in the city. "So maybe it's better be proactive and look for resources to do that, without any kind of involvement from another party."

"I think they have to do more because we don't really have any people who can talk with Spanish or another language," added Maria Rodriguez, who runs a restaurant in Hazleton.

Changes underway at the Police Department include Spanish and English notices and forms, assessing language skills of bilingual officers, and training staff on when to access interpreters, including telephone translation services.

If you would like to see more on this agreement between the City and the DOJ, you can read it by clicking here.