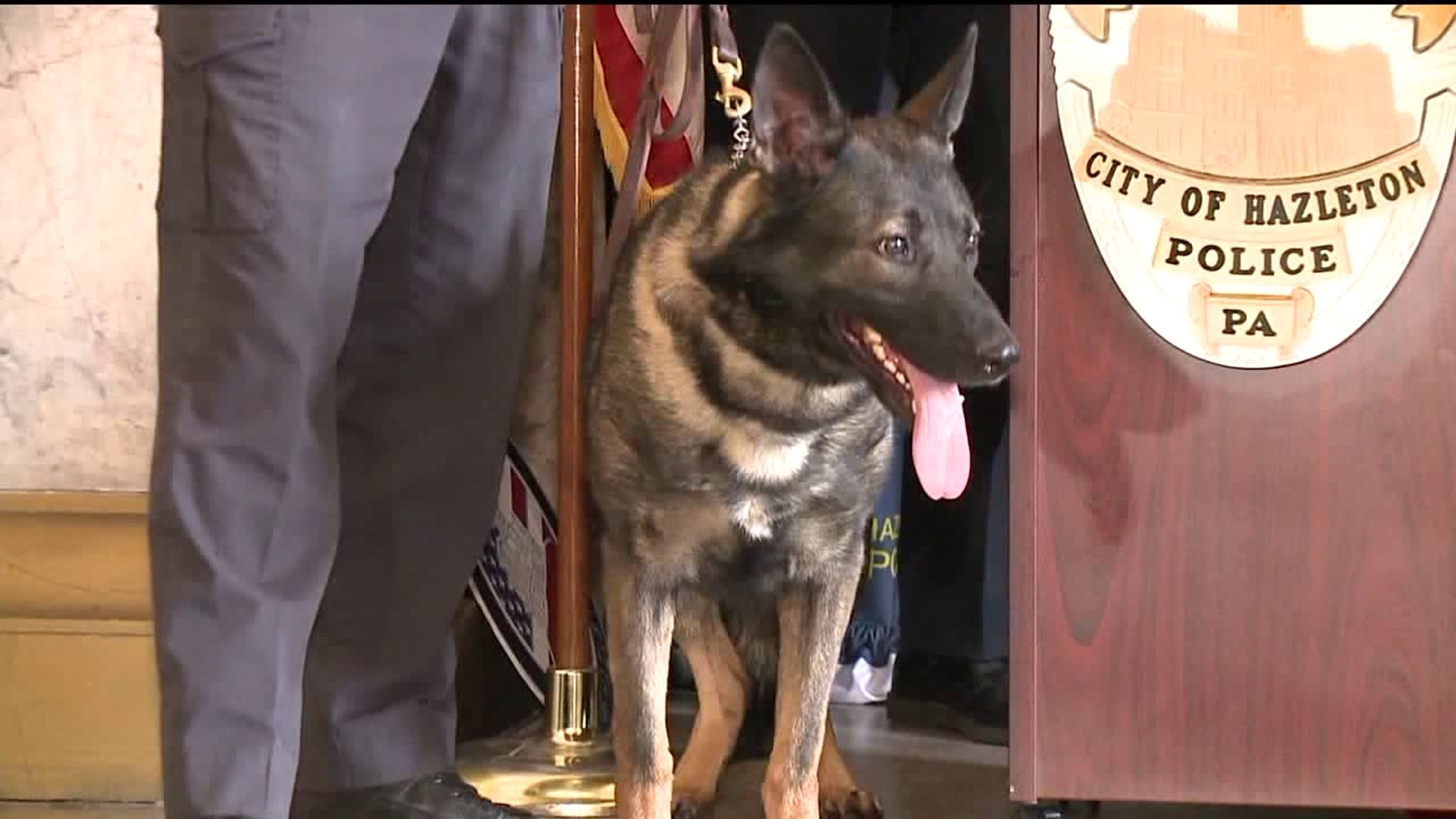 HAZLETON, Pa. -- The Hazleton Police Department received a potentially life-saving donation. Soon, all three K-9s on the force will wear protective vests while on patrol.

Hazleton police dog Endy was led into city hall by his handler Lt. Kirk Wetzel to receive a donation for a protective vest for the dog to wear while on duty.

"It's very important because it stops the bad guy harming our dog as well. You know, God forbid someone would shoot at the dog, it would protect him from that," said Lt. Kirk Wetzel.

The $2,200 gift is in honor of Susan Takach's cousin Rita Bradish.

In honor of her cousin, Rita, Susan Takach presents the Hazleton Police Department with a check for a ballistic vest for police dog Endy @WNEP pic.twitter.com/BDJdXlP150

"(Rita) was an animal lover just like me," Takach said. "She cared about this town with its ups and downs, and when she passed, she didn't want any kind of an obituary or memorial or anything like that, and I thought that this would be a good way for her to say goodbye to everybody."

Hazleton Police Chief Jerry Speziale says it's touching when members of the community give back to the police department.

"There is one simple thing that I can say to you: on behalf of the men and women, the mayor of the city of Hazleton and our K-9, thank you very much and God bless you," said the chief.

Lt. Wetzel says Endy will receive his new vest in about a month and it will include a patch in Rita's honor.