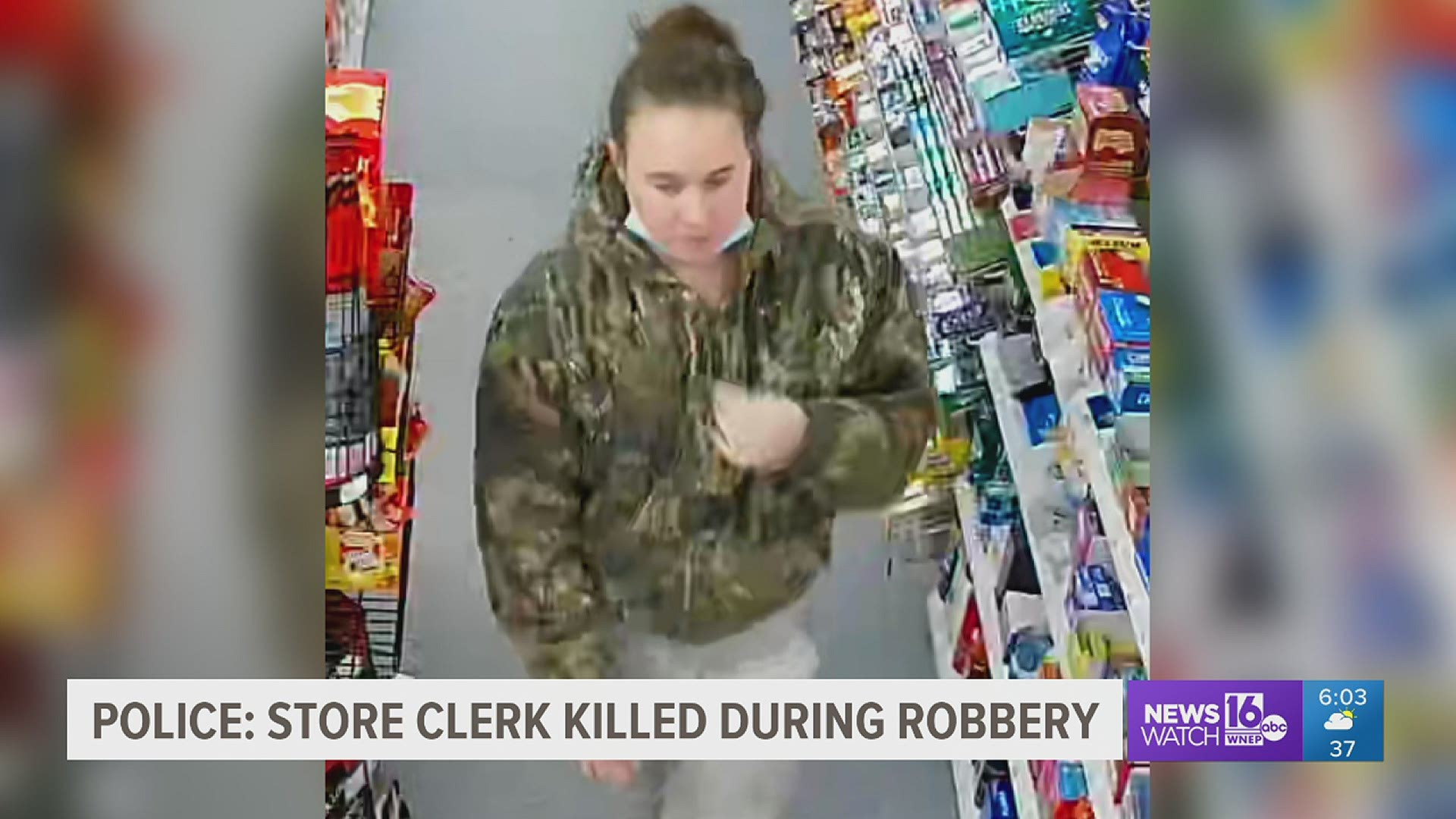 HAZLETON, Pa. — A death investigation over the weekend is now a case of homicide and armed robbery.

Investigators told us that on Saturday night, police were called to Craig's Food Mart on West Broad Street in Hazleton after someone called asking for help. When police arrived, they found the store clerk, Ashokkumar Patel, 50, shot to death behind the register.

Police are now looking for the public's help in identifying two people — the man they believe shot and killed Patel, and a female who was in the store before the killing. They believe she might have information that can help them.

The man was wearing an orange or red Nike sweatshirt Saturday night and drove off in a dark-colored Jeep Cherokee, a 2014 to 2018 model.

The woman was driving a white Dodge Ram truck that had the license plate secured to the top right corner of the truck's cab.

"Mr. Patel was murdered in a cruel and violent ambush while he worked to support his family and himself," said Luzerne County District Attorney Stefanie Salavantis. "Mr. Patel did nothing to provoke his killer, and the preliminary investigation reveals that the shooter walked into the store to commit a robbery and shot Mr. Patel for no other reason than to avoid leaving a witness behind."

If you have any information about what happened on West Broad Street in Hazleton on Saturday night, you are asked to contact police in Hazleton at 570-459-4940, ext 6.