Hazleton ‘Getting More Dangerous Than Ever’

HAZLETON — The city of Hazleton has been rocked by a sudden surge of violence. Police responded to three shootings in less than one week, including two in... 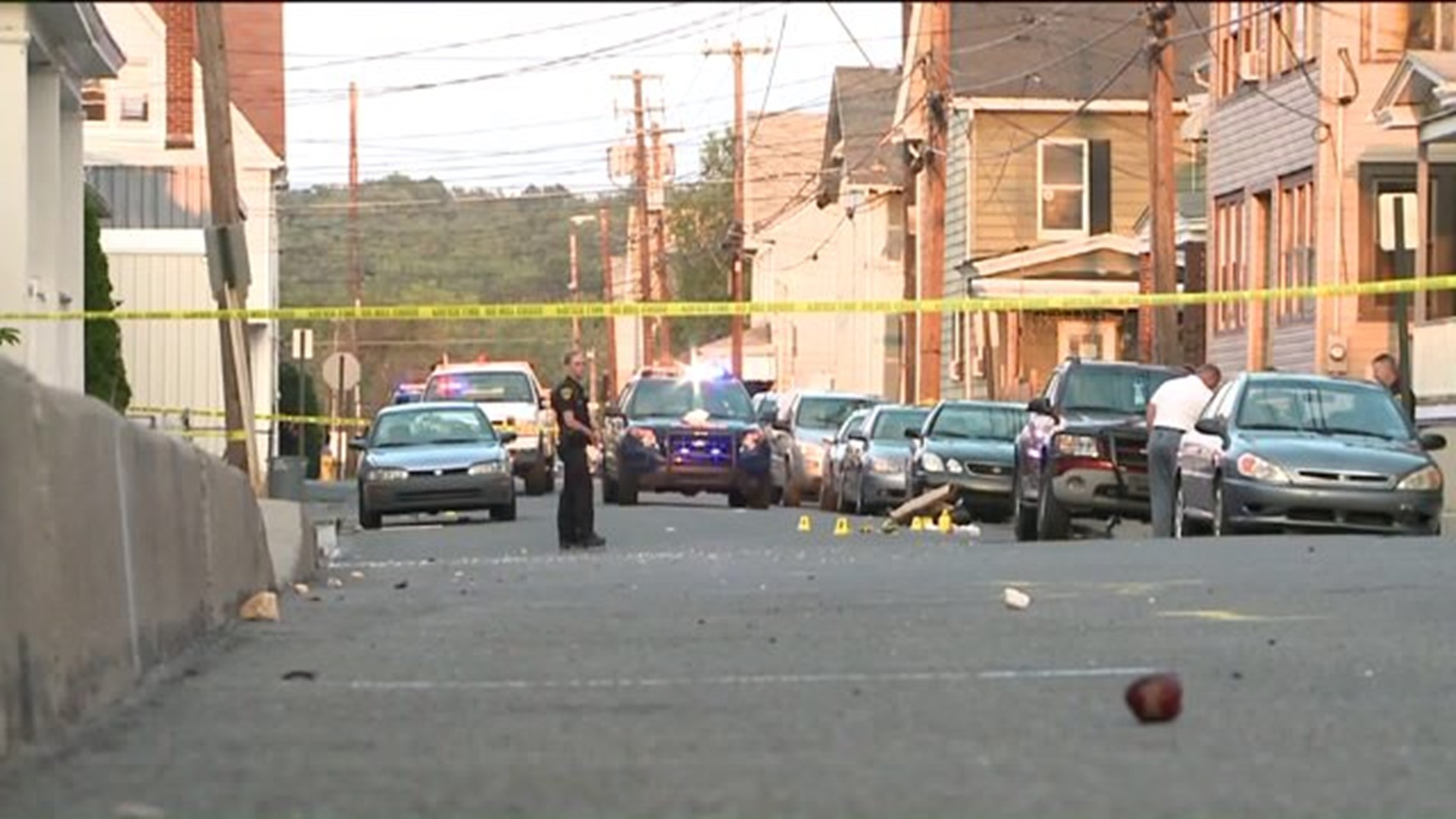 HAZLETON -- The city of Hazleton has been rocked by a sudden surge of violence.

Police responded to three shootings in less than one week, including two in the same neighborhood within hours of one another--one on East Green Street and one on Bennett Court.

In total, about five people have been arrested following gun violence over the past couple of days.

Christian Ashby, 19, and Michael Shirley, 22, are the latest of the five to be arrested following those crimes.

We spoke to people in the area caught in the middle of all this who hope something will be done soon to end what has become their new normal.

"Hazleton is getting more dangerous than ever!"

Cynthia Paulino lives just a few blocks away from where those shootings happened. Her kids, who she won't let outside after dark, have gotten too familiar with the sounds of gunfire.

"It was scary, very scary," said her daughter, Anniel Carrasco.

But police and city officials say they need help from the community.

"I think they have to take back their neighborhood by speaking up. If they do that then this element won't take over the neighborhood," Mayor Joe Yannuzzi said.

While police and city officials want people to speak up, many say they are scared. They still have to live in these neighborhoods where the violence seems endless.

"People are scared to talk about it. Maybe somebody saw something and they just don't want to tell somebody because they are scared something might happen to them and it's sad that we have to live in fear," said Krysti Montgomery of Hazleton.

But when people do get the courage to speak up, there's a language barrier. Almost half the city's population is Spanish-speaking, but the mayor knows of only one bilingual officer on the force.

"We need Hispanics on our police force, but the civil service won't just allow that. The only reason we could come up with was that we would give them more points if they are bilingual," Yannuzzi said.

The mayor hopes that at least one more bilingual officer will be hired during the next round of officers added to the department and that could help police and residents work together to take back the community.