HAZLETON, Pa. — It was a celebration of the stars and stripes and the freedoms that come with it at City View Park in Hazleton. People saluted a large fla... 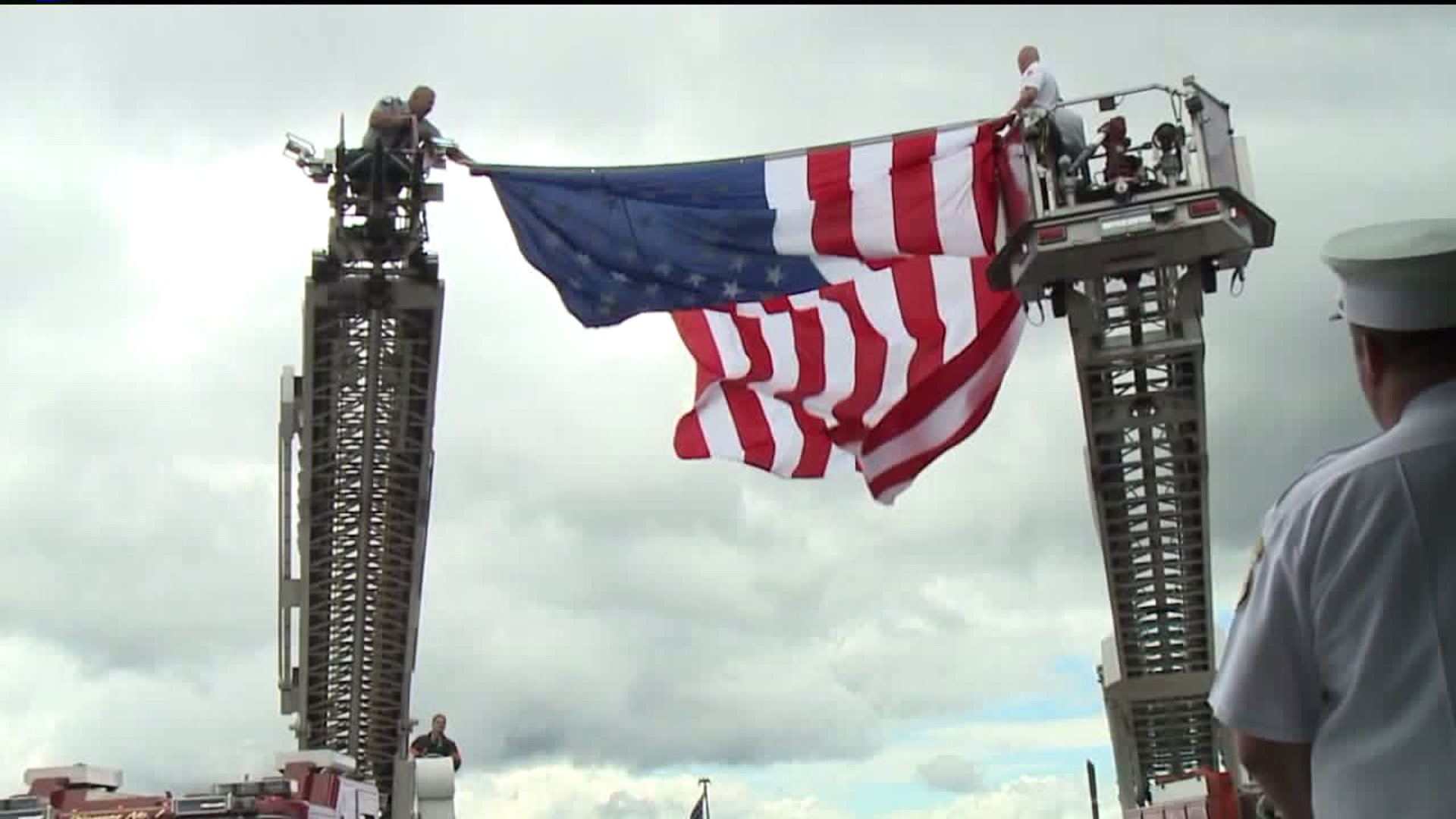 HAZLETON, Pa. -- It was a celebration of the stars and stripes and the freedoms that come with it at City View Park in Hazleton.

"When you look at the flag and you honor the flag, it represents the freedoms that we enjoy every day. It also represents those who fought for our country who gave us this freedom," said Hazleton Fire Chief Donald Leshko.

More than three million flags have been donated by the organization since the late 1940s.

"It is such a heartwarming thing and they have come through donating American flags and we can't say thank you enough," said Chief Leshko.

The Hazleton City Fire Department honors an American Flag every day before their shift. They plan to use the larger flags for special occasions and remembrances.

"It is a 15-foot by 25-foot flag so it definitely will adorn any event we can use it and the bottom line is to show the freedoms that our country enjoys each day and we never forget the freedoms that we have," the chief added.

The fire department plans to display the flag during the city's 4th of July celebrations.