The pandemic has caused setbacks for youth sports, but one league is dealing with an unrelated problem — the theft of gear from a storage facility. 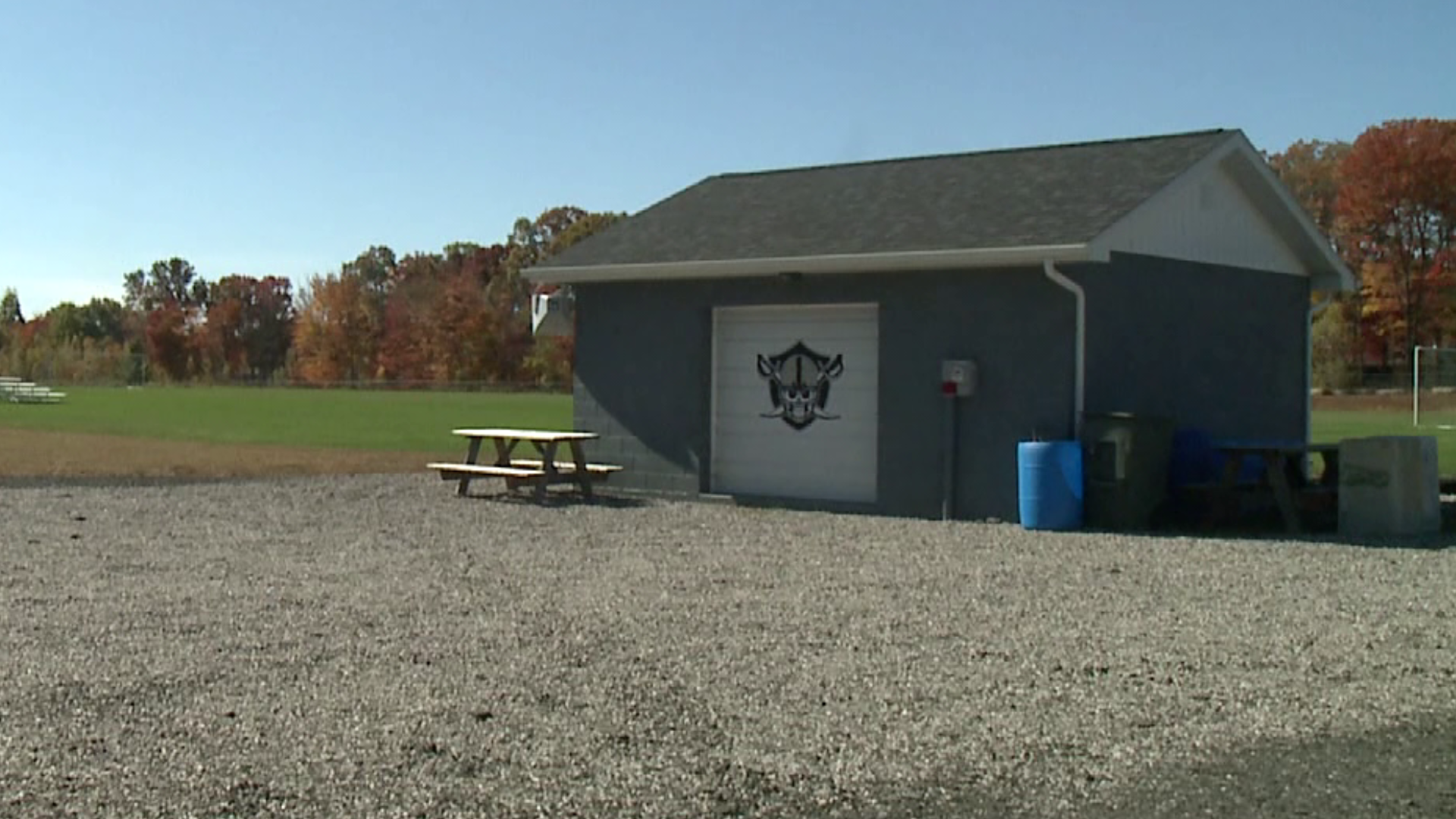 HAZLETON, Pa. — The field is empty, and the fieldhouse is all closed up at the Hazle Township Community Park, home of the Raiders. The cancellation of the Hazle Township Youth Football League's season because of the pandemic is not the only disappointment the players are facing.

"We were contacted by a family that lives in the area of our practice facility. And they had advised us that there were several items belonging to us that were found in the woods," said Kurt McHugh, vice president of the league.

McHugh discovered it wasn't just the bleachers that were empty.

"We found that there was a padlock and garage door that had been broken and jarred open and then just set back in its place with several of our items missing."

Pictures from the league's Facebook page show what the atmosphere was like on a game day before COVID-19. Many items seen in the photos were taken from the team.

"The more expensive items that were taken out of there were football helmets, so shoulder pads, a lot of the cheerleading stuff, cheerleading uniforms, cheerleading warmups, mugs, some other miscellaneous things, extra pads for helmets, etc."

Other teams the vice president tells us have shown nothing but sportsmanship while the Raiders deal with this setback.

"We've had multiple phone calls from other teams with well wishes, with opportunities to borrow equipment if we didn't get back onto our feet as well as financial donations," said McHugh.

The pandemic has not only canceled the season for the Raiders but also hindered the team's fundraising efforts, so the league has set up a GoFundMe fundraiser online.

Anyone with information about the theft should contact state police in Hazleton.