Danko's All American Fitness in Plains Township welcomed gym members back for the first time in more than two months Tuesday morning, defying the governor's plans. 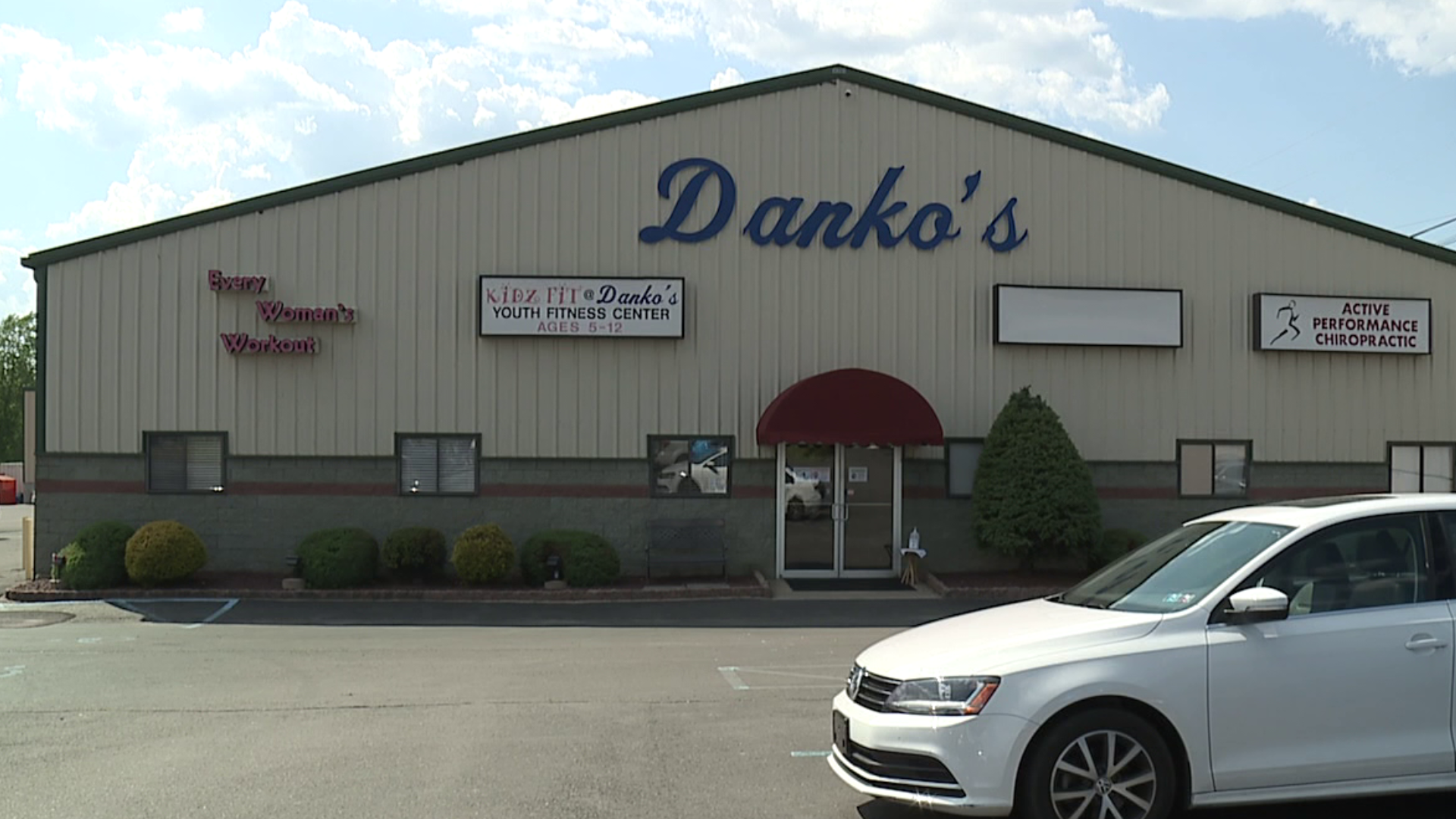 PLAINS, Pa. — When gym members walk in the door at Danko's All American Fitness in Plains Township, there are signs on the floor marking six feet of distance, hand sanitizer is nearby, and temperatures are taken.

The gym in Luzerne County decided to reopen on Tuesday morning, going against the governor's reopening plan.

"We stayed closed as long as we possibly could as a business and stay above water," Owner Larry Danko said. "We had to get our employees back to work. We felt like our community and all our members needed to get back in here."

The gym was closed for more than two months. Danko said it was hard on his employees.

"We had to lay off 33 people. That's why I say we're trying to get these people working again. We want Pennsylvania and the economy to start to rise up again," Danko said.

Luzerne County is still in the red phase of the governor's reopening plan. It moves into yellow this Friday. However, gyms are not supposed to reopen until the green phase.

Mekhi McDonald said he came to Danko's gym immediately when he heard it reopened.

"I was eating junk food and all that, you know, being all unhealthy, and as soon as my mom was like, 'honey, do you want to go to the gym?' I was like, 'the gym is open? Let's go,'" McDonald said.

"I believe they are doing everything they possibly can in order to reopen to these people who are dedicated to this," gym member Max Reynolds said.

The chief of police in Plains Township tells Newswatch 16 that Danko will be mailed a citation for every day his gym is reopened in violation of the governor's order. Then, a magisterial judge will determine the amount of the fines.

Danko is not the first to try this.

10-X Fitness in Lackawanna County opened earlier this month. The owner closed again after he was cited by police four times in two days.

Danko said he will be open again at 5 a.m. Wednesday morning.

He plans on reopening his second gym in Dallas next Monday.