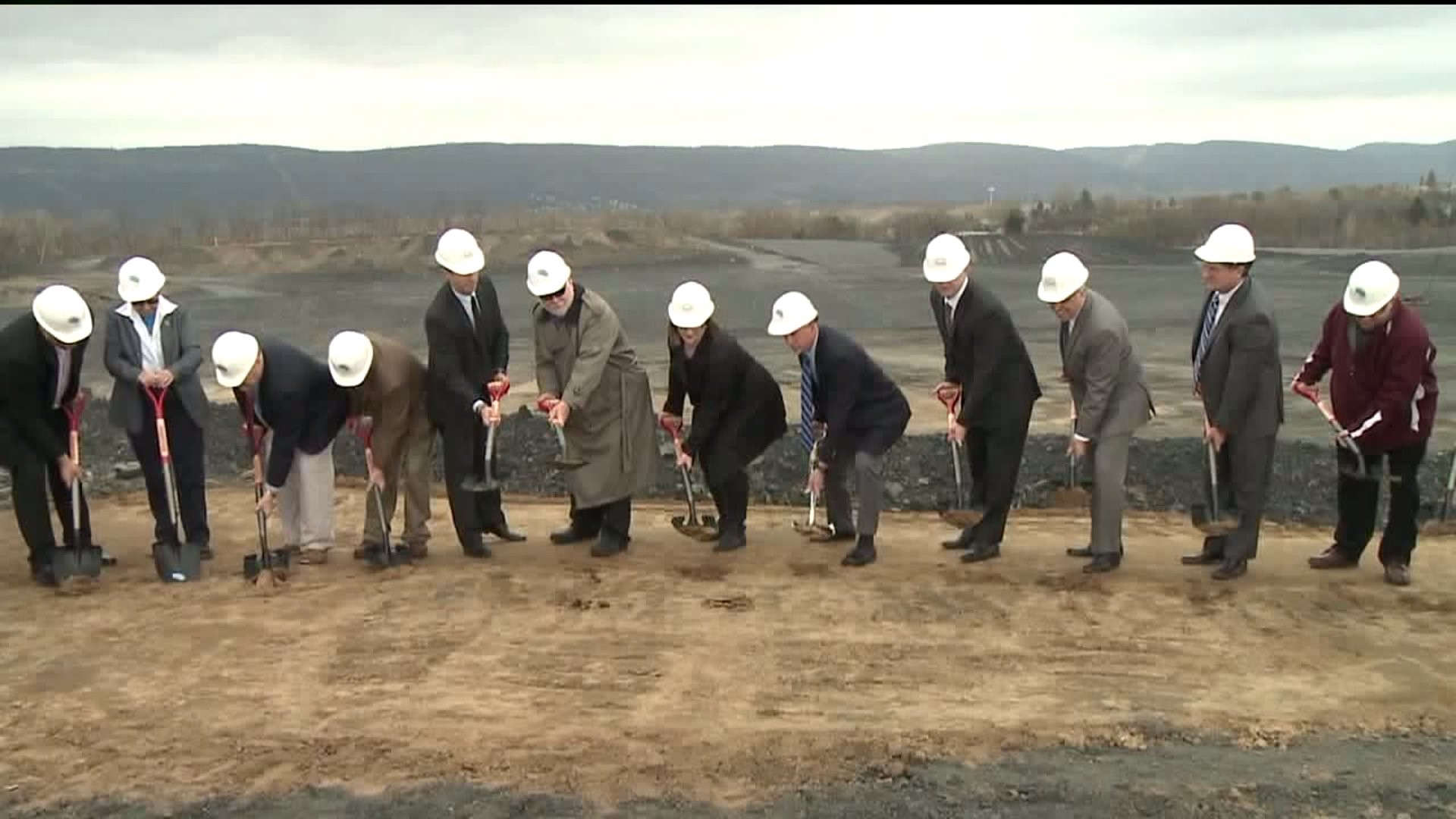 About a dozen protestors showed up at the ceremony, worried that the land the school is being built on could be harmful to students' health.

The site is on nearly 80 acres of old mining land that will be the location of Wilkes-Barre Area School district's new consolidated high school.

The new school will combine the district's three high schools into one. It's a project that has been controversial among some parents and several of them showed up to the groundbreaking to protest. They believe the land is not safe for students because it used to be a mine.

"It's very concerning," said parent Lois Grimm. "You wouldn't even be able to build a house on this property because of the levels that they found in the soil but we're putting a school on it. I mean, that right there should give the school board members pause."

We spoke with a representative from the DEP who says the land is safe to build on.

"I think the school district has identified the site. They've studied it. They know what contamination is here and they have appropriate measures to deal with it to make it safe for reuse for a school," said DEP official Michael Bedrin.

In addition to the health concerns the protesters have, they're also upset about losing their neighborhood schools.

"For me to drive up here took 15 minutes. I can't imagine on a school bus and having to start at 8:10 in the morning and how to get to practices," said Grimm.

"I think change is difficult and I think we all have different ways that we have to deal with change, and you know for us, we're just so excited that this is something that is going to be a state-of-the-art facility. It's going to be a campus-like setting for our community and our students are just going to be able to have opportunities that they have not been able to achieve in the current system that we've been dealing with," Costello said.

The new high school is expected to open in 2021.