LUZERNE, Pa. — A grandmother from Luzerne is telling of a remarkable achievement. She was able to climb 12,388 feet to the top of Mount Fuji in Japan at t... 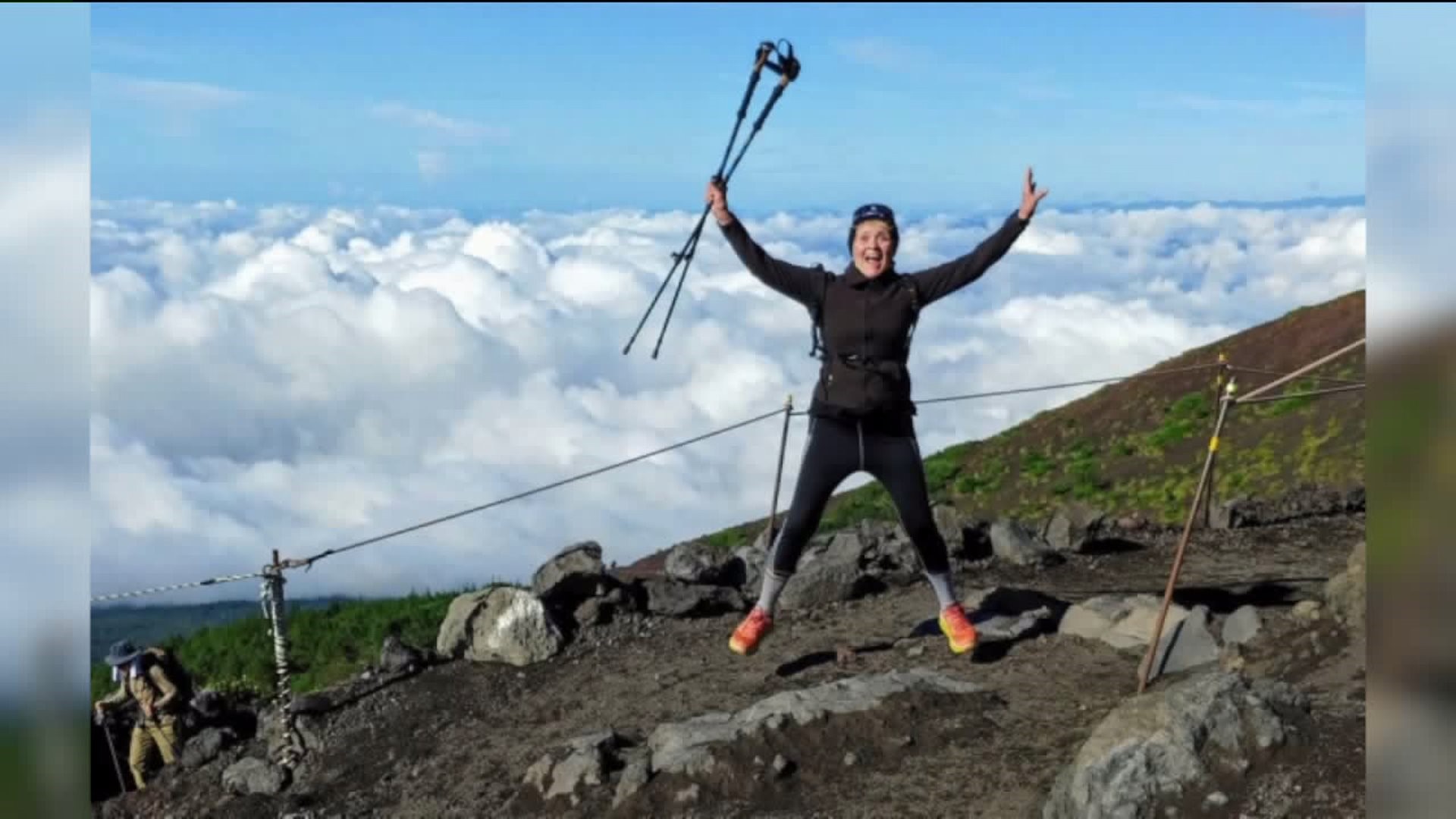 LUZERNE, Pa. -- A grandmother from Luzerne is telling of a remarkable achievement. She was able to climb 12,388 feet to the top of Mount Fuji in Japan at the age of 73.

Elizabeth Dunsavage said when she and her son Jason were halfway up Mount Fuji they were met with torrential downpours. However, they battled the elements together. Her son captured the moment she reached the top.

Dunsavage said the view was worth the struggle.

Making it to the top of this active volcano was no small task. Dunsavage said the weather on Mount Fuji can be unpredictable.

"We were inundated with this hurricane-like winds, rain," Dunsavage said.

This wasn't the first major climb Dunsavage has completed. Five years ago in Africa, she climbed Mount Kilimanjaro, which is more than 19,000 feet to its peak.

She's also finished many marathons, even completing a half marathon and a full marathon in one weekend.

"So that was like you've done 39 miles and that was rough. They're all a little rough," Dunsavage said laughing.

Dunsavage has been a fitness instructor for more than 20 years. She currently teaches an aqua aerobics class every weekday at 10:30 a.m. at Odyssey Fitness in Wilkes-Barre.

Dunsavage adds that age is just a number. She encourages people of all ages to stay active.

"Just do it. Just try it. Do it in steps. Two miles, then five miles, then eight miles. Then rest and then do it over again," Dunsavage said.

You better believe this was not Dunsavage's last major climb. She and her son are already trying to figure out what mountain or volcano they will go to next.