MISERICORDIA UNIVERSITY — Governor Tom Wolf made a stop at Misericordia University on Friday to support the university’s “Women with Children&... 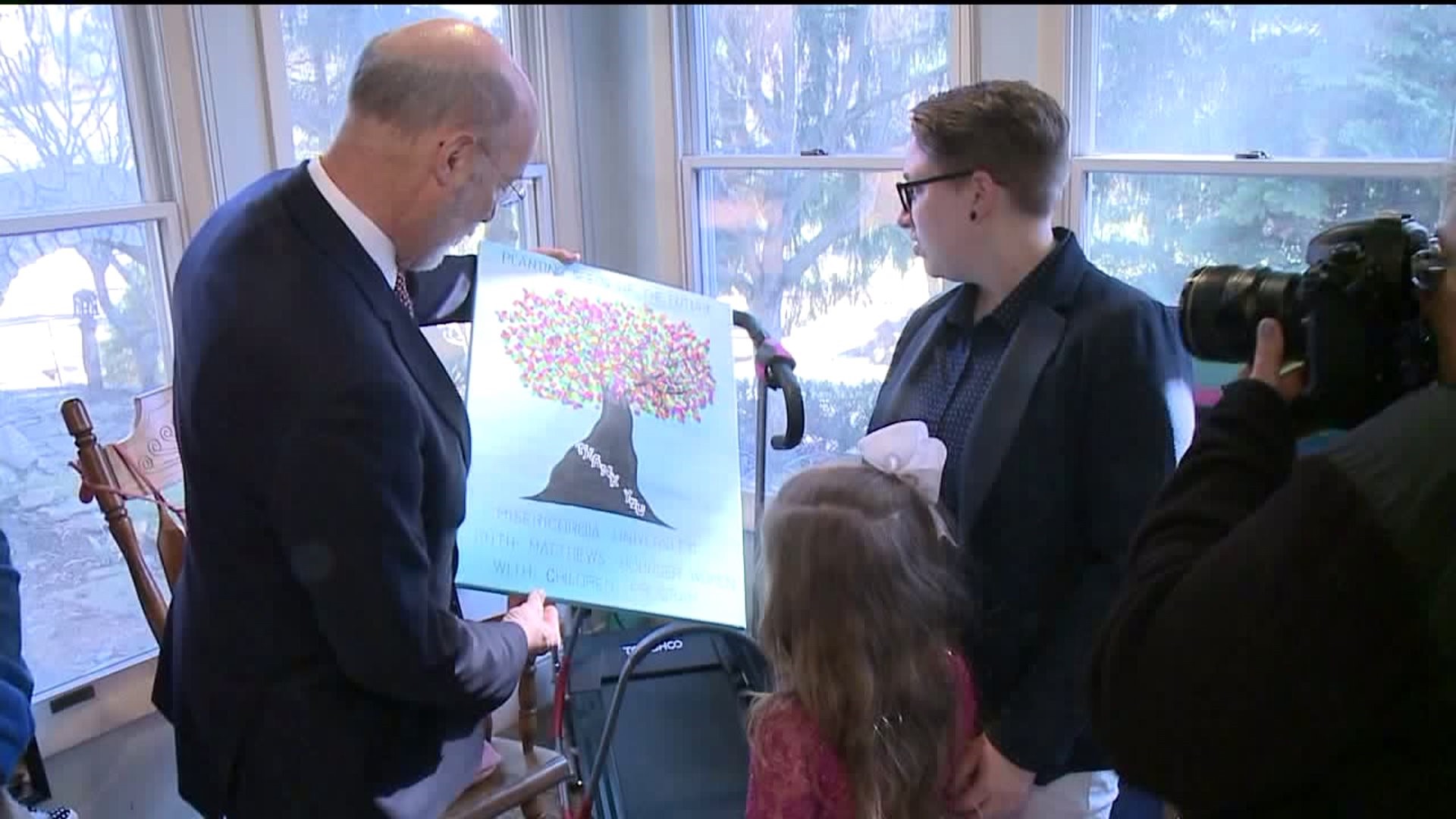 MISERICORDIA UNIVERSITY -- Governor Tom Wolf made a stop at Misericordia University on Friday to support the university's "Women with Children" program. He says the program helps support the state workforce.

The governor mentioned Misericordia during his budget address earlier this week. He wants to invest $5 million into programs like the one at the university.

The program provides housing for single mothers and their children, so women can pursue a college education.

.@GovernorTomWolf is speaking at @MisericordiaU this afternoon. He’s taking a tour of the university’s Women with Children program. @WNEP pic.twitter.com/WnuF55bJ1o

"We are absolutely committing to disrupting the assumption that poverty is an insurmountable barrier to higher education and the professional aspirations that come with it," said program director Katherine Pohlidal.

The program started about 20 years ago. It has three houses that can house 16 families.

"Me being here is motivating my daughter to further her education so why not?" said Misericordia University student Rochelle-Jade Scott.

Gov. Wolf took a tour of one of the homes on campus where the single mothers live with their children. He met student mothers like Rochelle-Jade Scott.

"I was in the workforce but I wasn't able to basically live without struggling, so I needed a school where I was able to get my bachelor's and take care of my daughter at the same time without sacrificing anything," Scott said.

Gov. Wolf says the Women with Children program helps support the state's workforce. In his 2019 budget, he's proposing a $5 million investment into programs like this one.

I’m at @MisericordiaU today to talk about their Women with Children Program, which helps single moms pursue college degrees by providing housing and other services.

As part of my plan to create the strongest workforce in the nation, I want to replicate this program across PA. pic.twitter.com/AwYOdHxqCA

"If we don't get it right here, if we don't get out of the way, if we don't empower people who want to get into the workforce and do good things and make our economy stronger, then shame on us. We're actually going to pay more for that," the governor added.

There are only eight women with children programs at colleges across the country.

Since the program began at Misericordia, 30 student mothers have graduated.