Golden Retriever Back Home with Family After Three Months

KINGSTON — A woman from Luzerne County is breathing a sigh of relief after her family’s pet was returned home Tuesday. This, after the dog was wrong... 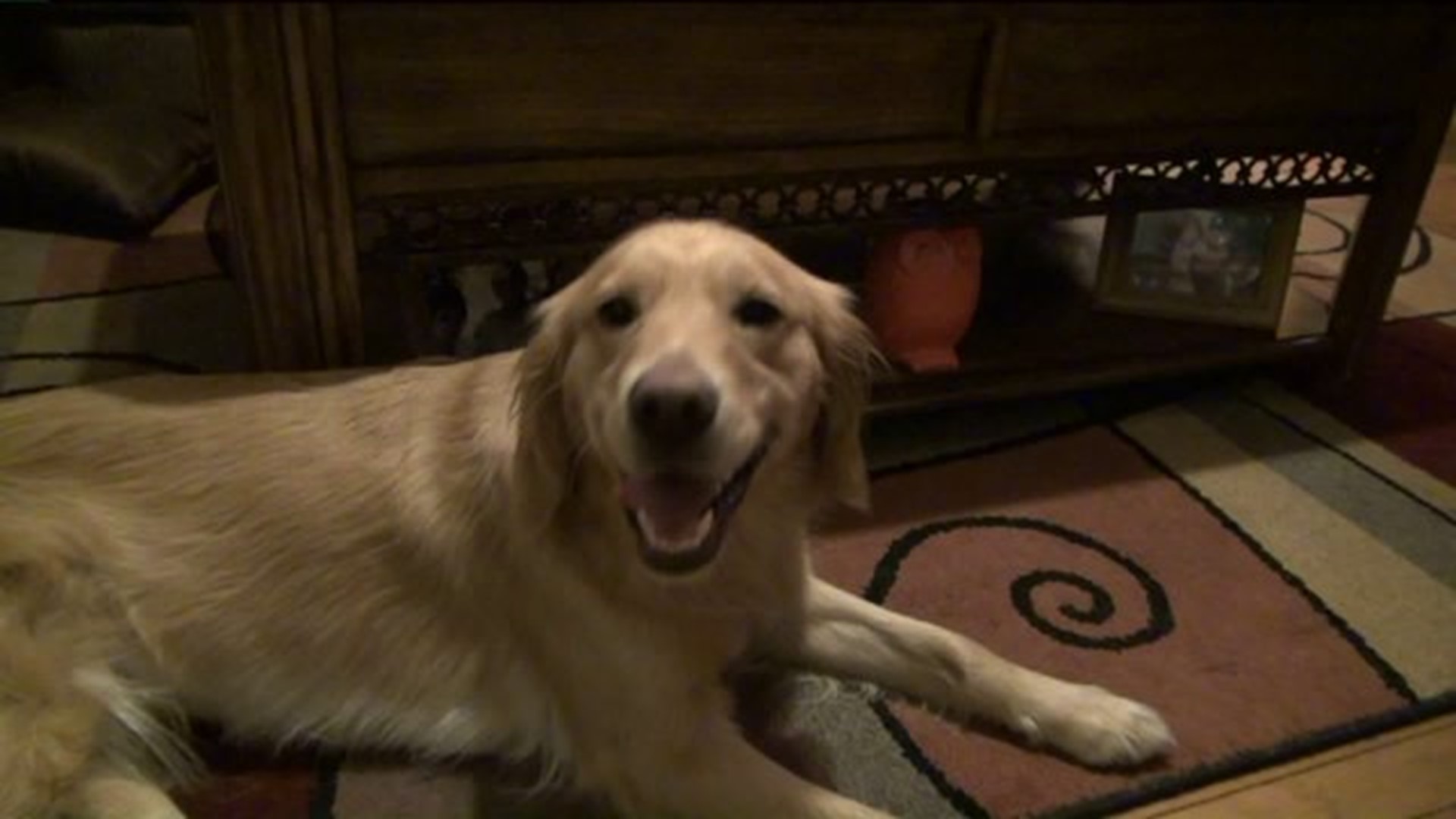 KINGSTON -- A woman from Luzerne County is breathing a sigh of relief after her family's pet was returned home Tuesday. This, after the dog was wrongfully brought to the SPCA of Luzerne County as a stray, and adopted by another family.

Lindsay Riccardo thought she would never see her beloved Golden Retriever again, but Tuesday morning, she got a call from her attorney saying her pet would soon be coming home.

2-year-old Annabelle is back with her family after three long months of being away from home. This time, Annabelle has a new sibling, the Riccardo family's new dog, Marley.

"I felt so at peace. I was able to sleep through the whole night, besides her jumping on me," Riccardo said while laughing.

Riccardo had surgery in November and needed someone to watch her dog while she recovered. Her neighbor kindly offered to do so.

"I gave him money. I gave him her vet in case anything happened, and that was the last time I ever saw her," Riccardo said.

After watching Annabelle for a short time, Riccardo's neighbor, Charles Fulton, allegedly took her to the SPCA, claiming she was a stray after he got angry with her for knocking over his TV.

"You could have came to me. You could have said, 'I want you to pay for my TV.' I would have gladly paid for it. That wouldn't have been a problem," Riccardo explained.

When Riccardo found out Annabelle was gone, she called shelters in the area until she found her. When she finally did, it was only to find out that Annabelle had been adopted by another family.

"They legally adopted my dog out after he brought her in under false pretenses. I was devastated. The kids were crying. I didn't know what to do," Riccardo said.

This was an outcome Riccardo just was not going to accept.

"I said, I will be back. I'm going to fight," she explained.

Riccardo and her attorney began pressuring the family they believed had adopted Annabelle into returning her.

"Come on, in all reality your kid goes missing, how would you act? Because these are like my children," Riccardo said.

The family eventually returned the dog to the SPCA, two months after adopting her. Tuesday morning, Annabelle was reunited with the Riccardo family.

"I have my baby home. That's all that matters to me," Riccardo said.

Riccardo's neighbor, Charles Fulton, has been charged with abandonment of a dog and making false statements. He is due in court for a hearing on February 16 in Luzerne County.