Global Climate Strike: Find a Protest near You

WILKES-BARRE, Pa. — Protestors are set to stage the largest ever climate strike, and people in our area are taking part. Tens of thousands of students and... 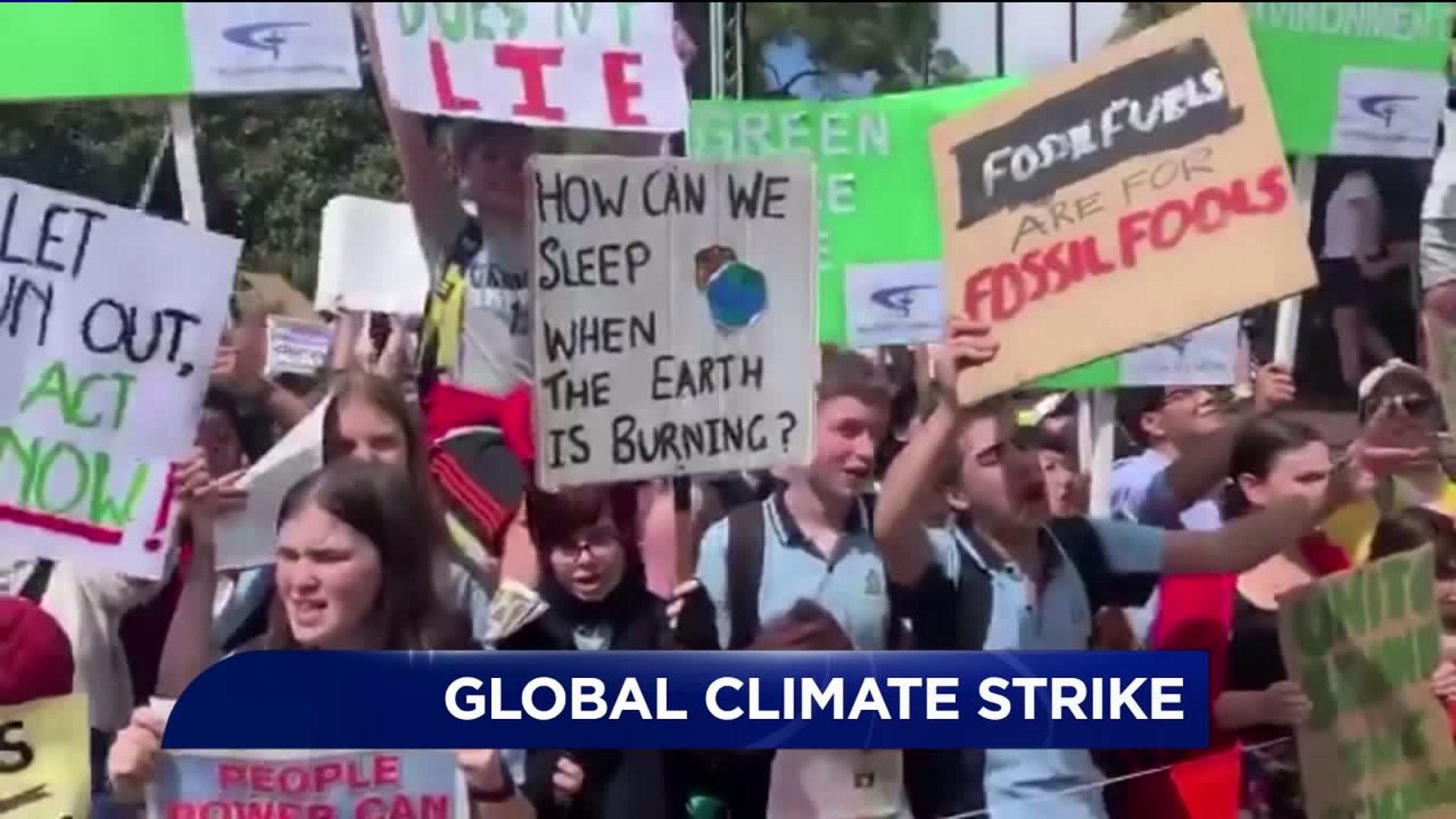 WILKES-BARRE, Pa. -- Protestors are set to stage the largest ever climate strike, and people in our area are taking part.

Tens of thousands of students and workers are set to walk out of schools and businesses around the country on Friday, Sept. 20, as part of a massive protest on climate change.

At 11:45 a.m., a protest is scheduled for Public Square in Wilkes-Barre.

Protests are also scheduled in Scranton and Lewisburg too.

These demonstrations started as a way to demand an end to using fossil fuels and promote renewable energy.

While this isn't the first time there have been protests and marches, Friday is expected to be the biggest day of climate demonstrations in world history.

For a complete list of protest locations and times, head here.

Who's organizing the strikes?

The individual strikes are being organized and executed by young people in their own towns and cities across the world, much like last year's national school walkouts aimed at combating gun violence.

Notable among the organizers is 16-year-old Swedish climate activist Greta Thunberg. She made headlines this week by sharing a fist-bump with former President Barack Obama and testifying before a congressional committee, imploring lawmakers to "take real action."

Thunberg first garnered international attention by skipping school and staging sit-ins outside the Swedish Parliament. That grew into a movement called Fridays for Future, and now, students all over the world participate.

But Friday's global climate strikes are meant to include everyone.

"We feel a lot of adults haven't quite understood that we young people won't hold off the climate crisis ourselves," Thunberg and an international group of activists wrote in an invitation announcing the strikes.

"Sorry if this is inconvenient for you," they said. "But this is not a single-generation job. It's humanity's job."

Where are the strikes taking place?

As of Tuesday, 4,638 events were slated to take place in 139 countries, according to Thunberg.

CNN has not independently confirmed that number.

In New York, 1.1 million students will be allowed to skip class and participate (with their parents' permission), the city's Department of Education said.

You can check the Global Climate Strikes website to see if there's an event near you. Adults who want to participate are asked to check if there's a youth-led action in their community to support.

What do strikers want?

Climate change will most directly impact young people, organizers say. But that doesn't mean it shouldn't be an issue on everyone's minds. They want allies.

Strikers are also demanding "climate justice" to cast the climate crisis as not just an environmental issue, but also an ethical obligation.

The hope is the strikes will show world leaders that it's not just young people who want climate change to be addressed.

"September's climate strikes will kickstart a huge wave of action and renewed ambition all over the world," organizers say.