DALLAS — The deadliest mass shooting in U.S. history in Las Vegas on Sunday night left over 500 people injured. The death toll is now nearing 60. Many vic... 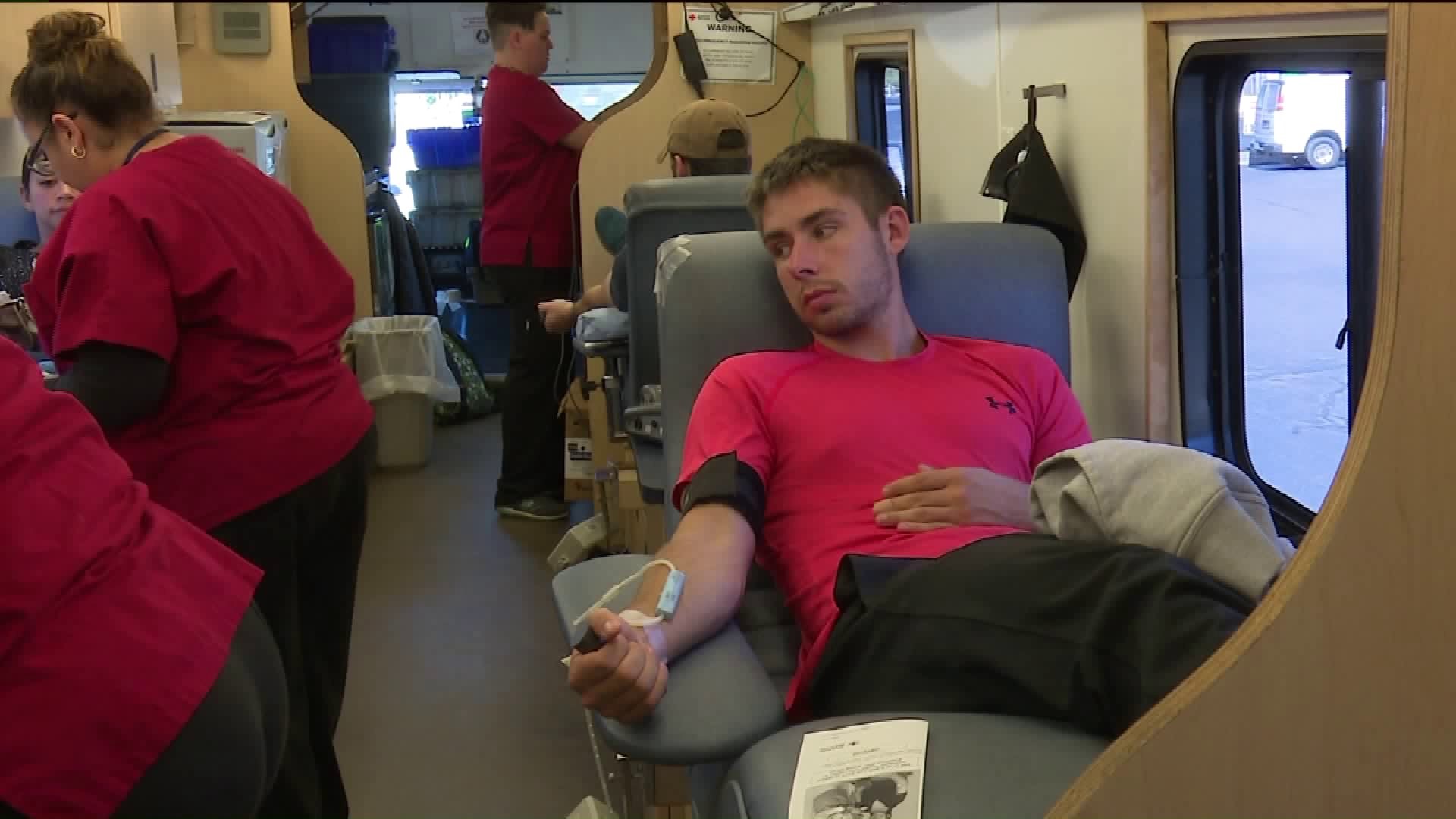 Many victims are in need of blood donations. Procare Physical Therapy in Dallas partnered with the American Red Cross for a previously scheduled blood drive.

Many of the donors who gave blood became especially inspired to donate in light of the deadly massacre.

"Due to the recent events, that is something that I thought of last night. It helped me have more motivation to come today and donate," Garrett Drumheller said.

"I was already planning on donating blood before everything even happened in Las Vegas, but now it even gives you even more reason to kind of help out," said Jackie Pearson.

Some of the lines to donate blood in Las Vegas on Monday were hours long.

Gary Tomalis, the clinic director at Procare was glad to see such strong support from the donors.

"I think it's great to see the support to come out locally, but also nationally after a disaster like this," Tomalis said. "I think it's really important to do it on a regular basis, but I think it's great people are willing to go out and wait in line for the five hours for the people who really need it."

The victims of that deadly shooting in Las Vegas were on some of the minds of the people that donated blood on Tuesday, but so too was the overall good cause of donating to those in need.

"We always need blood in the wake of Las Vegas. There's always something that's demanding it. On a personal level, my father needed a lot of blood before he died, a lot of transfusions. I've always felt that I owed the people who were there for him, so I try to give back," said Joe Kraus.