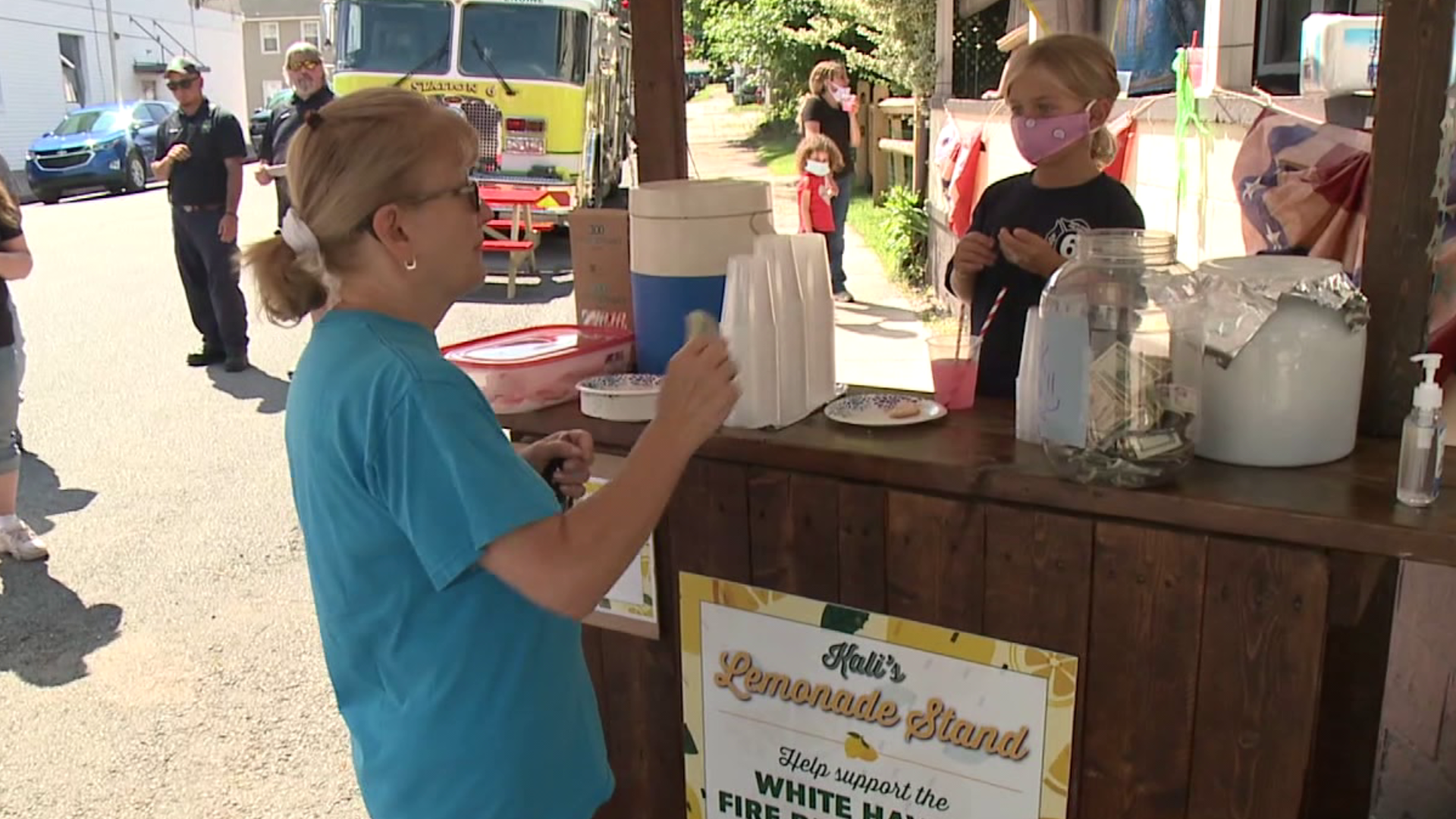 Money she raised here isn't going to a new bike, or barbie doll. It's going to help the White Haven Fire Department.

"Because I wanted too, because they help other people and I want to help them," explained Kali.

"It's awesome ,it's awesome, part of the reason why I wanted to bring the boys by here today, you know?" said Kristy Piccolotti of White Haven said after her and her sons bought lemonade at the stand. "She's doing a  great job for a great community."

Kali's cousin Jared helped out too, both proud of the choices on the table for people who stopped by.

The fire department is primarily funded through its social club. But because of the pandemic a lot of restrictions have been put on it and hindered its fundraising efforts. Firefighters tell Newswatch 16 something like this lemonade stand means a lot.

"This is awesome. Absolutely awesome there's no other way to describe it," said Captain David Raudenbush with the White Haven Fire Department. "We are struggling a little bit with fundraising and our social club is our main support and with the restrictions, every little bit helps  and this is a huge boost, huge."

Especially because the fire department just built a new, much needed, fire house.

One of the reasons some just wanted to stop by and donate.

"It says so much we have such an awesome community here, and losing funding like that it's so important for these guys for upkeep, maintaining what they have going on so, just want to do our part and spread some good cheer for the afternoon there," added Piccoloti.

In all Kali's lemonade stand raised more than $1,200 for the department.

"This is a true symbol of community support Kali comes from a great family and we are absolutely proud to serve the community here," added Capt. Raudenbush.