Getting Ready for Black Friday

HAZLE TOWNSHIP, Pa. — Black Friday is less than two weeks away, and some stores are already getting ready for the oncoming rush. Despite the rise of onlin... 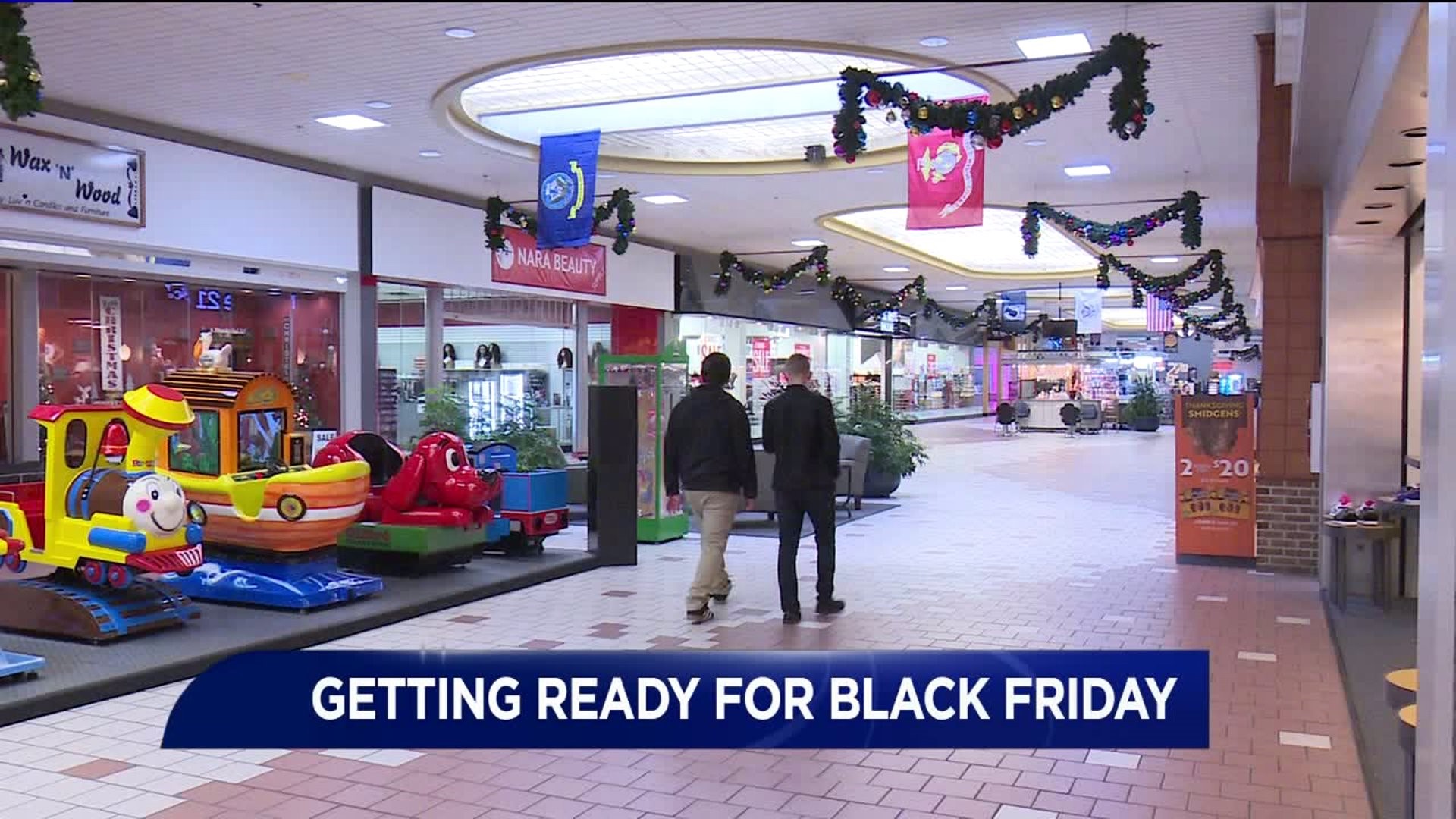 HAZLE TOWNSHIP, Pa. -- Black Friday is less than two weeks away, and some stores are already getting ready for the oncoming rush.

Despite the rise of online shopping, officials at the Laurel Mall are expecting a big turnout from shoppers in Luzerne County.

"Yes, people are doing the online shopping, but they are starting to realize the merchandise, maybe it will be the wrong color, return it back. That is a lot of hassle," said property manager Rocco Aruzzo.

A new jewelry store recently opened inside the Laurel Mall.

"There is a special thing about Black Friday that's great. During the course of the year I have to hurry and pick something up and get involved in the Christmas adventure," Ripa said.

Although the Laurel Mall will be closed on Thanksgiving, some of the anchor stores will be open. The stores inside the mall will be open on Black Friday.

"Some people like to eat then go shop, so it depends on the people what they like," said Joe Barkanic.

"I guess it makes sense to spread it out. Then, it definitely creates less congestion that day," Joshua Yencho said.

With less than 50 days until Christmas, the Laurel Mall is ready for the holiday crowd.