A man who many call a community leader was gunned down last week in Luzerne County. He was laid to rest on Thursday and honored by those who knew him well. 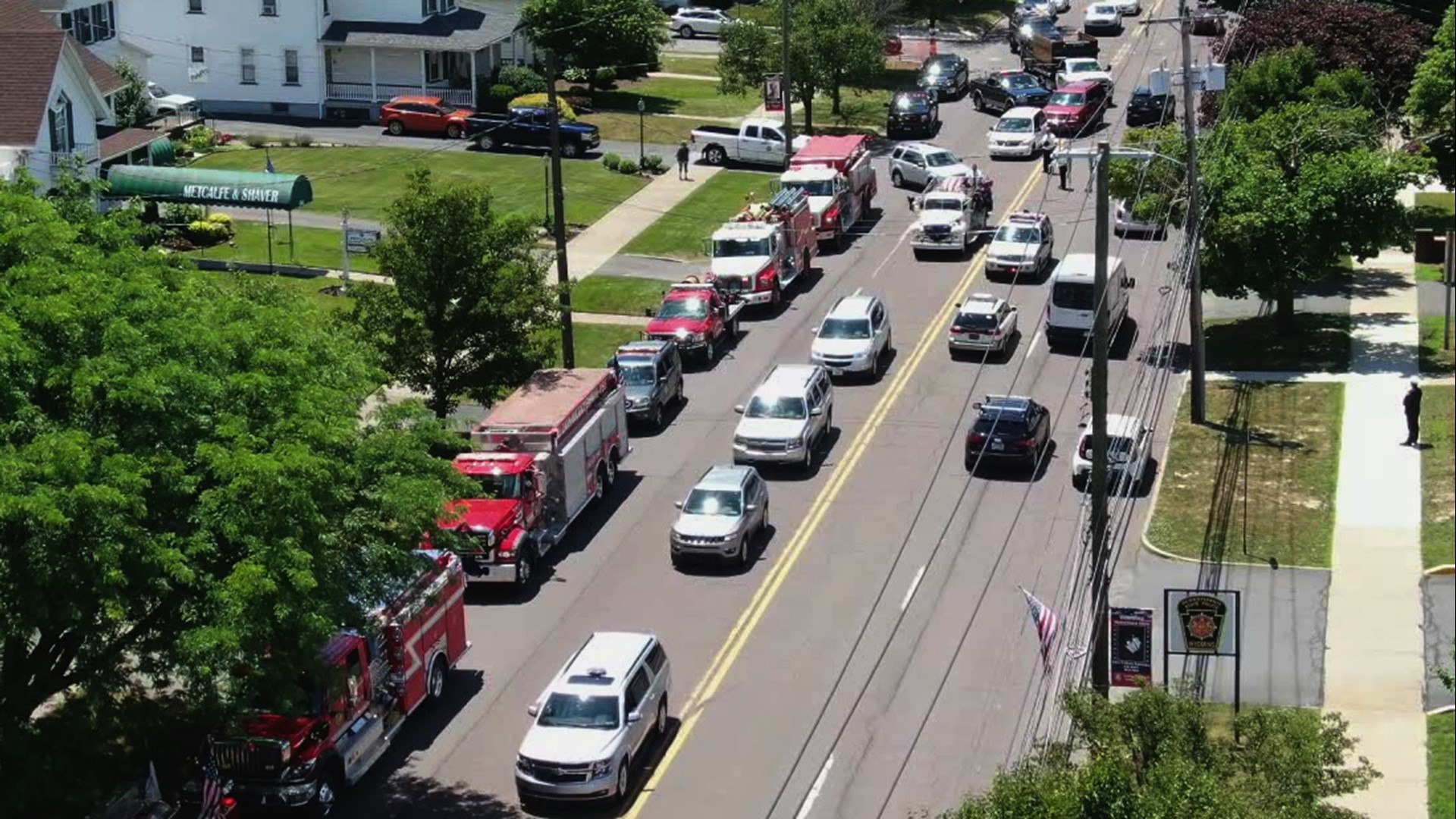 LUZERNE COUNTY, Pa. — A funeral procession was held on Thursday for Robert Kile, who was shot and killed last week in Luzerne County.

Many who took part in the funeral recalled Kile's impact on the community.

"Just an all-around outstanding man. He's the type of man that gives his shirt off his back in a moment's notice, even if he didn't know you," said Mount Zion Bicentennial Fire Capt. John Tillman.

Friends, family, and community members celebrated the life of Kile. The 57 year old from Exeter Township was killed last week by his neighbor along Route 29 over what investigators called a property dispute.

Those who knew him well describe him as a long-time community pillar, who was involved in several different community events and organizations. Most recently, he was the assistant chief at Mount Zion Bicentennial Fire Company.

"Outstanding leader, mentor, family man. I could go on and on. Deep, deep, deep friend, just the love I personally had for him and his family and they had for us. Like a lot of other people here, our lives will never be the same."

After the funeral service, a huge escort that included area fire departments and police departments shut down part of Wyoming Avenue in Wyoming en route to Chapel Lawn Cemetery in Dallas, where Kile was laid to rest.

The circumstances of his death are still hard to grasp for his friends and family.

"As far as those who didn't know him, just know that he was a great man, an irreplaceable man, and a type of guy who you wish you had 100 Bobs running around in your community."