Children who spent the school year learning inside are getting an opportunity to have fun and socialize again at free summer camp. 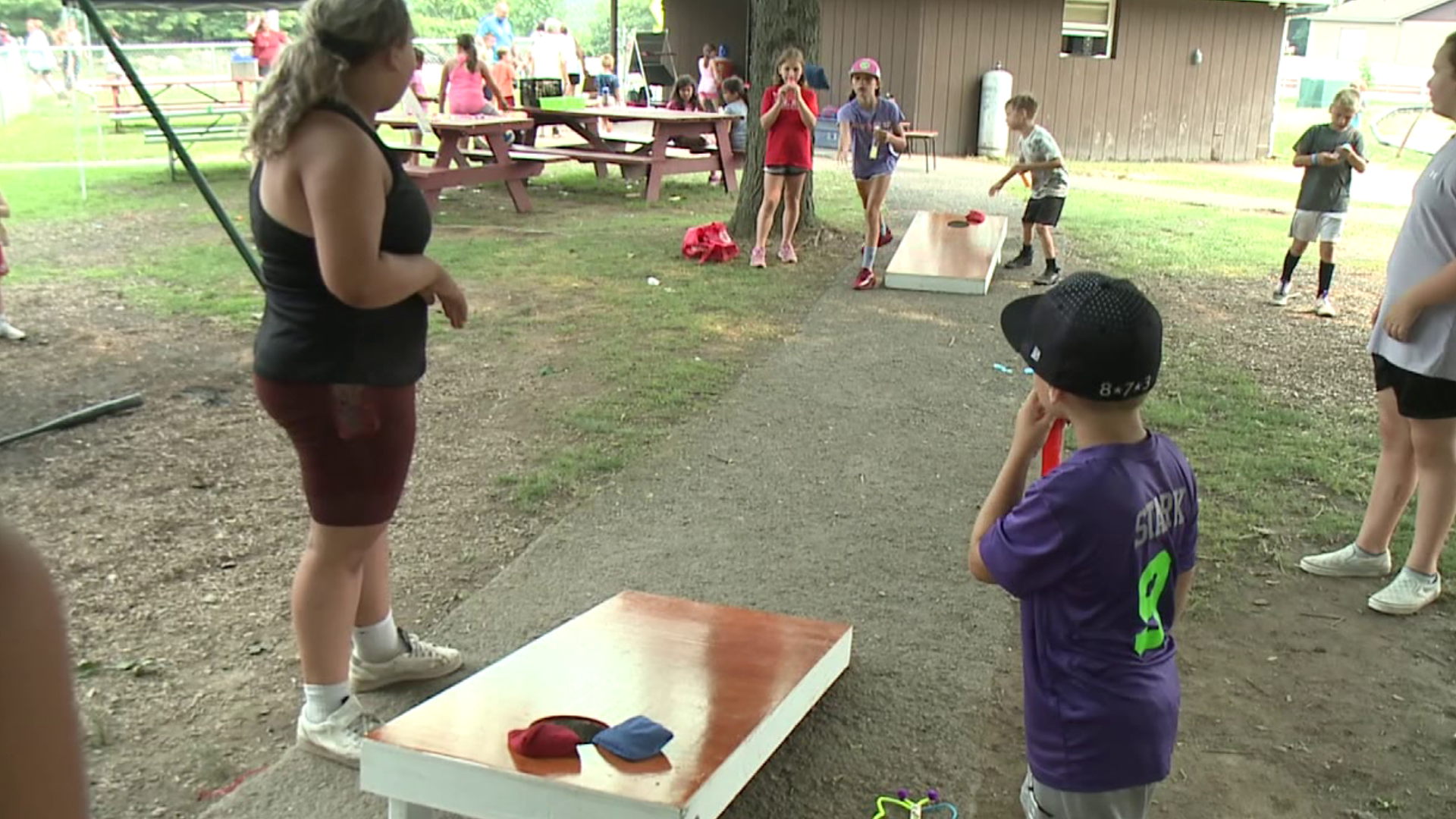 PLAINS, Pa. — Good, old-fashion fun – that was the idea behind starting a free summer camp eight years ago that's held at Birchwood Hills Park for children who live in Plains Township.

"We have different activities for them; they have a sport every day," explained camp director Michelle Waslasky. "They have a snack, and then they'll have their lunch, and then we do some arts and crafts with them, go on some nature walks, and it's just kind of like being outside and learning what it's all about just to play. I mean, it's kind of simple, but it's what we need to get back to it."

"I like playing with my friends, playing baseball and cornhole and stuff like that," said eight-year-old Brennan Patterson.

Which some campers say is a great alternative to what they would be doing if it weren't for a camp like this.

"Probably just sitting on the couch and doing nothing," said nine-year-old Lillian Brooks.

Camp leaders tell Newswatch 16 summer camp this year was more important than other years because it meant a lot to the children who spent the majority of their school year inside.

"Yeah, this year has been the toughest in all the eight years this has been the toughest, but a lot of friendships were made here that probably never would have happened before," added Waslasky. "And the nice part about me working in the school is I get to see some of these kids in school, and they're talking to kids that they never knew before."

Campers say this camp comes as a relief because the school year was tough too.

"It was hard because I had to wear headphones because I had two other siblings and if they didn't wear their headphones. I would be able to hear all their teachers, and it was just boring just to sit and just watch the teacher," said Lillian.

But now, children like Lillian are getting an opportunity to socialize that they didn't realize they missed until it was taken away.

"It's, it's much more fun than just being with my sisters outside. Yeah. I like coming here because you get to see new faces and make new friends," Lillian said.

The Plains Township free day camp runs from 9 a.m. to 1 p.m. until July 30 and is open to children in first to fifth grade who live in the township.