WILKES BARRE TOWNSHIP,  Pa. — With the snow cleared off the roads, an icy mess has taken its place. Customers headed to the Lowe’s in Wilkes Barre T... 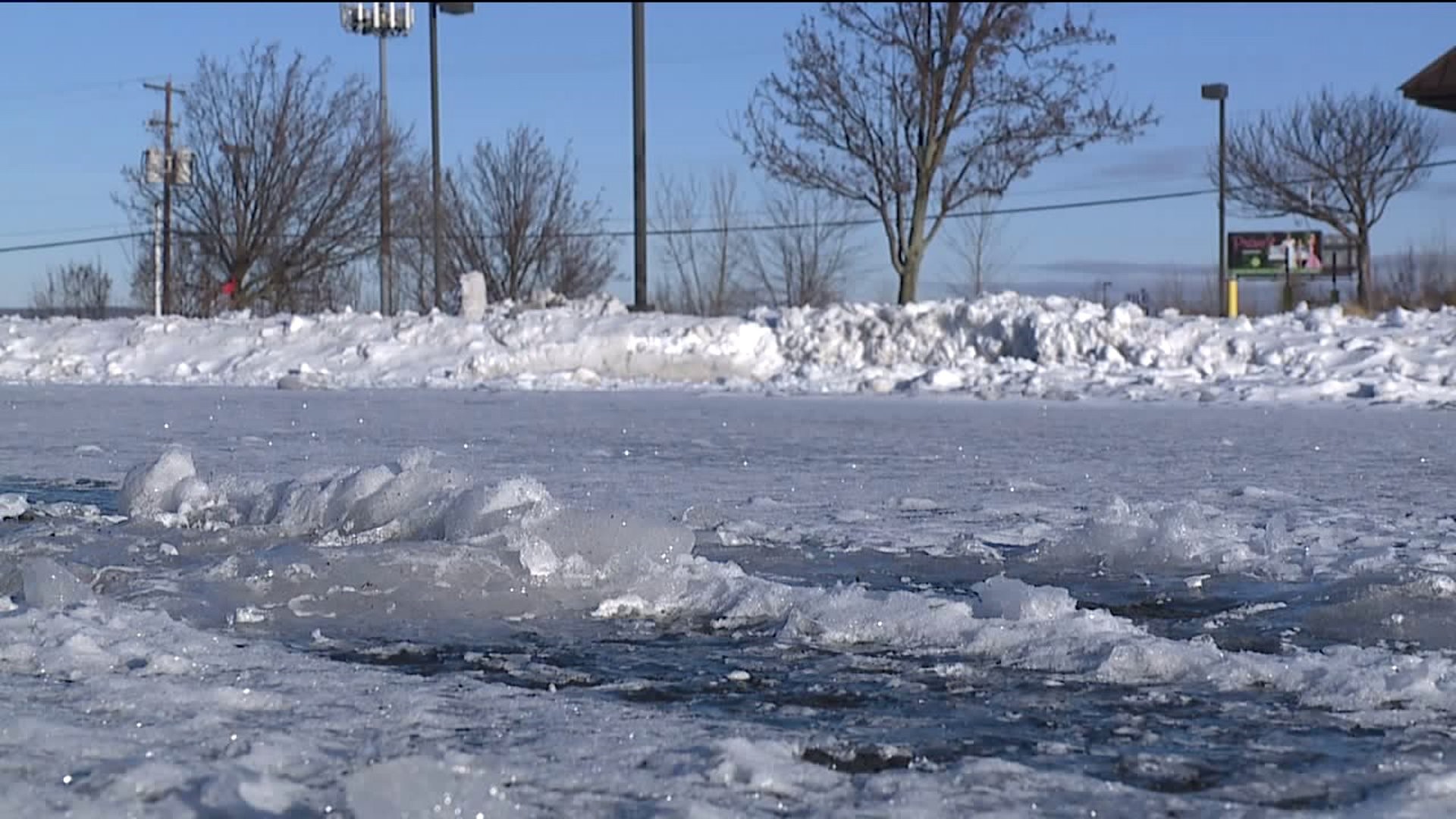 WILKES BARRE TOWNSHIP,  Pa. -- With the snow cleared off the roads, an icy mess has taken its place.

Customers headed to the Lowe's in Wilkes Barre Township early Tuesday to try and get ahead of Mother Nature.

"Mother Nature definitely left us an icy mess with the bitter cold temperatures," said Martin Anstett, who is a manager of the store.

Anstett told Newswatch 16 that customers have been coming in early in the morning and later after work to buy rock salt and other tools to battle their icy sidewalks and driveways.

Customer Alex Golanoski was buying some rock salt to stock up in the aftermath of the storm.

"I know they were predicted more snow than ice, but the ice is what really got us."

With warm temperatures in the forecast, the ice will hopefully melt on its own. But warmer temperatures can be just as dangerous.

”The ice has been melting during the day and the snow and really freezing up at night – so people are in both in the evening and early morning to get salt and get their cars out and get their lives back together," said Anstett.

And if you're frustrated that your rock salt isn't melting the ice, there is a scientific answer behind the problem. Anstett says that rock salt melts at higher temperatures. If you are having trouble, try calcium chloride.

While the ice and cold may have you feeling bleak, there is hope; only two months until the official start of spring.