SUGARLOAF TOWNSHIP, Pa. — After a devastating fire in 2014, Damenti’s Restaurant has reopened in a different location in Luzerne County. “I think it... 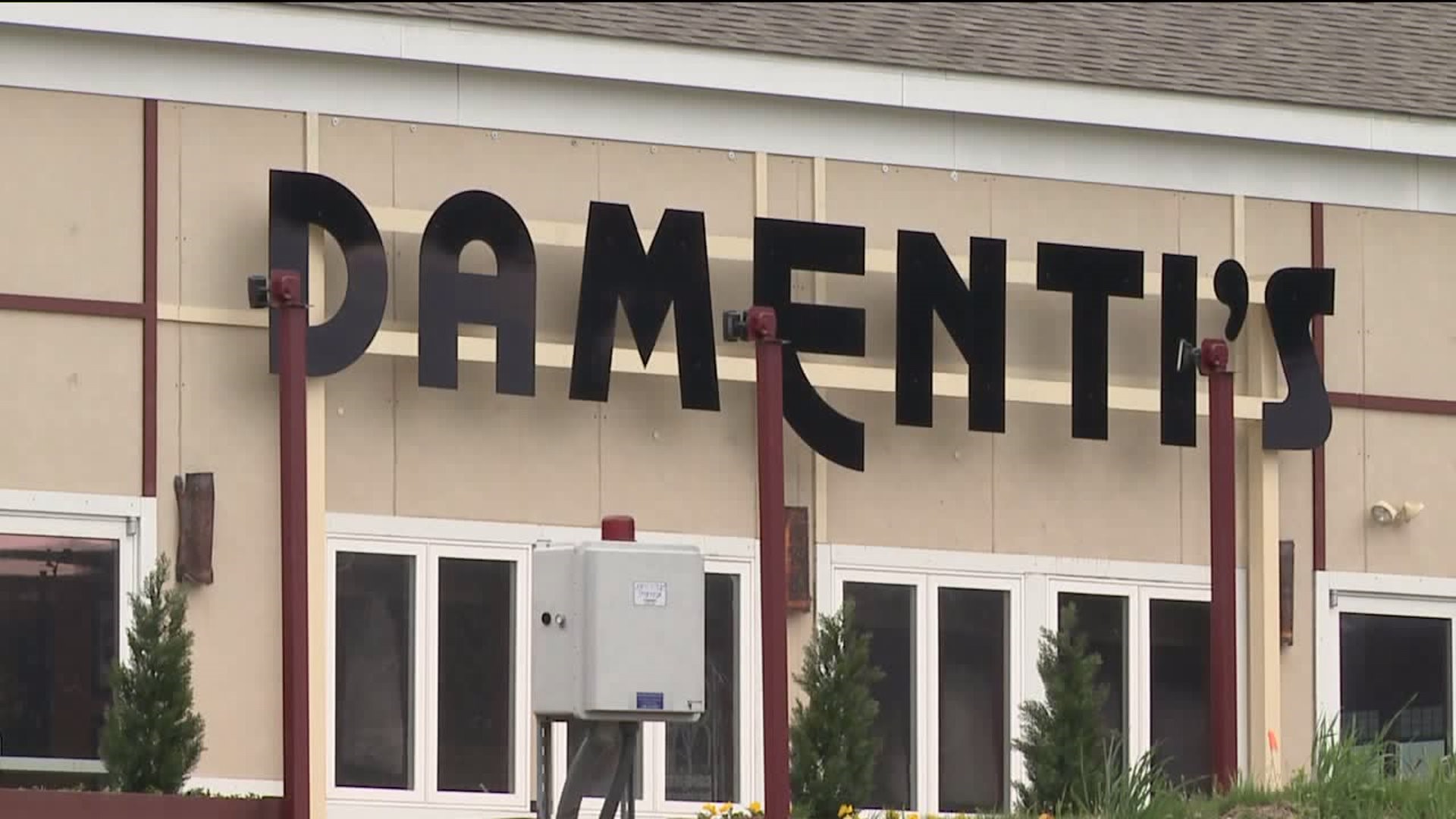 SUGARLOAF TOWNSHIP, Pa. -- After a devastating fire in 2014, Damenti’s Restaurant has reopened in a different location in Luzerne County.

"I think it's awesome. It's been so long since they had a that I thought maybe it wasn't ever going to happen and when I heard they were coming in here, I was all excited,” said Anne Harner of Freeland.

The restaurant and owners' home which was above the eatery in Butler Township was destroyed by fire in 2014.

The cause was undetermined.

It has been a long 4 years, but the owners say they are thrilled to be open again at the new location near Hazleton.

"This is great, it's been a long time that we've been working on this, it's been 4 and a half years we've been closed so this is a big moment,” said owner and executive chef Kevin McDonald.

The new location is eclectically decorated, with a wall fountain, a cuckoo clock and other artwork, including a portrait of Kevin McDonald’s mother.

The walls and ceiling of the kitchen are covered with a mural courtesy of a graffiti artist from Miami.

"It feels really good to be back with the same old crowd. I mean it went well up in the Mountain Top area, it's going to go well here in the Conyngham area,” said Gary Womelsdorf of Nanticoke.

The full dinner menu will be served here at Damenti's starting next week, on May 8th.

The owners promise it will be the original menu with 'tried and true favorites' and a few surprises, too.