WNEP and Northeastern Pennsylvania were once again featured on HBO's Last Week Tonight with John Oliver over the weekend. 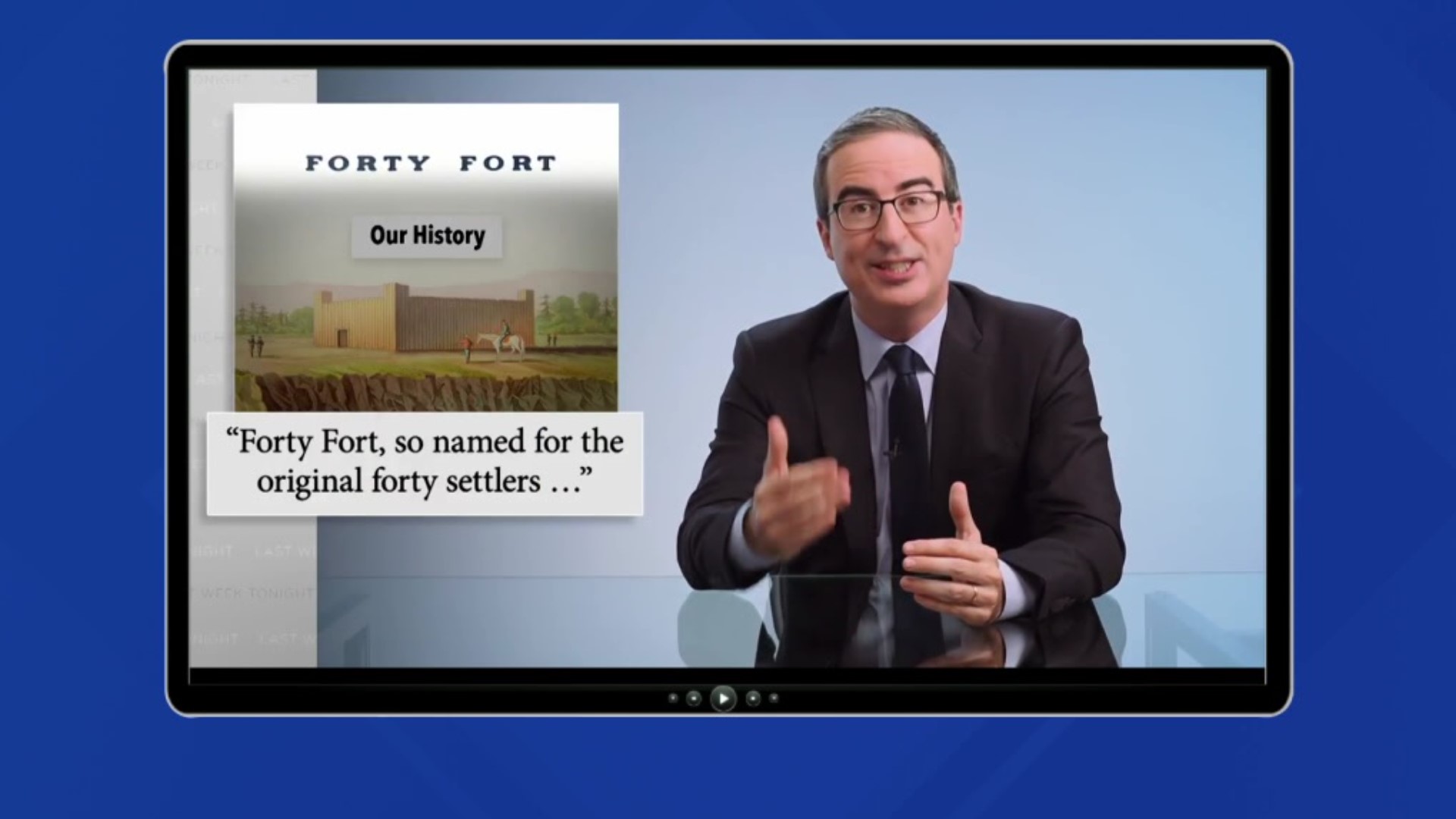 FORTY FORT, Pa. — Late-night host John Oliver had a lot to say about how the borough of Forty Fort got its name.

During a segment about voter fraud on his show, Last Week Tonight, Oliver ran a clip from our Newswatch16 report on a man accused of filling out an absentee ballot application for his deceased mother.

"And this is not the most important thing, but it happened in a town called Forty Fort, which is just delightful," Oliver said.

Forty Fort was named after the original 40 settlers sent from what is now Connecticut to claim lands in Pennsylvania back in the late 1700s.

But Oliver has his own theory about how the borough was named. He joked that the settlers called it Forty Fort solely because it sounded funny and came up with a backstory just in case anyone questioned it.

"Who's going to call us out on that? It's 1770, and most people can't read. And that is how Forty Fort got its name. And I will take that to my gravey grave," Oliver joked.

But it seems John Oliver's origin story has fallen on deaf ears because a lot of people here don't even know who he is.

The people of Forty Fort respond to John Oliver @LastWeekTonight on @WNEP tonight at 5:30. Spoiler alert: a lot of people here don't know who you are @iamjohnoliver😂 pic.twitter.com/e4z5BbAgEw

Know him or not, some say any publicity is good publicity.

"We got national attention on our little town for a nice comic relief kind of thing in these tough times," said Jeff Piazza, owner of the White House Diner.

Mark Riccetti with the Luzerne County Historical Society looks at it as an opportunity to educate people on the history of Forty Fort, which played a pivotal role in the Battle of Wyoming, also called the Wyoming Massacre, a turning point in the Revolutionary War and one of the war's worst American defeats.

"When news finally made its way back across the ocean to Britain, and people heard about how terrible the massacre was afterwards, public opinion in England actually started to turn. And they started to say, 'if this is what we have to do to keep America, let them go,'" said Riccetti.