WILKES-BARRE — A former Wilkes-Barre police officer hid his face with an umbrella when he walked into the Luzerne County Courthouse on Tuesday. But the ra... 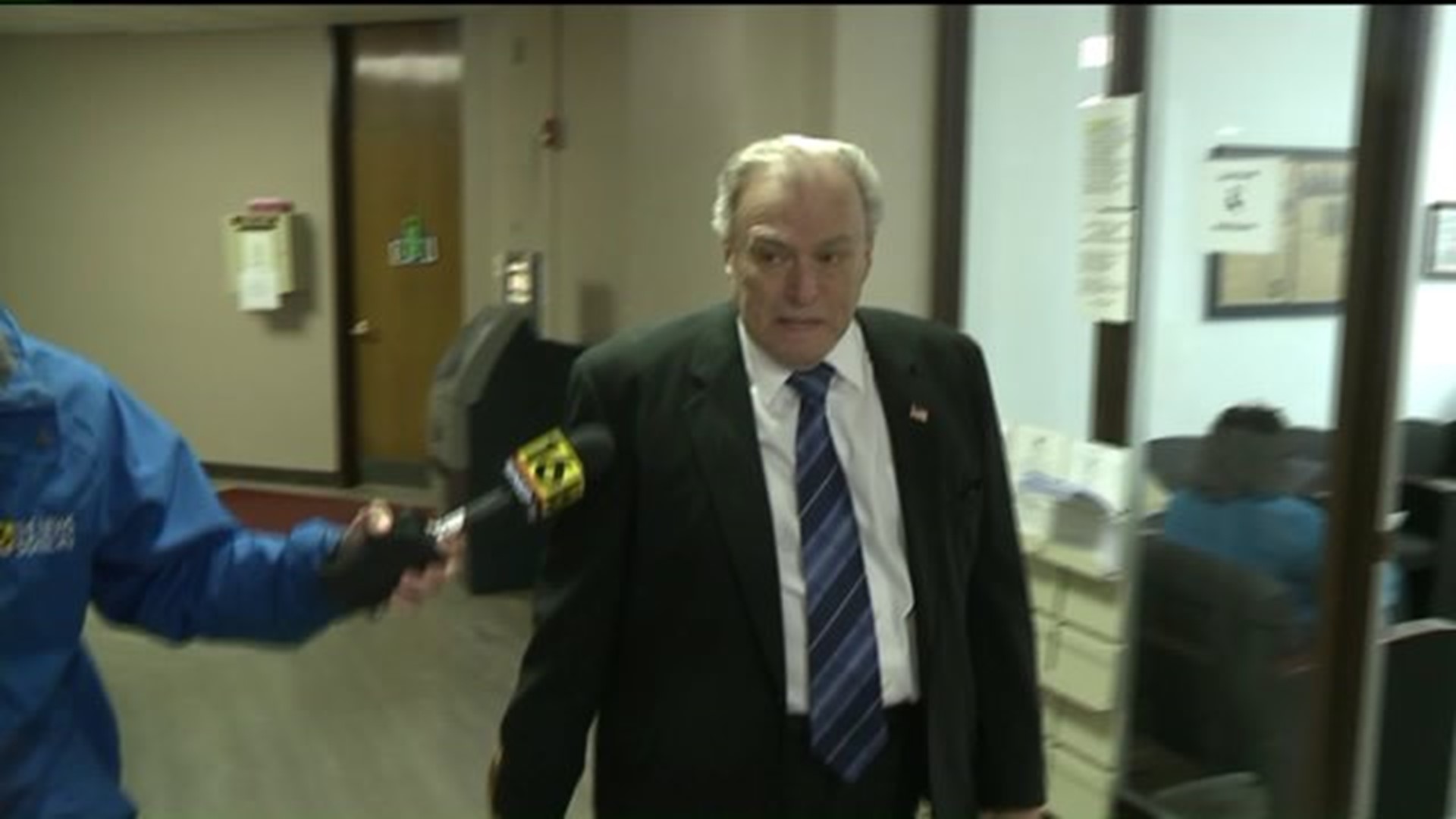 WILKES-BARRE -- A former Wilkes-Barre police officer hid his face with an umbrella when he walked into the Luzerne County Courthouse on Tuesday. But the rain could not wash away the emotion expressed on Gerald Cookus' face and his umbrella could not hide it, either.

Cookus appeared to break down just before entering an elevator to lead him into the courtroom. That's where he was sentenced to between three months and two years in prison.

He admitted in October to sexually assaulting an 8-year-old girl in his home on Mayock Street in Wilkes-Barre.

When asked if he was sorry, he told Newswatch16, "What do you think? Very!"

Newswatch 16 talked to Cookus in the 1990s when he worked security at Wilkes University.

Before that, he was a lieutenant in the Wilkes-Barre Police Department.

Most recently, he worked as a security greeter at Solomon Plains Education Center for the Wilkes-Barre Area School District.

Authorities started investigating his crime after the victim's mother noticed Cookus hugging her daughter goodbye, and grabbing her funny.

Court papers show he admitted to police he touched the girl inappropriately because he believed she thought it felt good.

School leaders do not think the assaults happened on school grounds. He was fired from his position at Solomon Plains Elementary in November.

Inside the courtroom, his lawyer told the judge he's living with the loss of his family's respect.

Before he was sentenced, Cookus told the judge through tears, "this is the worst thing in my life and I'm sorry. I'm very, very sorry."