Joanne Van Saun admitted in court Thursday to charges of endanger the welfare of children and obstruction in child abuse cases. 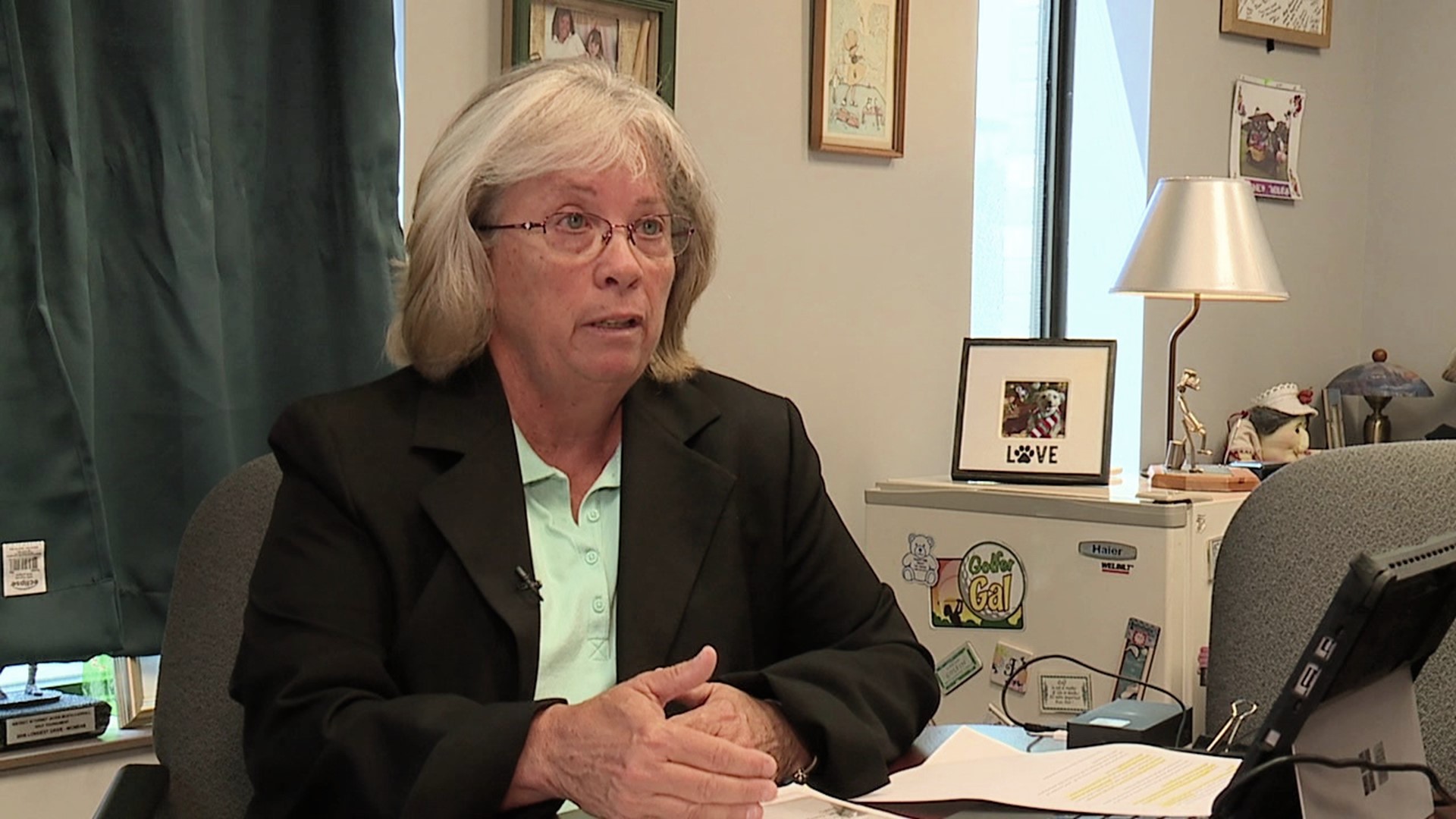 WILKES-BARRE, Pa. — The former director of Luzerne County's Children and Youth Services has pleaded guilty to one count of endangering the welfare of children and two counts of obstruction in child abuse cases, according to the Pennsylvania Attorney General's office.

Joanne Van Saun resigned from her position after she was arrested in July 2021.

Investigators said that in May 2017, Van Saun, 58, directed Children and Youth employees to terminate at least 217 reports of child abuse and neglect received from the state ChildLine system. These cases were part of a backlog that was initially reported by the press in May 2017.

Investigators said Van Saun came up with a plan to eliminate the backlog without investigating whether any of the reports required further action to protect the children.

People in Wilkes-Barre who have personal connections to CYS tell us they hope this will lead to justice for the children who suffered because their cases were never looked into.

"That's her wrongdoing. She's punished, and those kids will get that justice that they deserved because of what she did," said Melissa O'Brien of Wilkes-Barre. "It doesn't matter what she was doing or how she was doing it. Either way, there was a problem, there was an issue coming up, and children were still being hurt under her custody."

O'Brien of Wilkes-Barre says she has personal issues with CYS and has been following along since Van Saun's arrest in July.

Investigators said Van Saun directed employees to get rid of at least 217 reports of child abuse and neglect received through the state ChildLine system. The reporting service is part of a mandated statewide child protective services program.

Van Saun told employees to do this to try to clear a backlog of close to 1,700 outstanding referrals that were reported stemming from Luzerne County CYS.

"Which was just uncalled for because there's more important cases that have children that were being seriously abused that she wasn't doing anything about."

O'Brien says she hopes this means justice for the children left unhelped and jail time for Van Saun.

"Oh, yeah, definitely, it's where she belongs because there's parents out there that lost her children, due to her mistakes, due to her choices."

The plea was entered in Dauphin County court on Thursday. Van Saun will be sentenced at a later date.