UPDATE FRIDAY: The case against Robert Collins was bound over for trial, according to his attorney. WILKES-BARRE, Pa. — A former Wilkes-Barre police offic... 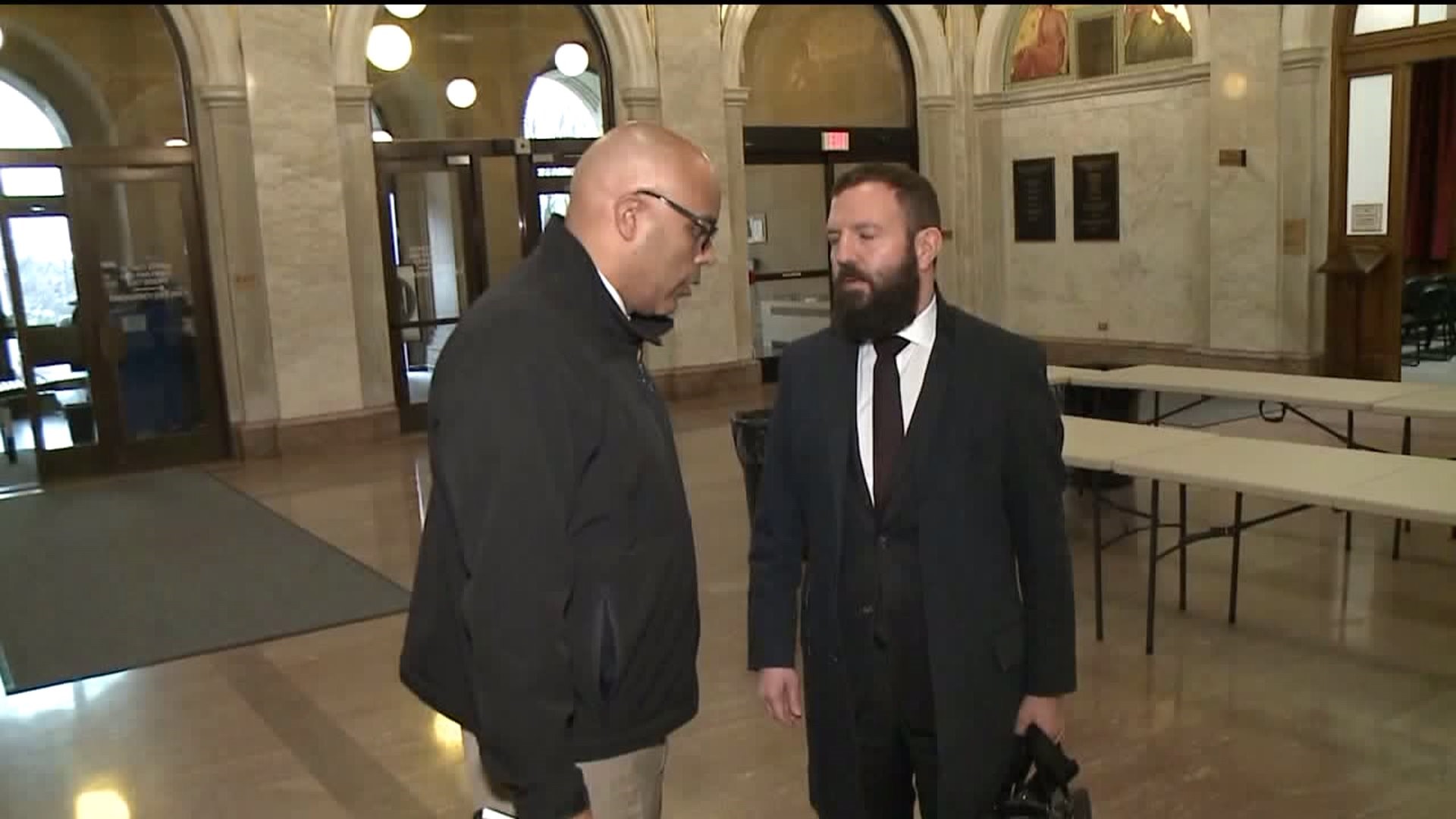 UPDATE FRIDAY: The case against Robert Collins was bound over for trial, according to his attorney.

WILKES-BARRE, Pa. -- A former Wilkes-Barre police officer accused of sexually assaulting four women while he was on the job was back in court on Thursday.

After hearing testimony from four alleged victims, the judge is still deciding whether the case will go to trial.

Preliminary hearings typically take a couple of hours or less and then the judge makes his decision.

After hearing the facts of this case, the judge told us he wouldn't have his decision until Friday.

Former Wilkes-Barre Police Officer Robert Collins is accused of forcing four women to perform sex acts in exchange for getting out of criminal charges.

The alleged victims testified with different stories about what played out, but each said Collins sexually abused them while on duty.

After that, the judge was supposed to make a decision on whether the case would go to trial, but the judge decided he needed more time to make that decision.

"It's a fairly complex case involving a span of time and I would submit very shaky allegations, so it's going to be a task for His Honor to go through the testimony and apply the law to the facts to the facts. Very happy to see such a thoughtful consideration by His Honor," said Collins' attorney Evan Hughes.

Collins' attorney is hoping the judge will dismiss some of the charges against Collins.

"My client is absolutely maintaining his innocence. We'll continue to do so and depending on what the judge decides, we'll take the next appropriate steps from there."

The judge plans to release his decision on Friday morning.