PLAINS TOWNSHIP — For years, it was a bank in Luzerne County. Then it became part of a store. Now what people call a landmark in Plains Township is being ... 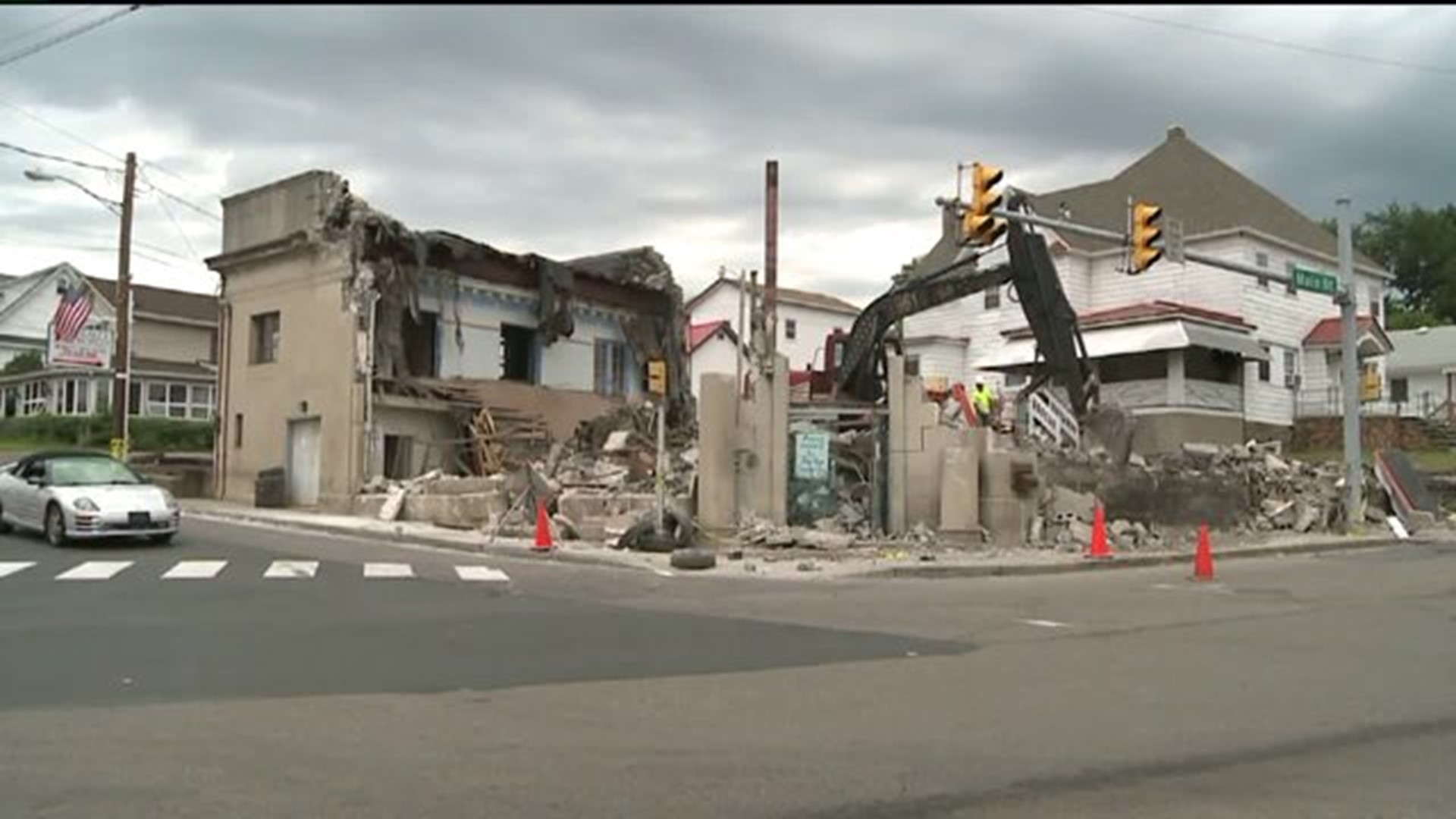 PLAINS TOWNSHIP -- For years, it was a bank in Luzerne County. Then it became part of a store. Now what people call a landmark in Plains Township is being torn down.

Layer by layer, pieces of Plains Township history tumbled to the ground.

The former Citizens Bank building is coming down after years on the corner of Main and West Carey Streets.

"When I was going to grade school, we had a bank book, and we would always put some money in up at the bank," said Giuli.

About 30 years ago, SneakerKing across the street bought the building and used it as an annex. Last year the owner said he offered the building to the township. But the township found it had structural problems, condemned it, and opted to tear it down.

People who live in the area say this building coming down will change the face of Plains Township.

"It's a landmark in Plains, and I think it's been there for forever, and it was beautiful. It was nice to go in there, and we're going to miss it," said Beverly Pavia of Plains Township.

The owner hasn't decided what he'll do with the space after the demolition is done.

"I used to go there as a young person, and it's just sad to see it come down," said Pavia.

But as neighbors look on, it's clear what once stood here won't be forgotten.