WILKES-BARRE TOWNSHIP, Pa. — Waxing, washing, and window cleaning were just some of the things space aliens could be found doing during their invasion of ... 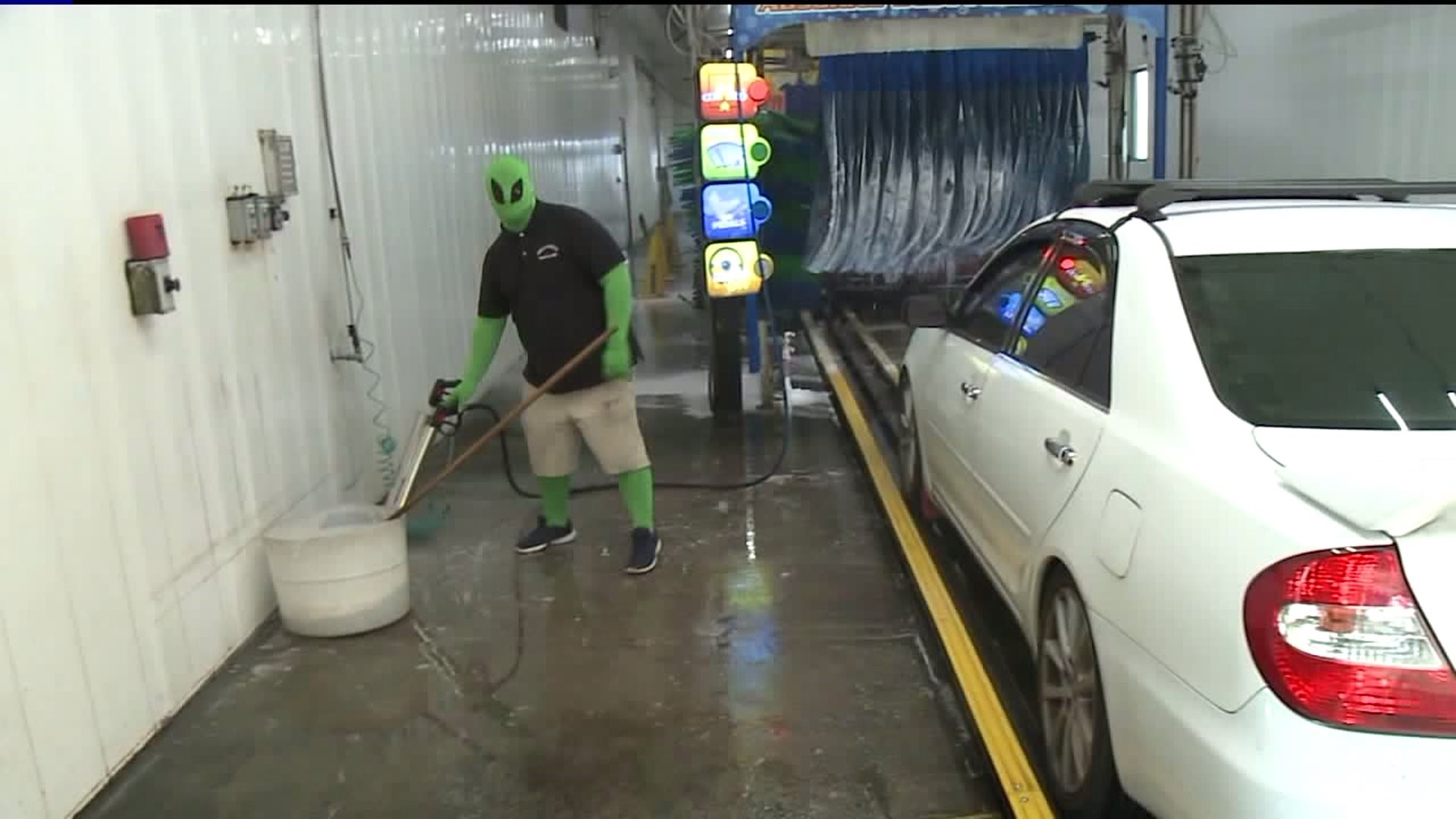 WILKES-BARRE TOWNSHIP, Pa. -- Waxing, washing, and window cleaning were just some of the things space aliens could be found doing during their invasion of Orloski's Car Wash & Lube Shop on Mundy Street in Wilkes-Barre Township on Friday, leaving some customers with questions.

Of course, these aren't invaders from another galaxy. This is just some fun employees are having while others are following an online call-to-action and gathering in Nevada at Area 51. Area 51 is a highly classified Air Force facility that many believe could be hiding evidence of alien visits.

"Well, when the whole story about the Area 51 storming came out, I had a whole bunch of employees say they needed that week off to go out there to find out if the aliens were real or not," said Jerry Orloski, owner of Orloski's Car Wash & Lube Shop.

Orloski said he couldn't afford to lose that many employees at once, so he decided to bring Area 51 to his shop.

"I'm loving this. Brings great business for us. It's a lot safer than going out to Area 51," employee Jonathan Evans said.

"I just think it's funny because nobody knows who we are, so they come in and they're like, 'Oh my God, what are you doing?'" said employee Taylor Herron.

Customers tell Newswatch 16 space aliens are not something they normally see at Orloski's.

As for the call-to-action for people to storm Area 51 in hopes of uncovering the truth, customers and employees have mixed feelings.

"It's honestly stupid. There's no reason that they should all go out there and make the trip. It's silly. It's just a myth," Evans said.

"You don't get told the whole story, so how can you judge on it?" said Wayne Rhoen of Beaumont.

"I don't know. It's just like the mystery of not knowing what's there, so everyone wants to know what's there," Herron said.

We may never know what, if anything, is hidden in Area 51, but we do know this is just a car wash having a little out-of-this-world fun.